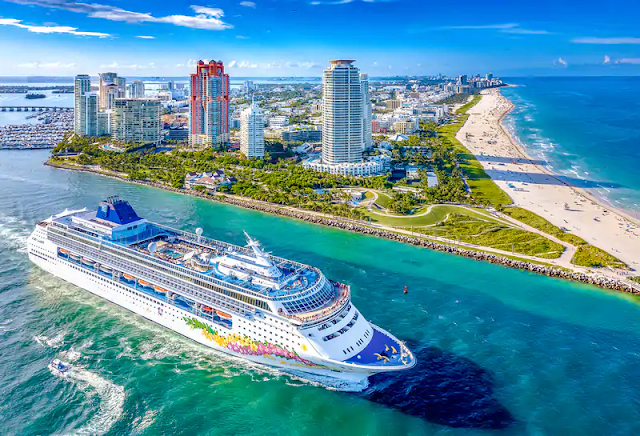 Florida Gov. Ron DeSantis said the state is filing a lawsuit against the federal government and the Centers for Disease Control and Prevention to allow cruise ships to resume sailing immediately, after they were shut down for over a year due to the COVID-19 pandemic.

DeSantis announced the legal action during a news conference Thursday at PortMiami.

The governor, who signed an executive order forbidding Covid vaccine passports, said the cruise industry won’t get an exception. He’s adamant that public entities, along with the private sector, not require people show proof that they have been vaccinated.

Even if cruise lines wanted to move forward with a vaccine passport, DeSantis said he would oppose it.

DeSantis and Florida Attorney General Ashley Moody said the cruise industry shutdown was harming tens of thousands of Floridians in the state who depend on it for their livelihood.

Florida is the nation's cruise capital with three of the world's busiest ports: Miami, Port Canaveral near Kennedy Space Center, and Port Everglades near Fort Lauderdale. Millions typically cruise from Florida each year and the industry generates billions for the state's economy.

The CDC shut down the cruise industry a year ago when several coronavirus outbreaks were tied to ships worldwide.

On Friday, the CDC updated its guidance to say that fully vaccinated people can travel within the U.S. without getting tested for the coronavirus or going into quarantine afterward. It also issued more technical details around its conditional plan to allow cruise ships in U.S. ports, but it did not say when cruise lines could resume sailing.

DeSantis has maintained the ban disproportionally impacts Florida and has said that cruising has resumed in much of the world, forcing Americans to fly to other ports in the nearby Bahamas. Industry leaders say there have been no new outbreaks tied to their ships.

“People are going to cruise one way or another. The question is are we going to do it out of Florida, which is the number one place to do it in the world, or are they going to be doing it out of the Bahamas or other locations?” DeSantis said.