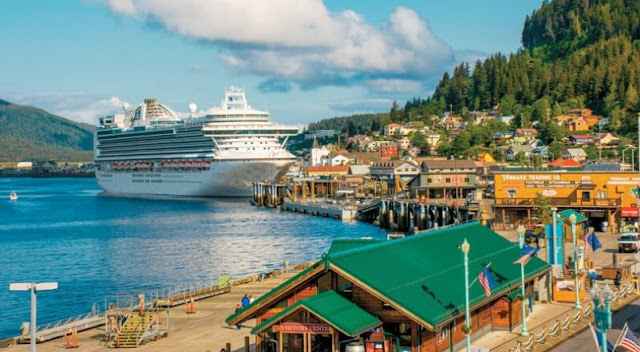 As each day passes, hope for salvaging part of the 2021 Alaska cruise season becomes more challenging—given the combination of current U.S. law and Canada's recent decision to ban all cruising from its waters through February 28, 2022.

The latest? The U.S. House Transportation and Infrastructure Committee recently sent a letter about the negative impact of that ban to Canada’s ambassador to the United States. That bipartisan letter was signed by U.S. Congressional representatives Peter DeFazio, Bob Gibbs, Sam Graves, Salud Carbajal and Don Young.

Current U.S. law does not permit foreign-flagged ships (most of the global cruise fleet) to sail between U.S. ports without a foreign port call. So, port calls at such Canadian destinations as Victoria and Vancouver, B.C., are essential during the Alaska season.

It's also expected that the current Canadian cruise ship ban (if that continues) will adversely impact the fall New England/Canada season.

The committee's letter encouraged the Government of Canada to work together with U.S. officials and cruise and travel stakeholders to find “a mutually agreeable solution.” It suggested that Canada could permit ships to make a “technical stop” in Canada with those ships not letting any passengers go ashore.

"It is our hope that this solution would both address the important health concerns of Canadian authorities and allow cruises to resume with the approval of U.S. government authorities when it is deemed safe to do so," the letter stated.

In a statement, Zane Kerby, president and CEO of the American Society of Travel Advisors (ASTA), said: “Government action—here and abroad—has played a key role in the decimation of our industry, the most recent example being the Canadian government’s announcement that it is closing its ports to cruise ships through early 2022."

ASTA said it's seeking a solution to the impasse whether that be legislative, regulatory or diplomatic: "With the vaccination rollout underway and the U.S. Centers for Disease Control and Prevention working with cruise lines to resume cruising from U.S. ports, there is promise for the summer and fall seasons. Government and industry must work together, find a solution and keep that promise.”

Cruise Lines International Association (CLIA), the cruise industry’s trade association, thanked the House members for their leadership in facilitating dialogue with the Canadian government. In a statement, CLIA said that it "looks forward to working with the Canadian and U.S. authorities on a solution that addresses the public health needs of Americans and Canadians alike, while responsibly restarting a critical economic driver for the Pacific Northwest and Alaska."