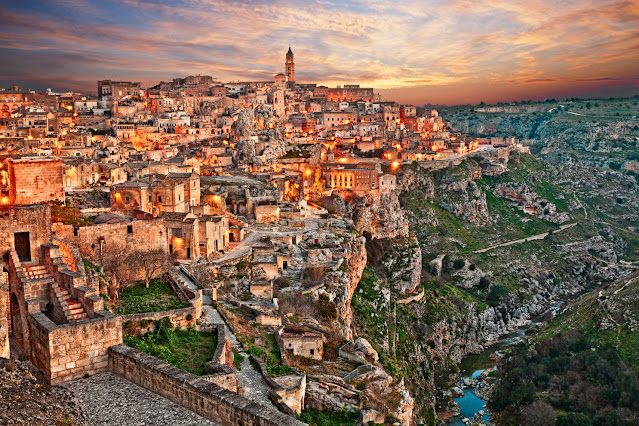 I must admit that I love old-world medieval towns filled with historic architecture, cobblestoned streets dotted with small intriguing shops filled with hand made goods. It always makes me feel like I'm truly experiencing something totally different than my home town and this is one of the treasures I value in traveling.

I was watching a performance of Il Volo, an operatic trio whom I love, and they were performing at an outside venue in this incredible town which I had to look up immediately, it was Matera, Italy.

Matera is a city on a rocky outcrop in the region of Basilicata, in southern Italy. It includes the Sassi area, a complex of cave dwellings carved into the mountainside. Evacuated in 1952 due to poor living conditions, the Sassi now houses museums like the Casa Grotta di Vico Solitario, with period furniture and artisan tools. Nearby rock churches include St. Lucia alle Malve, with 13th-century frescoes.

A UNESCO World Heritage site since 1993, the Sassi represent a unique hamlet throughout Italy: the earliest inhabitants date back to the stone and bronze age, in the middle ages it boasted several monastic communities and later became a vibrant farming centre, owing to the rich harvests from the surrounding hills and plains. 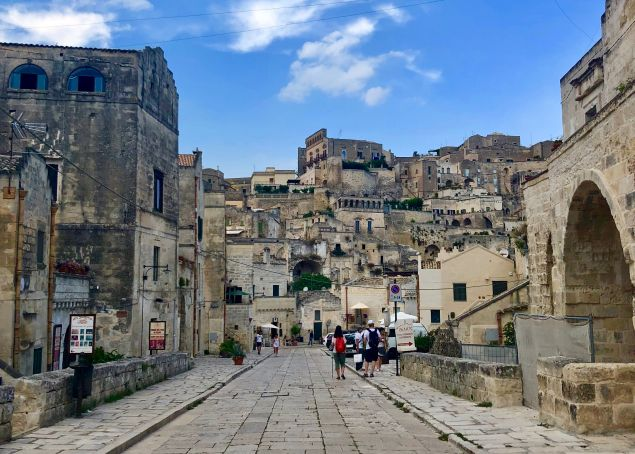 Matera has gained international fame for the "Sassi di Matera". The Sassi originated in a prehistoric troglodyte settlement, and these dwellings are thought to be among the first ever human settlements in what is now Italy. The Sassi are habitations dug into the calcareous rock itself, which is characteristic of Basilicata and Apulia. Many of them are really little more than small caverns, and in some parts of the Sassi a street lies on top of another group of dwellings. The ancient town grew up on one slope of the rocky ravine created by a river that is now a small stream, and this ravine is known locally as "la Gravina". In the 1950s, as part of a policy to clear the extreme poverty of the Sassi, the government of Italy used force to relocate most of the population of the Sassi to new public housing in the developing modern city. 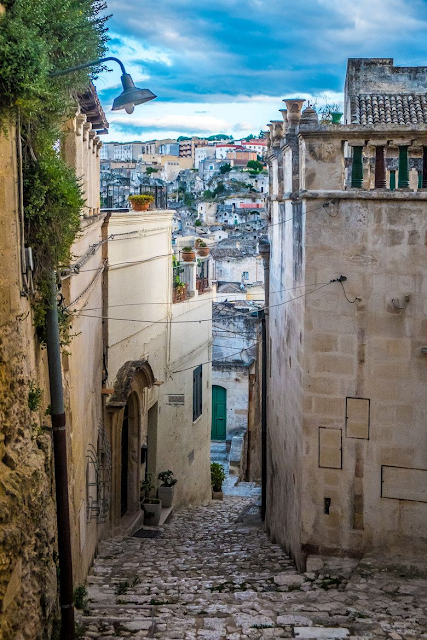 Until the late 1980s the Sassi was still considered an area of poverty, since its dwellings were, and in most cases still are, uninhabitable and dangerous. The present local administration, however, has become more tourism-orientated, and it has promoted the regeneration of the Sassi as a picturesque touristic attraction with the aid of the Italian government, UNESCO, and Hollywood. Today there are many thriving businesses, pubs and hotels there, and the city is amongst the fastest growing in southern Italy. 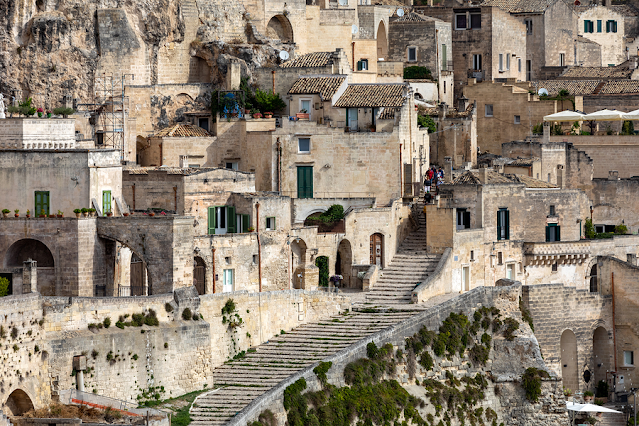 Matera preserves a large and diverse collection of buildings related to the Christian faith, including a large number of rupestrian churches carved from the calcarenite rock of the region.[8] These churches, which are also found in the neighbouring region of Apulia, were listed in the 1998 World Monuments Watch by the World Monuments Fund. 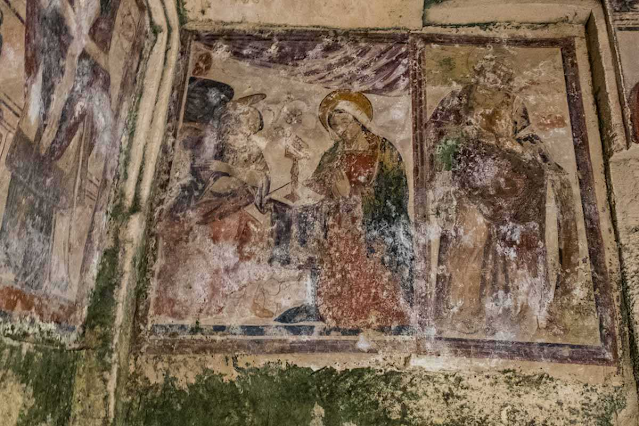 Matera Cathedral (1268–1270) has been dedicated to Santa Maria della Bruna since 1389. Built in an Apulian Romanesque architectural style, the church has a 52 m tall bell tower, and next to the main gate is a statue of the Maria della Bruna, backed by those of Saints Peter and Paul. The main feature of the façade is the rose window, divided by sixteen small columns. The interior is on the Latin cross plan, with a nave and two aisles. The decoration is mainly from the 18th century Baroque restoration, but recently, a Byzantine-style 14th-century fresco portraying the Last Judgement has been discovered. 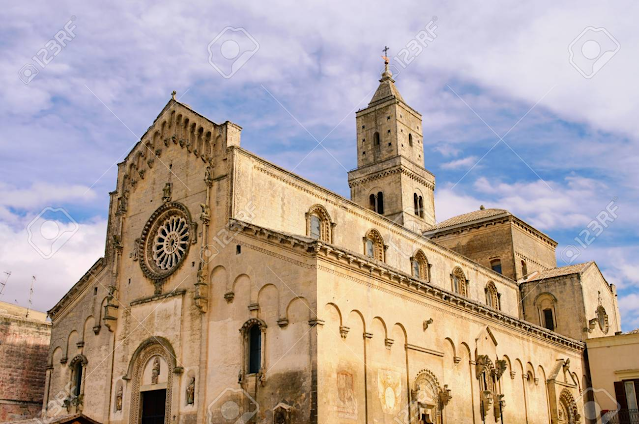 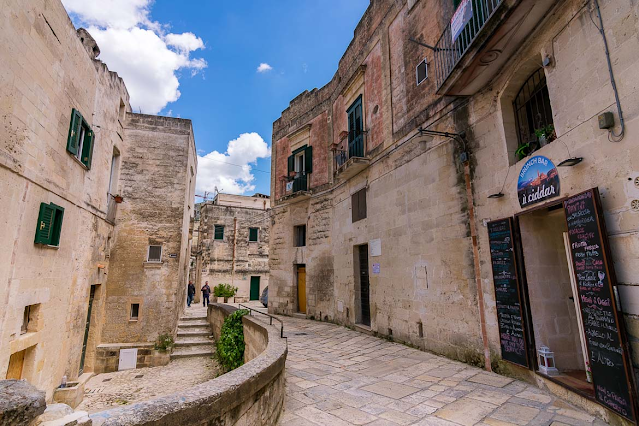 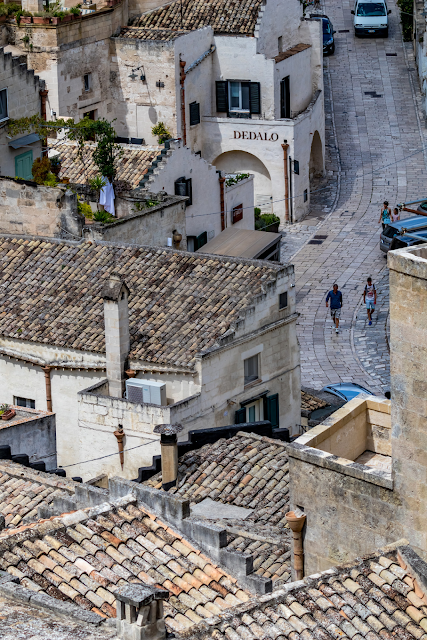 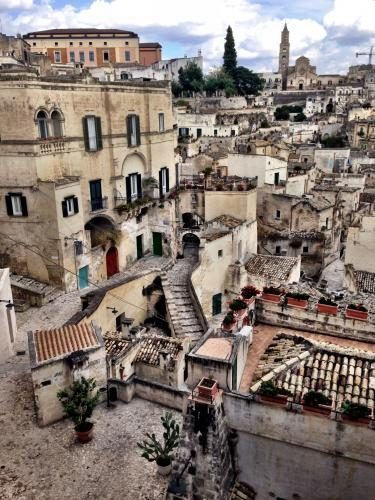 For a truly romantic experience why not stay in a cave hotel? Sleeping in the Sassi of Matera is a unique experience!
The Sextantio Le Grotte della Civita project is situated in the historical heart of Matera. The 18 caves have been restored through a careful and conservative process conducted with the utmost respect for the local cultural heritage. Each cave reveals the original shape and materials. The interior design, the respectful and minimalistic approach of Sextantio is reflected in the plain furniture elements. The guests will experience a particular atmosphere evoking the cultural and human history of the Sassi of Matera. 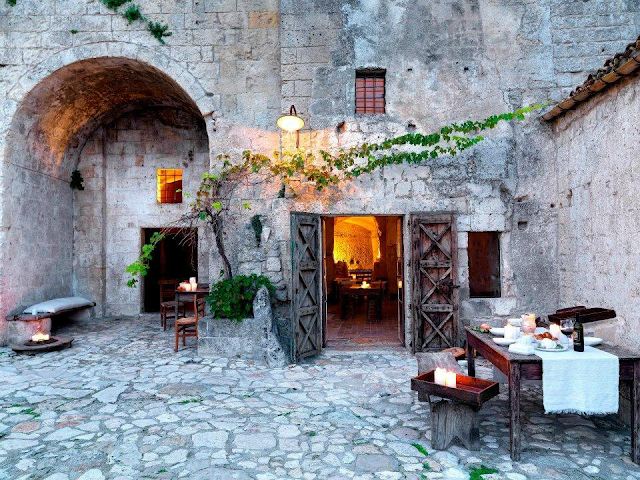 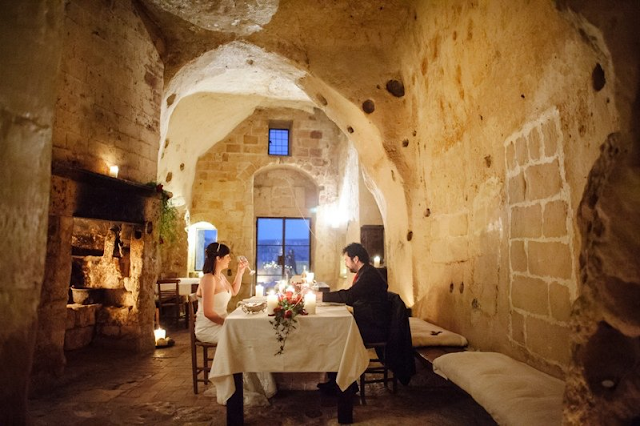 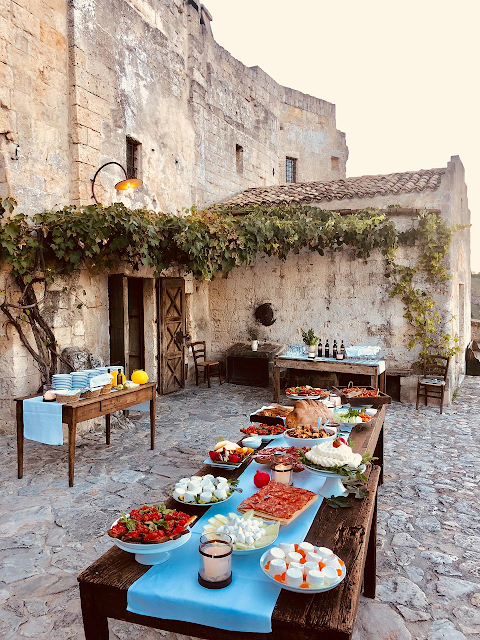 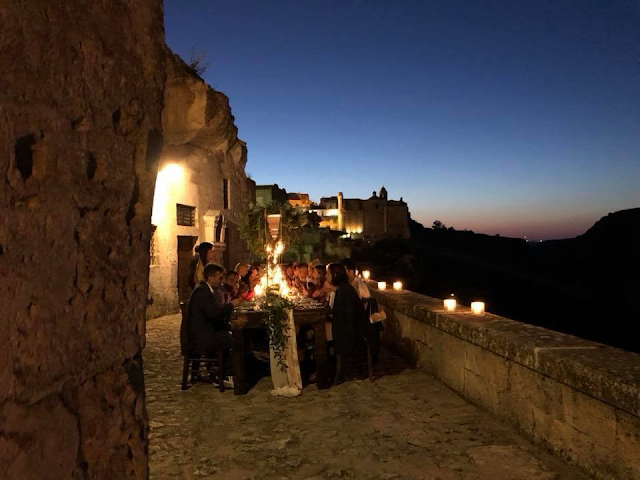 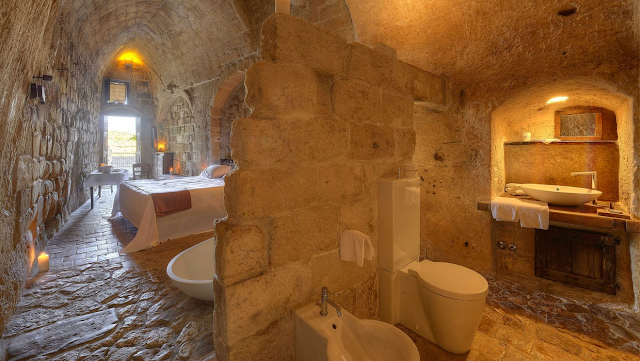 Not a bad way to take a bath! 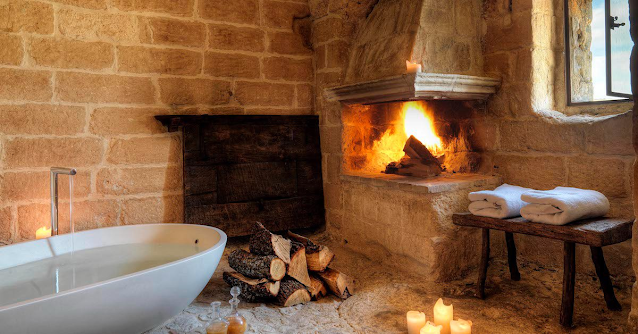 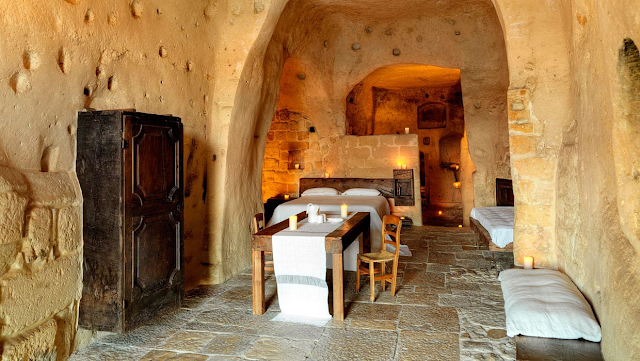