Today we arrived in Nha Trang, Vietnam. What a beautiful place! This is Vietnam's ocean city and many international tourists flock to the fabulous beaches. They have great diving opportunities with an immense amount of coral reefs brimming with hundreds of varieties of fish. This island is surrounded by 20 other islands with mountains which make is very picturesque. 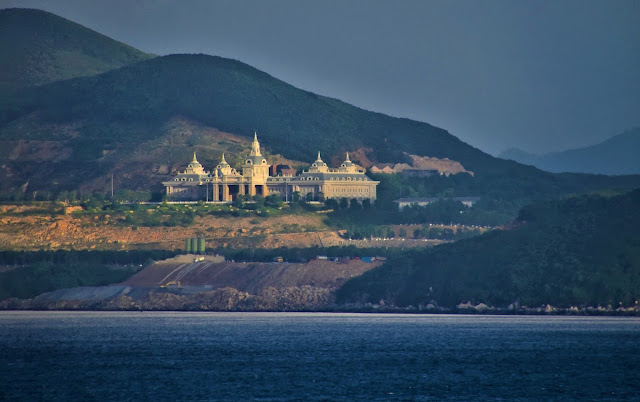 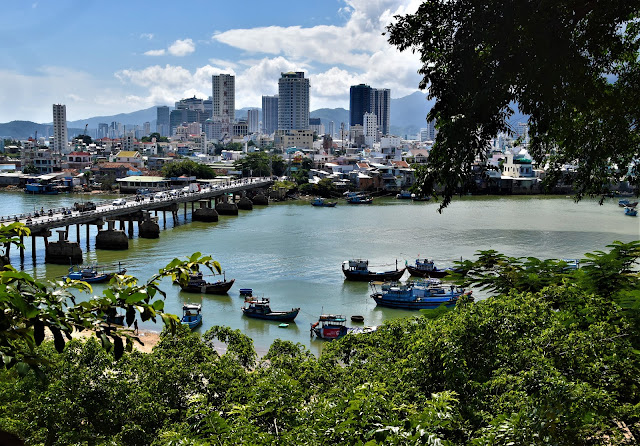 My tour this morning took us first to Xom Bong Bridge to view a charming fishing village with it's colorful boats. 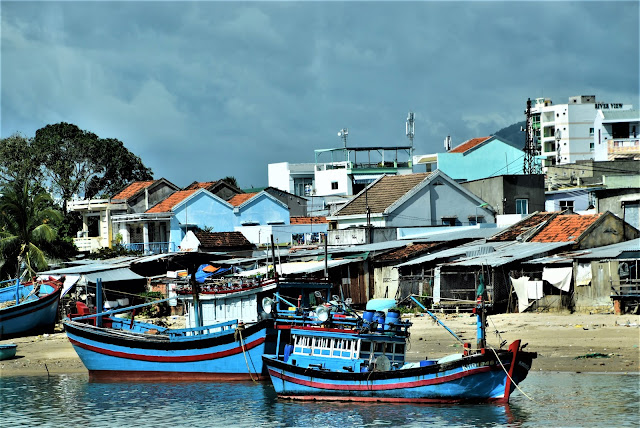 We then went to Ponagar Cham Tower to view the best preserved relic of the thousand year long Champa Dynasty. This was a marvelous place as from the top observation point we had a panoramic view of the bay and the weather was great with not too much humidity. A commanding presence overlooking the Cai River, the complex boasts four intricately carved towers set amidst lush tropical gardens. Each of the towers reveals a different architectural style indicating that they were built over an extended period of time between the seventh and 12th. centuries A.D.

To this day ethnic Chines and Vietnamese Buddhists come to Ponagar to pray and make offerings according to their respective traditions.


There was a rest area with incredible views. There were seats made out of large trees and they sold the best coconut ice cream I have ever eaten. Everything is coconut in Vietnam, from soup to chocolate to body lotion, you can get coconut "anything".....lol. 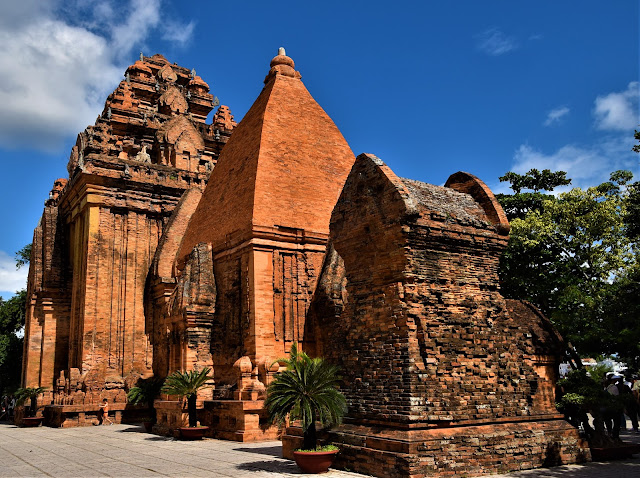 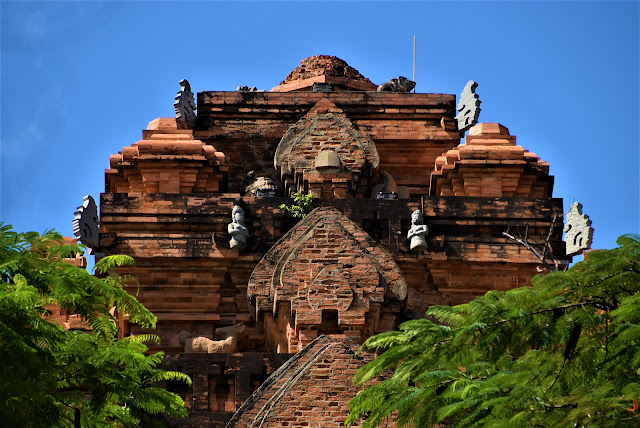 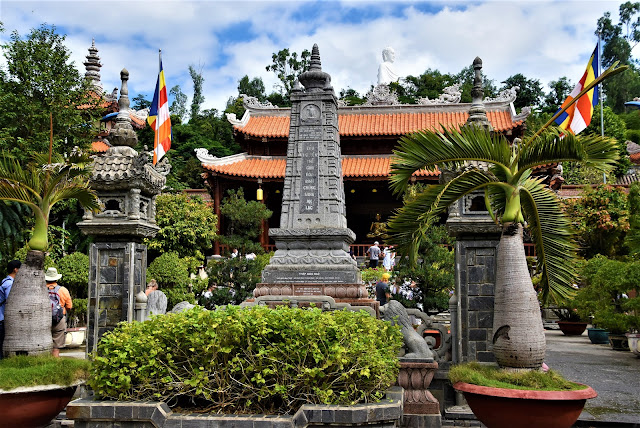 Next we were off to Hon Chong Promontory a small rocky peninsula that juts out into the South China Sea offering great views of the bay, the coast and the offshore islands.


We continued to Long Son Pagoda where dragon-shaped balustrades flank the entrance into an imposing sanctuary decorated with murals and images of the Buddha. Behind the pagoda sits an enormous white Buddha built in 1965 commemorating those monks who protested the abuses of the Diem regime by setting themselves aflame. 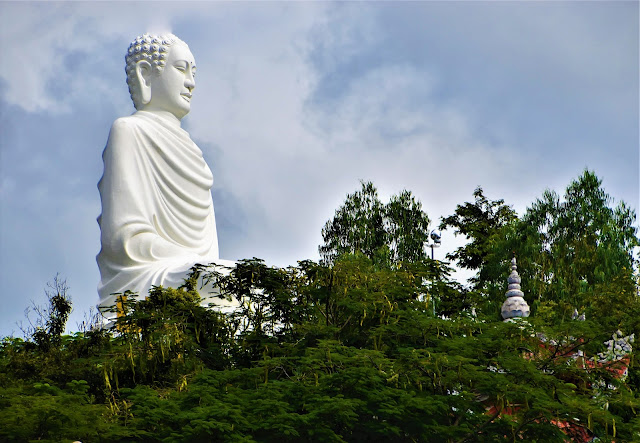 We stopped at an embroidery workshop and at first I was not that enthusiastic about it until I entered and saw something unlike anything I had ever seen before. It was the most incredible workmanship which we just don't see anymore! These women work on the ancient Vietnamese art of picture embroidery. They use an almost invisible silk tapestry on which they use the finest silk thread to create the most beautiful pieces I have ever seen. No templates or patterns, only their imagination makes the amazing tapestry creations.

The scenes of people look like oil paintings when finished and scenes of Vietnamese life and flowers take your breath away. They work 8 hour days, seven days a week and on average a piece can take from 3 months to a year to complete. Now you are probably wondering if I bought one?? (Is the Pope Catholic?) If you know me only a little bit you know that I am an "Industrial Strength" ultimate shopper so of course I bought one (a small one) and they come framed, just beautiful....one of my most cherished purchases. 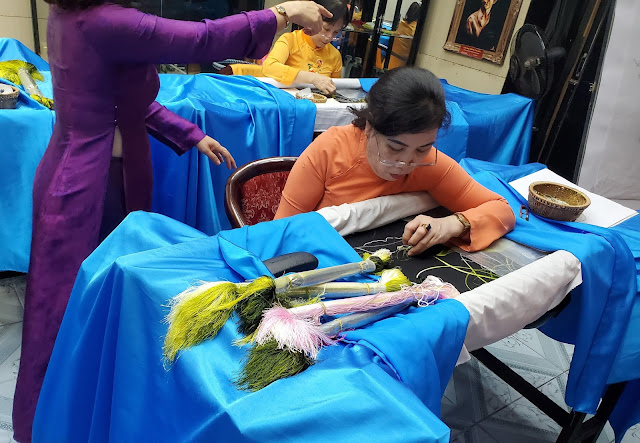 We stopped off at a local center for refreshments and watched a cultural dance show. We then returned to the ship after an amazing day.