Today those who took only the first 10 days of my cruise left the ship in Singapore and new passengers doing the next 11 days got on. I had a cold for the past couple of days and was feeling awful in the morning but soon I felt better and since I had the day free in Singapore I decided to visit Sentosa Island and Universal Studios. You need to take a cable car there and that was really fun, I love those. 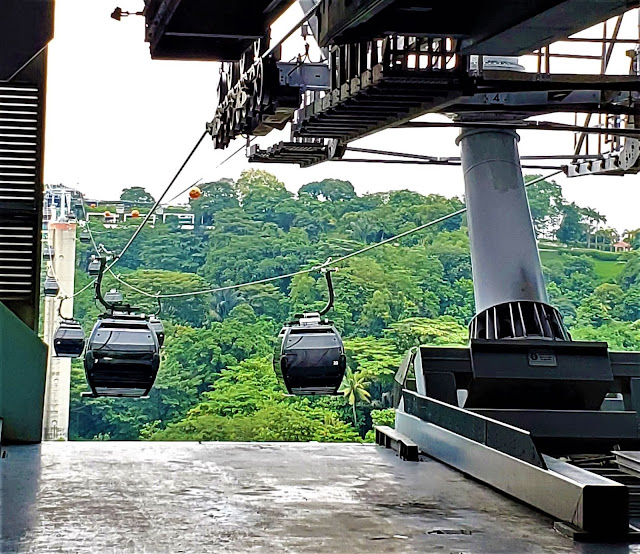 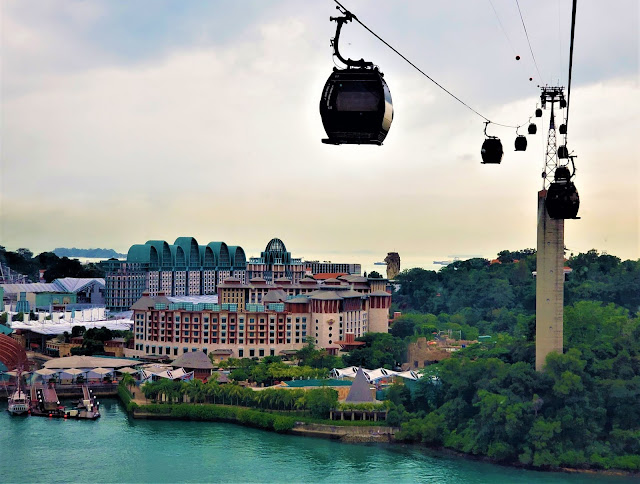 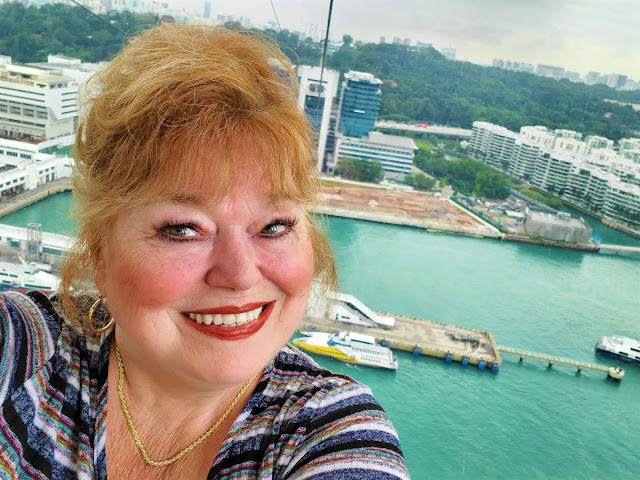 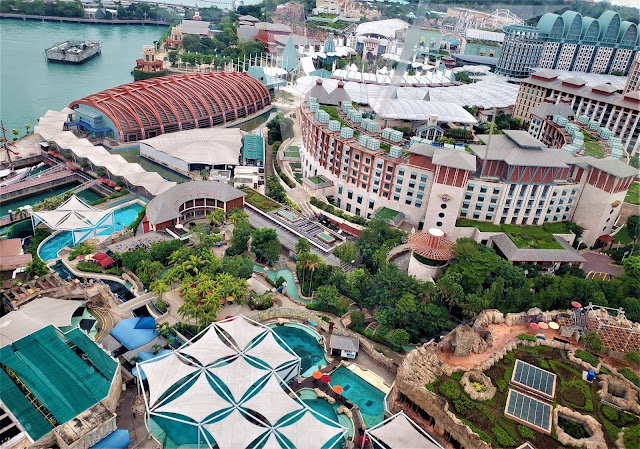 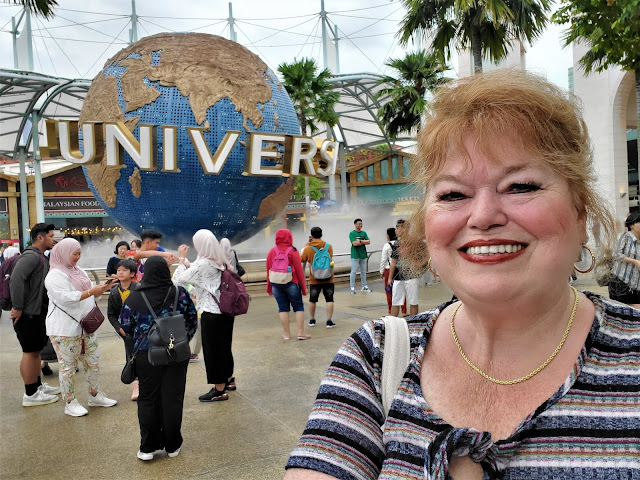 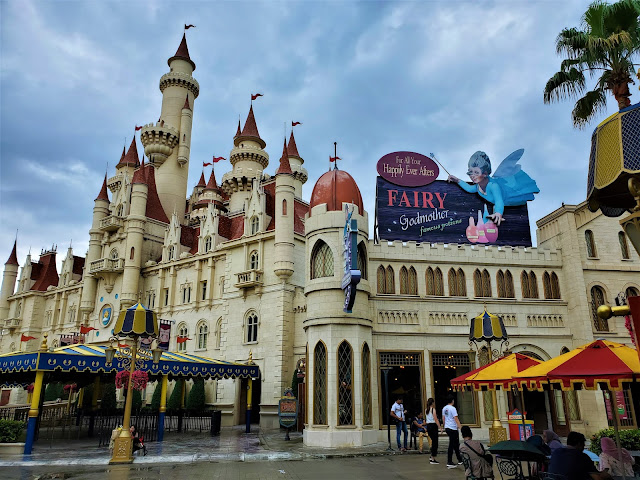 The sky was very gray and eventually it started to rain so I dashed into a store and bought an umbrella since the one I purposefully bought for the trip was left in my cabin......grrrrr.

It was a fun place and I treated myself to nice Starbucks coffee before venturing off to see the sights. I stopped into an attraction called "Lights, Camera, Action" which is a sound stage created by Stephen Spielberg. It depicts a cyclone hitting New York City and it was quite impressive. 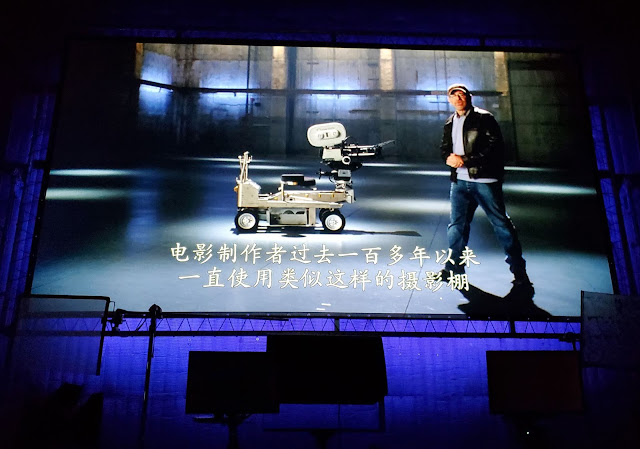 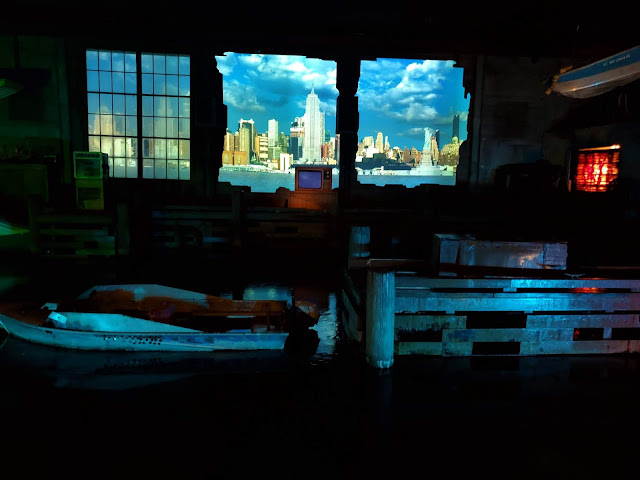 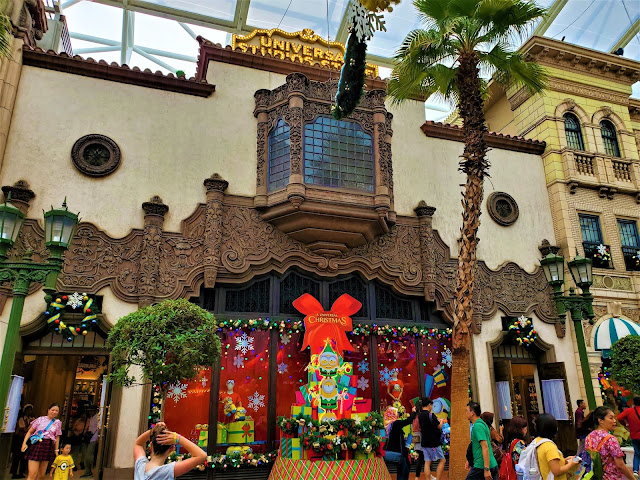 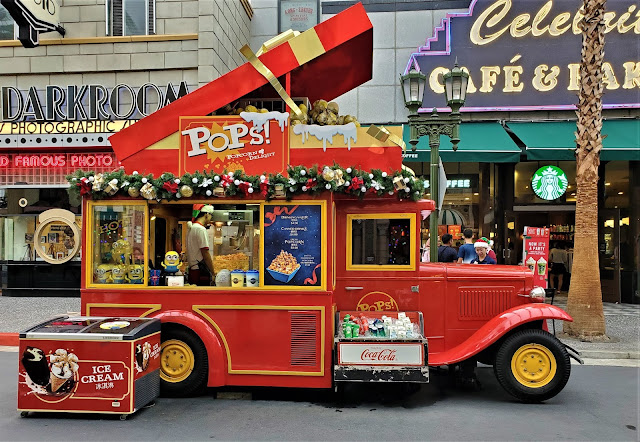 I then had the genius idea that it might be fun to to the Jurassic Park River Adventure.....OMG what a mistake. In my pee brain I thought it would be a leisurely fun ride on the water seeing animated dinosaurs....WRONG!!!!  I got in and immediately knew this was a major mistake. The ride hits tons of fast moving rapids and goes down ravines and each time a ton of water is thrown into the raft....I thought I was going to die. The last part you fall over a waterfall and you are completely wet from top to bottom! I would not have been wetter if I had fallen in the river...I was furious I had been so dumb!!!  My hair was soaking wet and my clothes clung to me. They even have drying pods after the ride to dry off it is so bad.....well I looked and felt like a wet rat but at least it was refreshing!  lol 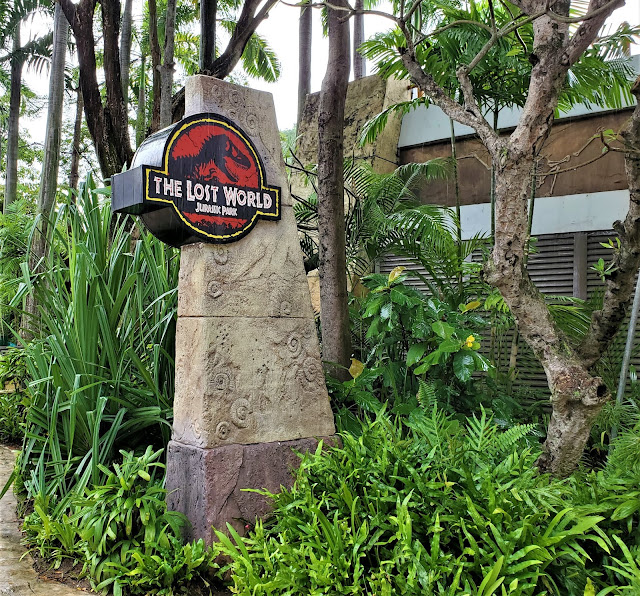 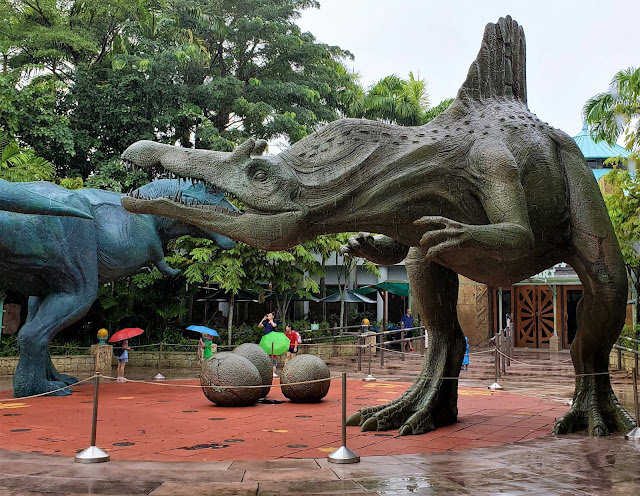 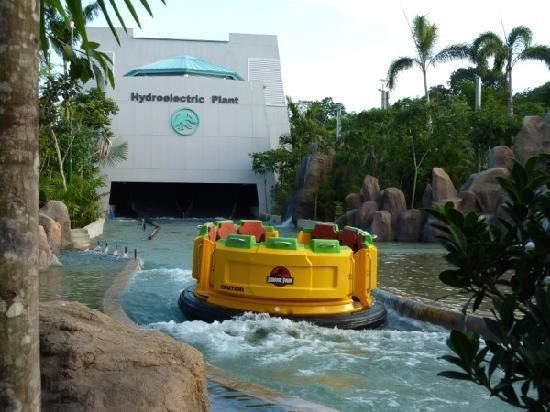 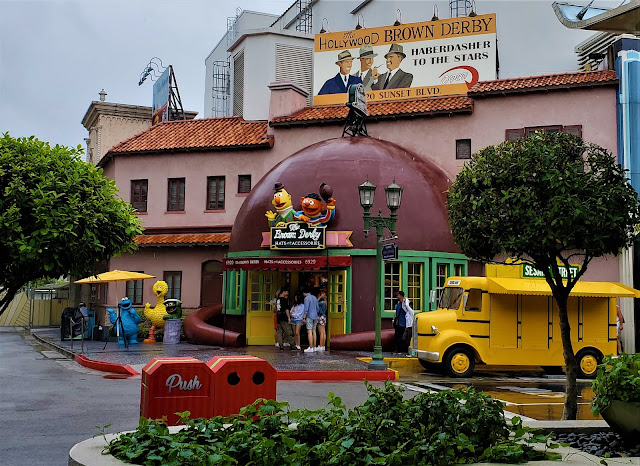 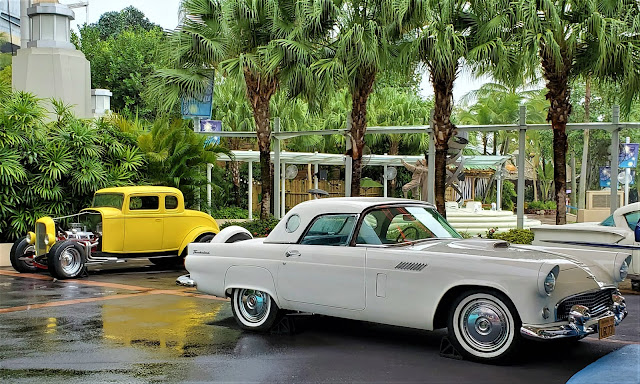 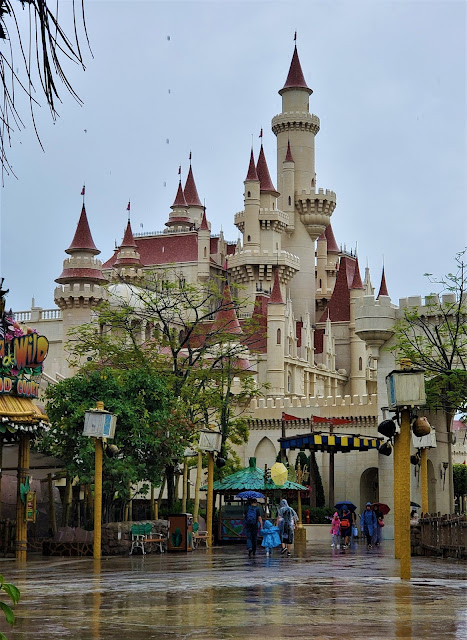 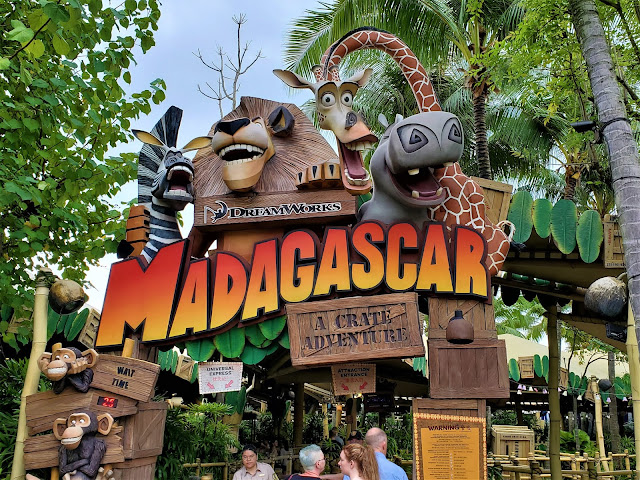 After drying off I decided to head back to the ship. . . what a day!
Posted by Grand Explorer