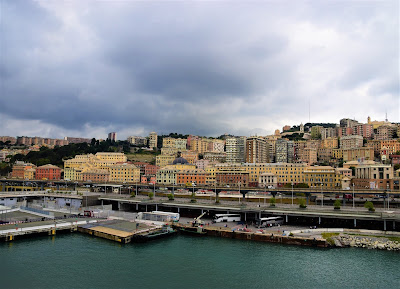 We arrived this morning in Genoa, Italy.


With its dizzying mix of the old and the new, Genoa is as multilayered as the hills it clings to. It was and is, first and foremost, a port city: an important maritime center for the Roman Empire, boyhood home of Christopher Columbus (whose much-restored house still stands near a section of the medieval walls), and, fueled by seafaring commerce that stretched to the Middle East, one of the largest and wealthiest cities of Renaissance Europe. 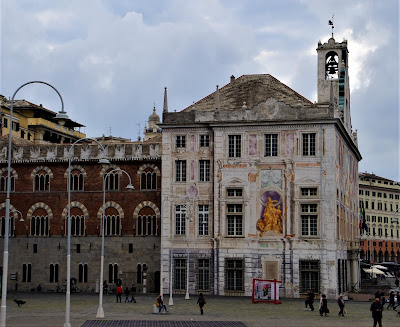 Genoa began as a port of the ancient Ligurian people at least by the 6th century b.c. and by the early
Middle Ages had become a formidable maritime power, conquering the surrounding coast and the mighty outlying islands of Corsica and Sardinia. Genoa established colonies throughout North Africa and the Middle East, and made massive gains during the Crusades. With bigger success came new, bigger rivals, and Genoa locked commercial and military horns with Venice, which eventually took the upper hand in the late 14th century. Genoa increasingly fell under the control of outsiders, and though self-government returned for a while in the 16th century, by then sea trade was rapidly shifting to Spain and eventually to its American colonies, a trend exemplified by Genoa’s most famous native son, Columbus, who had to travel to Spain to find the financial backing for his voyage of exploration across the Atlantic. 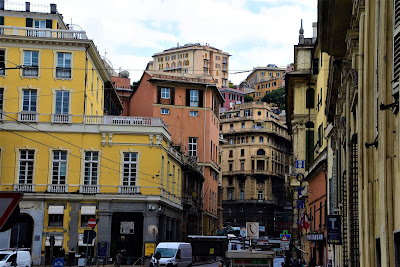 It’s easy to capture glimpses of Genoa’s former glory days on the narrow lanes and dank alleys of the port side Old Town, where treasure-filled palaces and fine marble churches stand next to laundry-draped tenements and brothels. The other Genoa, the modern city that stretches for miles along the coast and climbs the hills, is a city of international business, peaceful parks, and breezy belvederes from which you can enjoy fine views of this colorful metropolis and the sea. 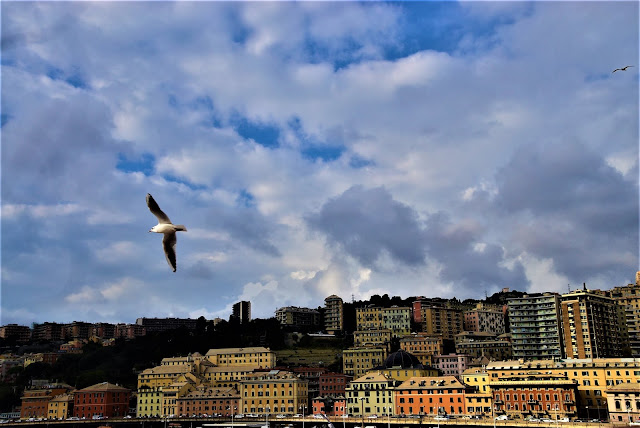 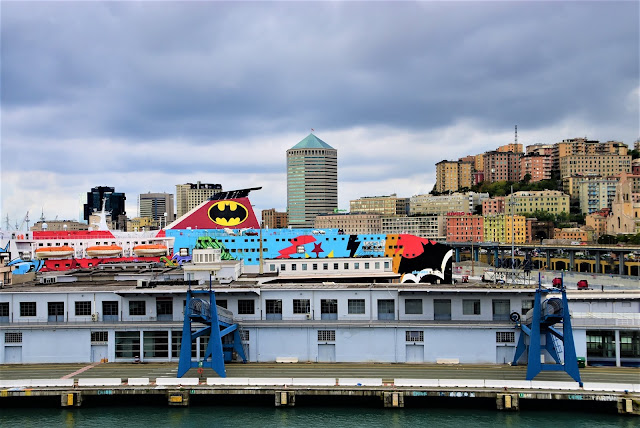 The weather seemed like it would rain but although cloudy at times no rain . I caught my Hop-On-Hop-Off bus right at the port so that was handy. 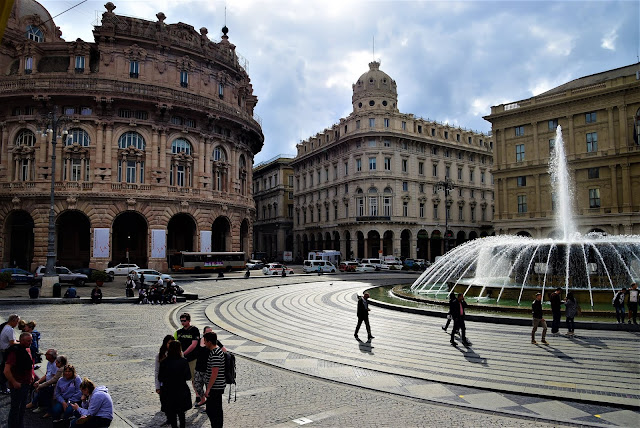 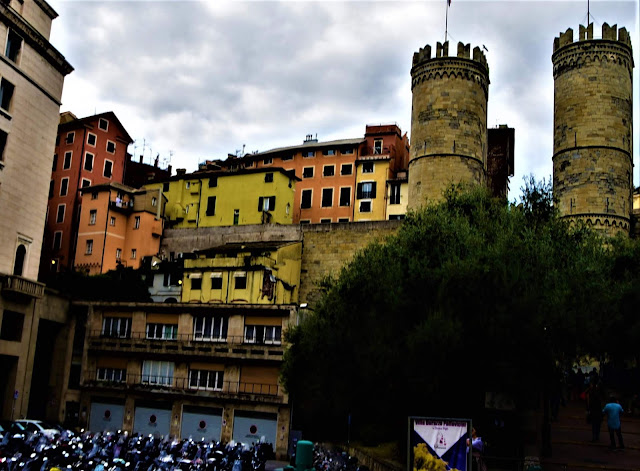 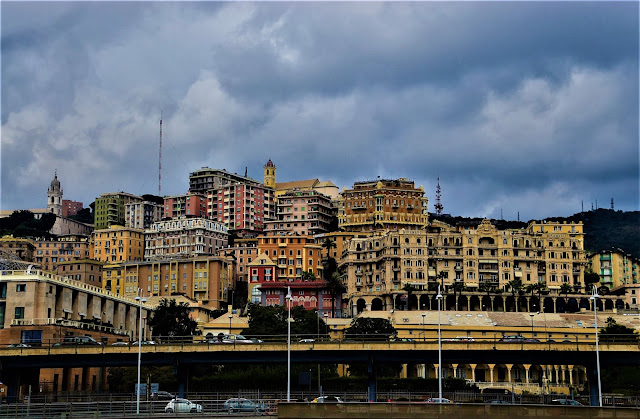 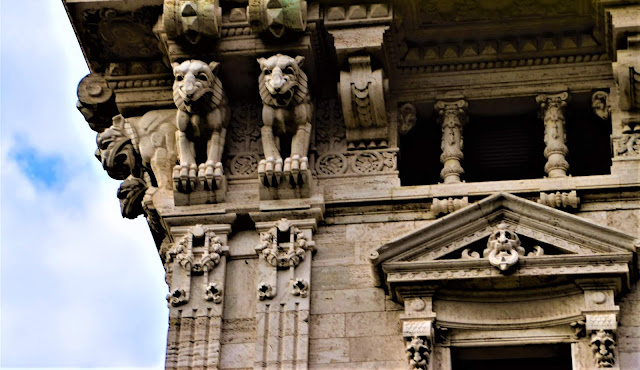 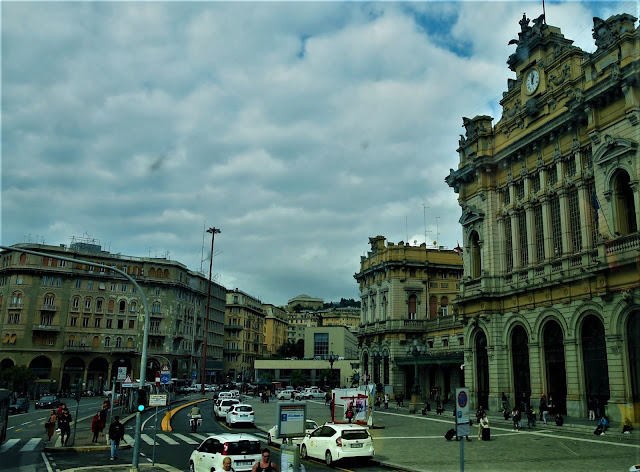 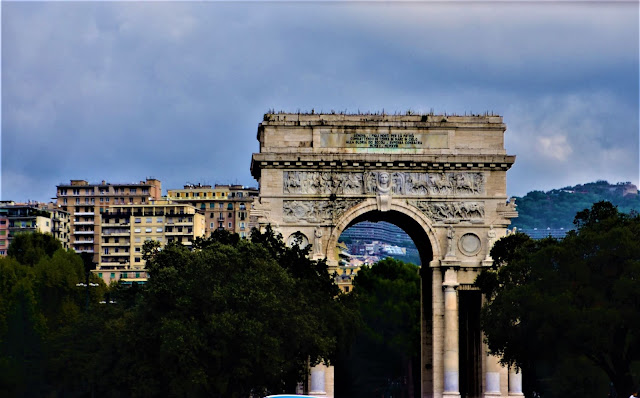 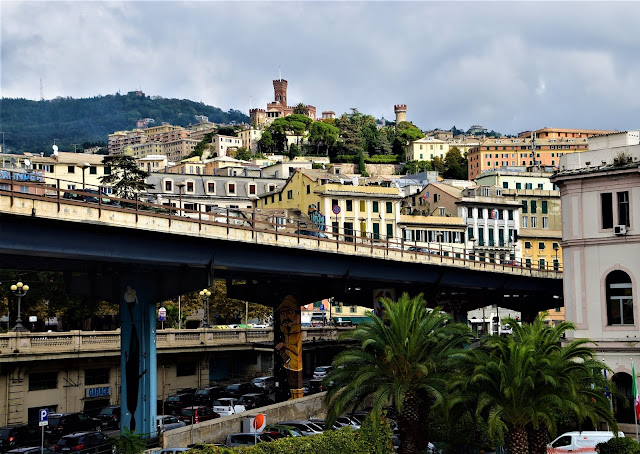 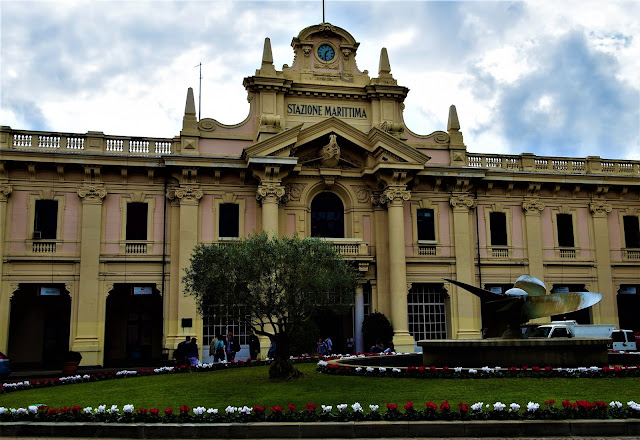 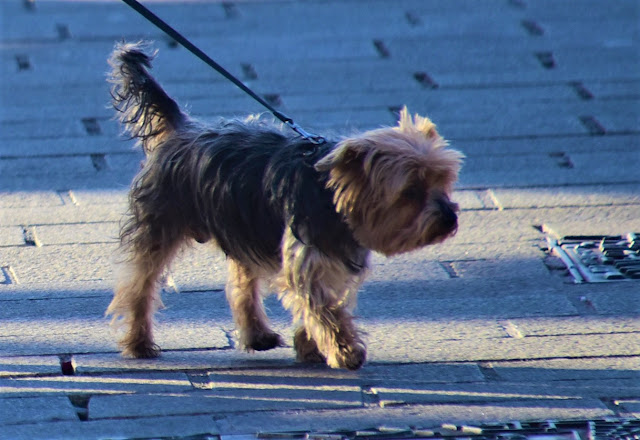