I was really looking forward to this excursion today to see the Perched Villages of Luberon and they did not disappoint! The Luberon is characterised by a series of strikingly picturesque perched, hill-top villages, dating back 1000 years or more, We visited Gordes, Fontaine de Vaucluse, Isle Sur Sorgue, Rousillon & Lourmarin...

Our first stop was Gordes. Just half an hour away from Avignon, Gordes is the jewel in the Luberon’s crown. This compact hilltop town at the foot of the Vaucluse Mountains has become one of the trendiest places to live in Provence, with artists such as André Lhote, Marc Chagall, Victor Vasarely and Pol Mara all living here at some point in their lives. A favourite sight to see in Gordes is the ancient Borie village which was lovingly restored in the 1970s by a team of archaeologists and locals. These impressively complex stone houses were once the homes of shepherds and agricultural communities before the industrial revolution. 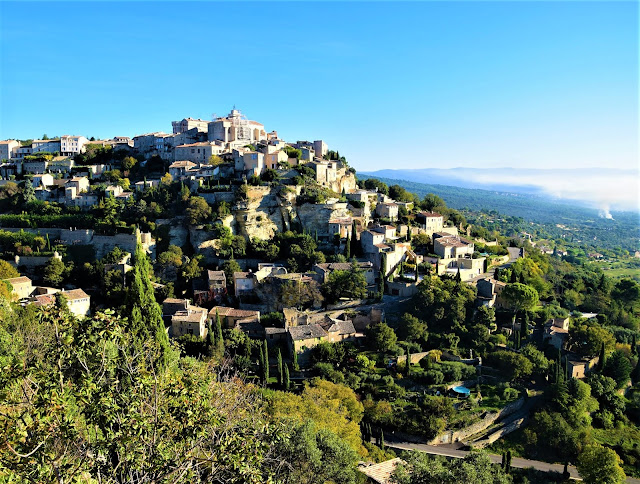 This village was so quaint with a market in the middle selling wonderful products, got some great things here! 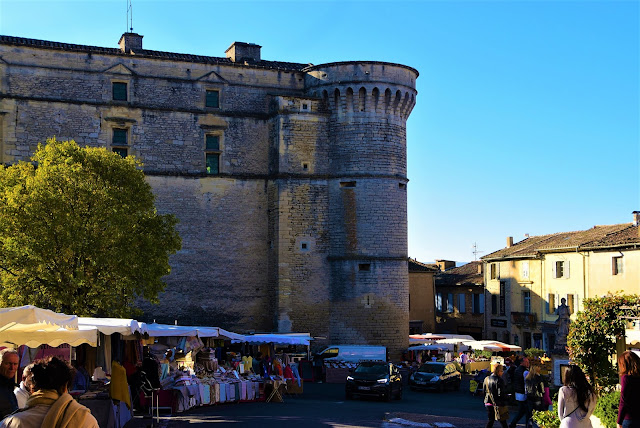 One highlight of this stop was seeing two small dwarf goats! OMG they were soooo cute! I had a bad cold and wanted to get some lozenges and miraculously to my rescue the owner of the goats was selling honey lozenges with the proceeds going to help animal protection and to help with vaccines etc. The little goats were there to attract attention to the cause and I am always game for helping animals and this had the added perk that I needed the lozenges as well. 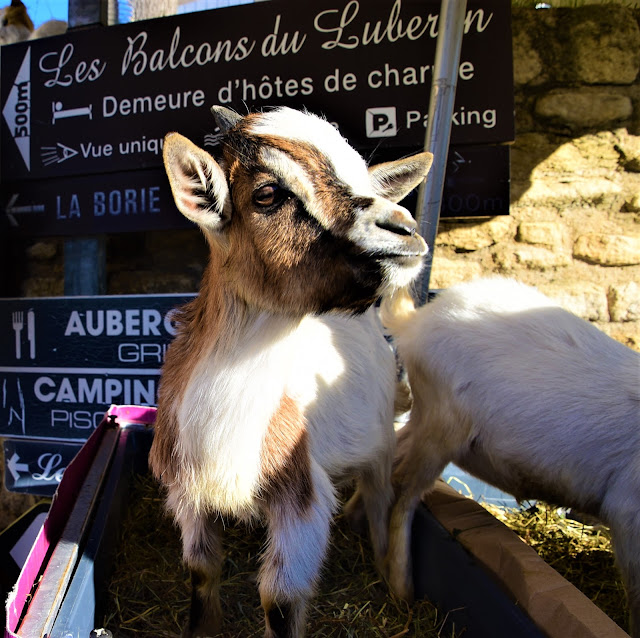 Our next stop was the village of Fontaine de Vaucluse which is squeezed into the sharp end of a narrow valley and takes its name from the beautiful and mysterious spring feeding the river Sorgue. This spring comes from deep underground - nobody knows how deep. In the 50s, Jacques Yves Cousteau came with a submersible to explore the depths but did not find the bottom. Since then a probe has made it to a sandy bed at a depth of 308 metres (1010 ft) but the spring itself comes from somewhere even deeper. It is said that all the rainwater from the Luberon and other surrounding mountains comes out of this one source, making a catchment area of 1100 square km (425 sq. miles).


For most of the year all you can see is a deep blue pool of water at the bottom of towering cliffs. But during spring or very heavy rainfall it lives up to its name, with water gushing out at 200m3 (52,000 gallons) every second - this is one of the largest springs in the world. This extraordinary phenomenon forms the crystal-clear Sorgue river, which soon turns a startling emerald, and it's this vivid hue that dominates the town of Fontaine de Vaucluse.

I had lunch at a cafe overlooking this incredible river. 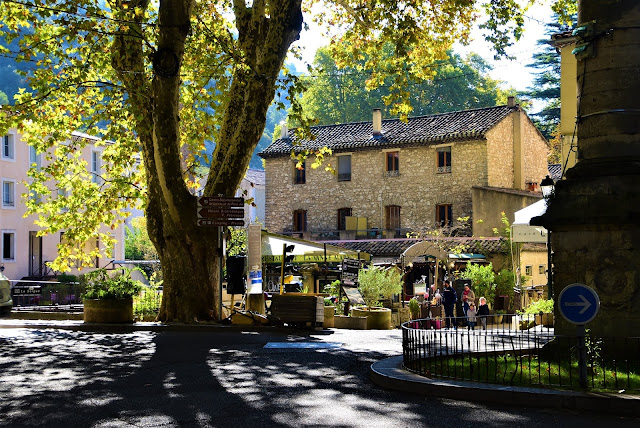 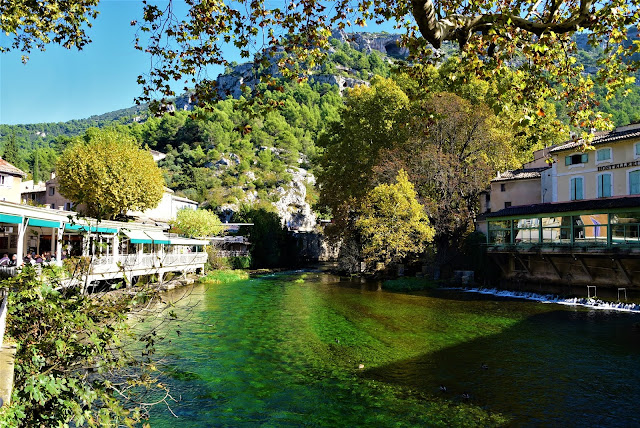 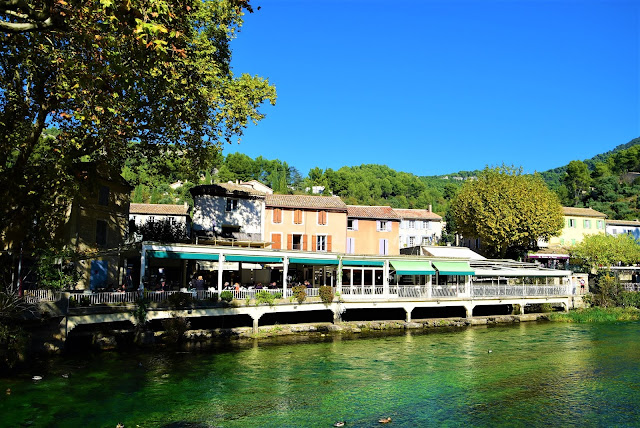 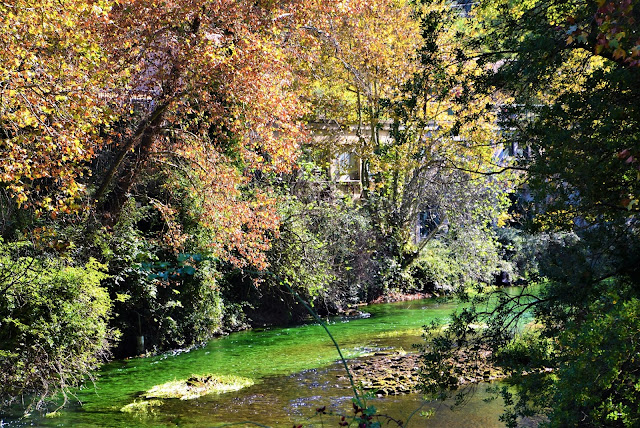 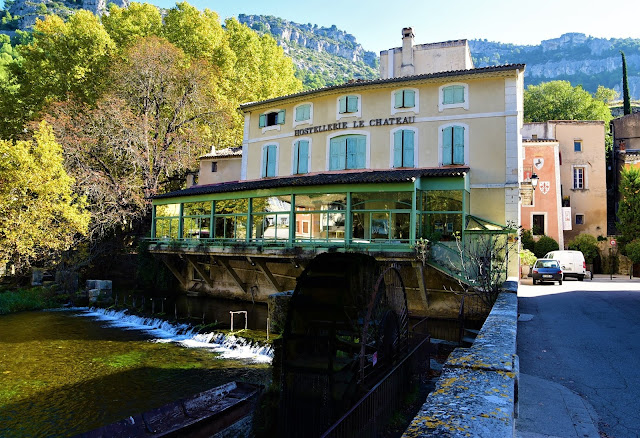 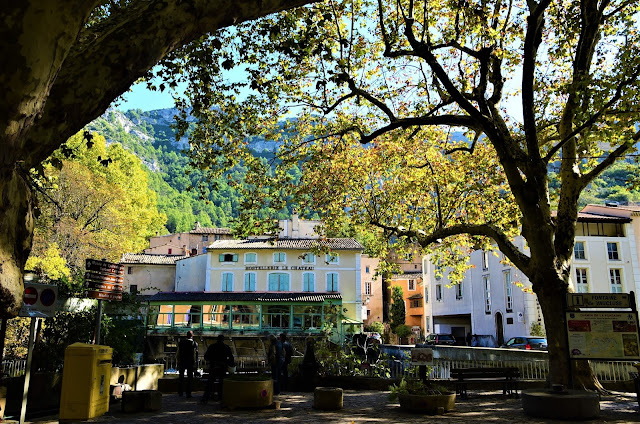 Our next village was Isle Sur Sorgue. L'Isle sur la Sorgue is one of those places in Provence that one has to see. This "island city" lies at the foot of the Vaucluse plateau in the plains of Comtat Venaissin. Its colors are nature's green and the bright reflection of the water shining from the several canals running through its center. The river Sorgue surrounds the city.


Walking along the canals you notice how they run between the narrow ancient streets. There are little bridges to cross and great wheels to look at with mossy blades turning in the river. Long ago, the inhabitants lived off cray fishing (up to 35,000 crayfish a day!), and the silk and paper industries used those great wheels in the river for manufacturing their local products. 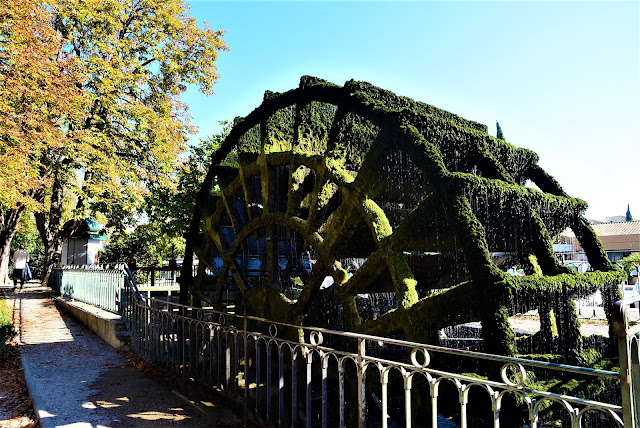 I had the greatest ice cream here..... salted caramel!  OMG to die for! 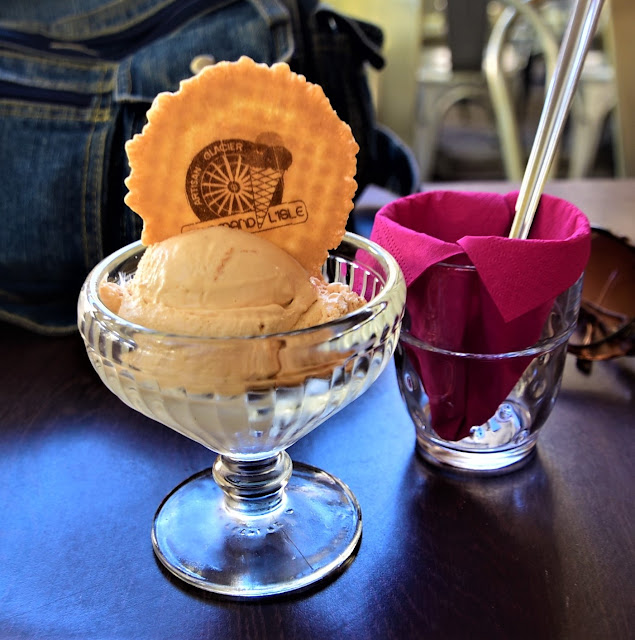 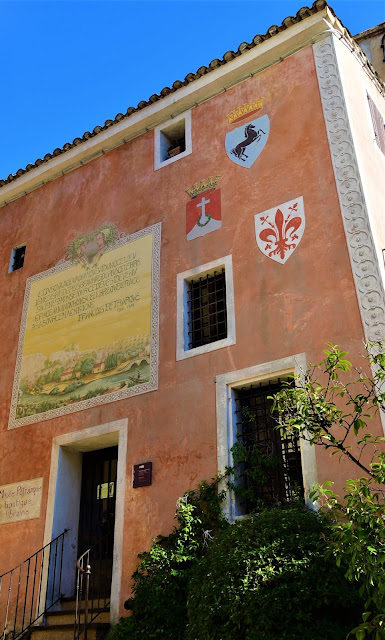 Our next stop was the village of Roussillon.

Situated in the Luberon, at the foot of the Monts de Vaucluse, the village of Roussillon is surrounded by beautiful countryside. It is considered one of the most impressive villages in France - Roussillon is one of the "must-sees" in the Luberon. Situated in the heart of one of the biggest ochre deposits in the world, Roussillon is famous for its magnificent red cliffs and ochre quarries. As soon as you arrive in the village you are charmed by its atmosphere. There is a maze of streets and squares. The ochre façades of the houses are magnificent... shades vary subtly from light yellow to dark red, set off by the brightly painted shutters and doors. From the base of the village to the summit of the Castrum and its splendid view, Roussillon is a delightful place to visit! The red, yellow and brown shades of the earth form a striking contrast with the lush green pine trees. The vivid blue of the Provençal sky and the exceptional quality of light make this a magical site. 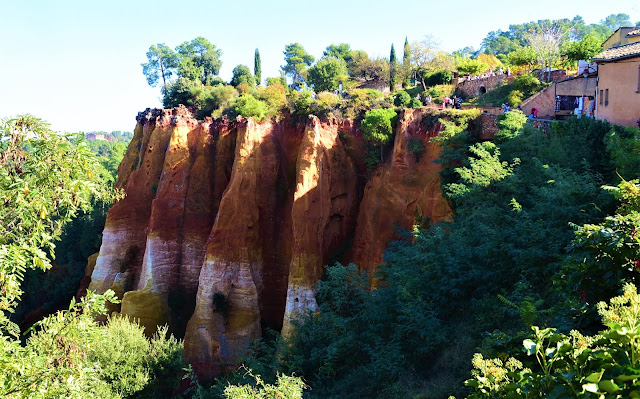 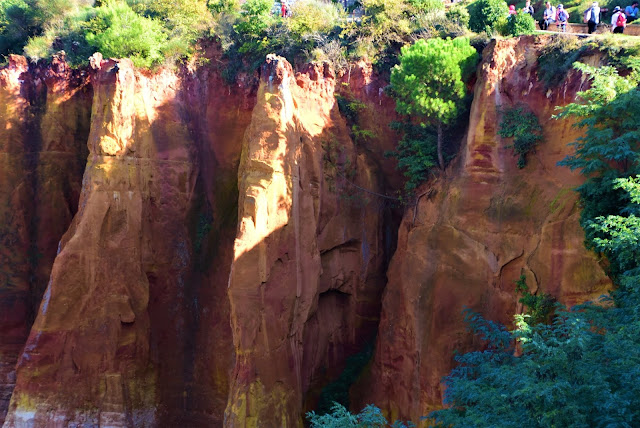 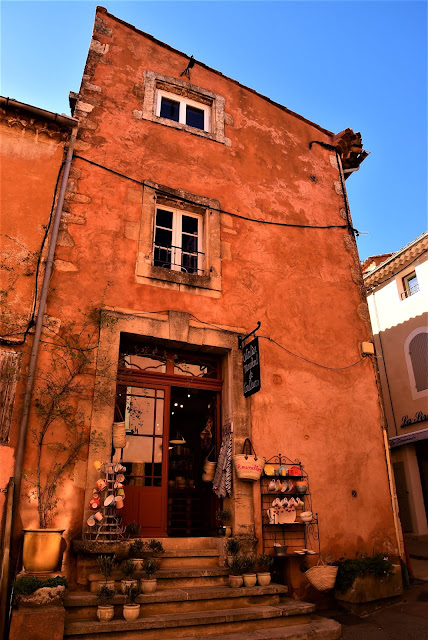 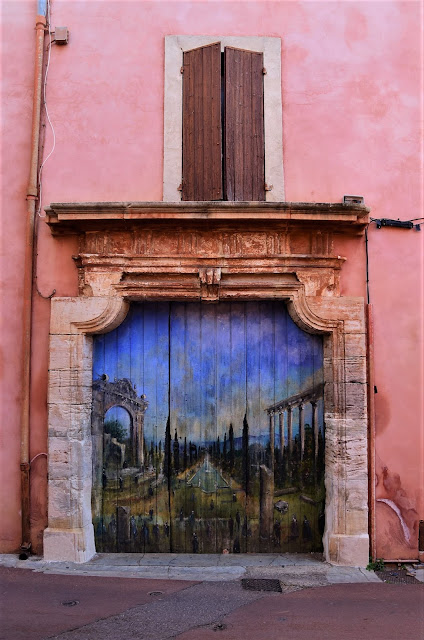 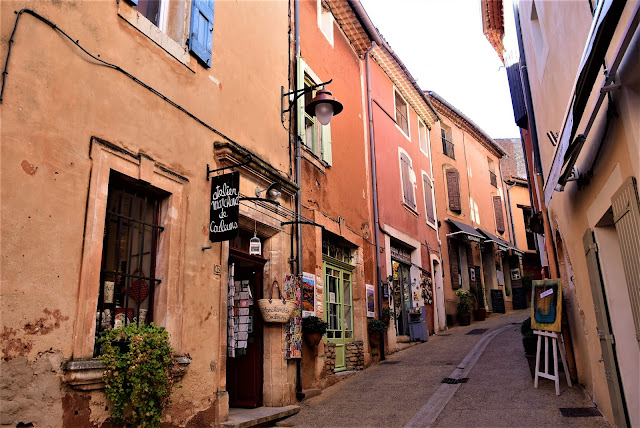 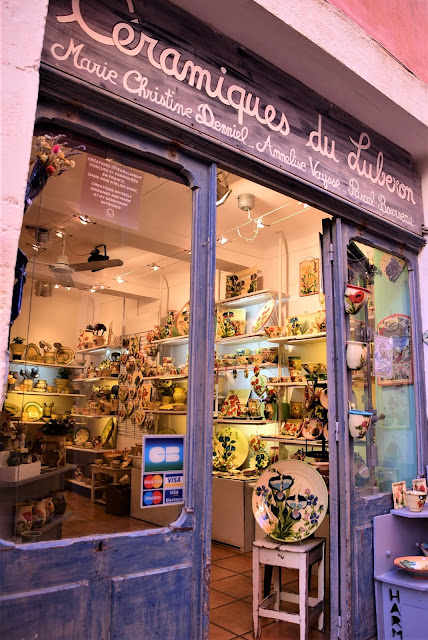 Our last stop was Lourmarin. . . . Awarded the ‘plus beaux villages de France‘ title, Lourmarin is another enchanting town in the Luberon with a history of famous residents. Albert Camus, one of the most influential 20th century writers, is buried in Lourmarin where he spent his last years, and Winston Churchill chose this village after the war to pursue his lifelong interest in oil painting. Today Lourmarin is a fantastic place to visit for its wealth of cafes and restaurants, which offer some of the most authentic Provençal food in the Luberon. 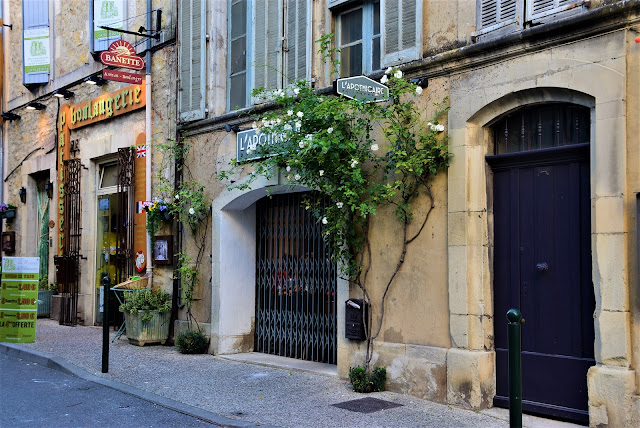 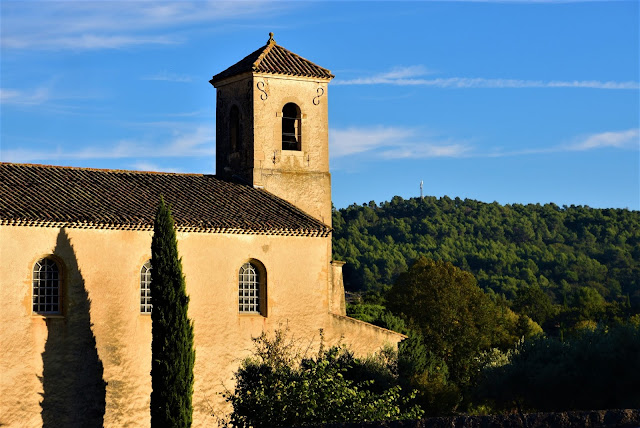 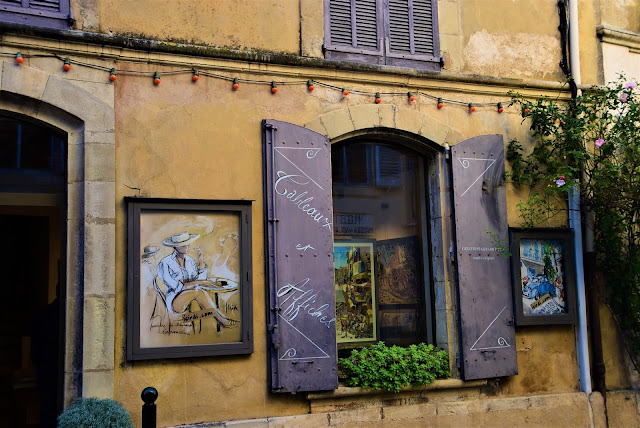 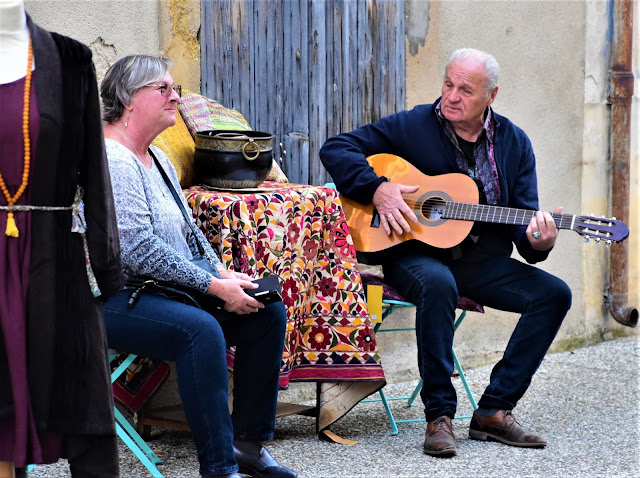 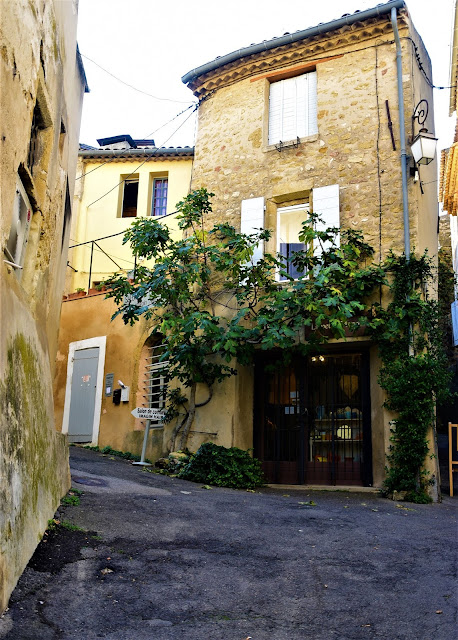 Driving back to Marseille we saw some beautiful landscapes . . . .. 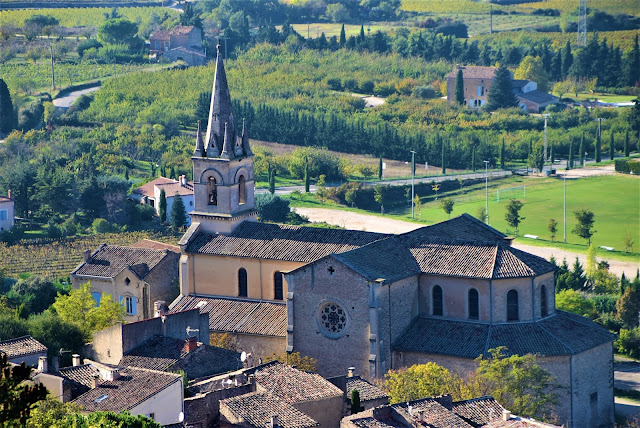 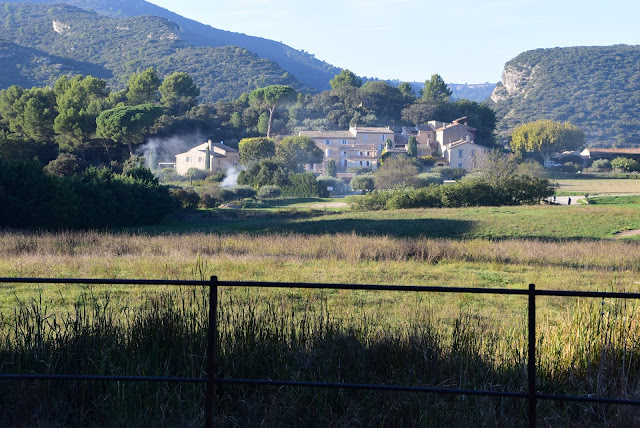 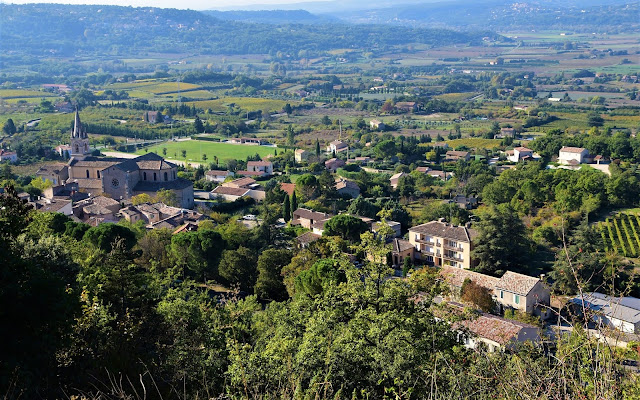 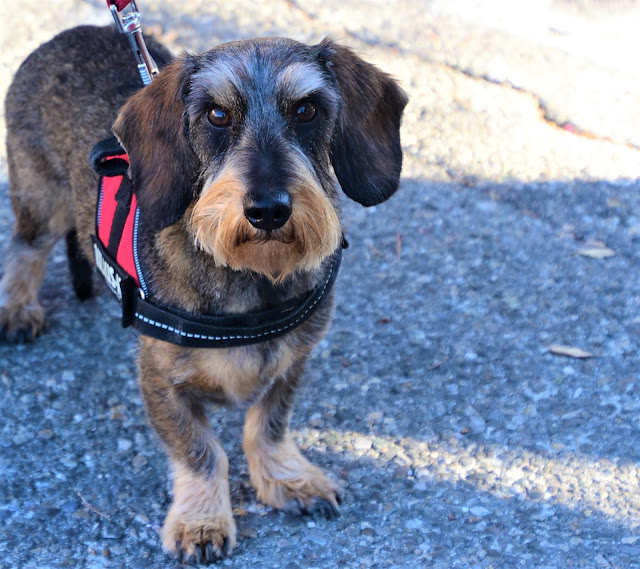 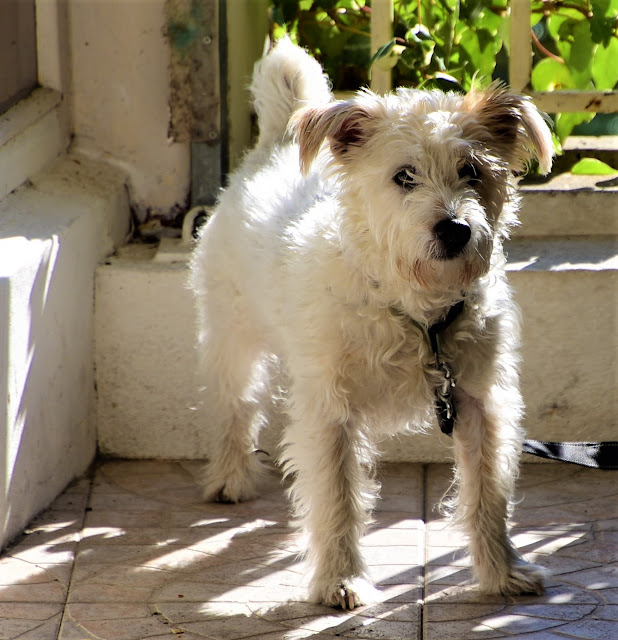 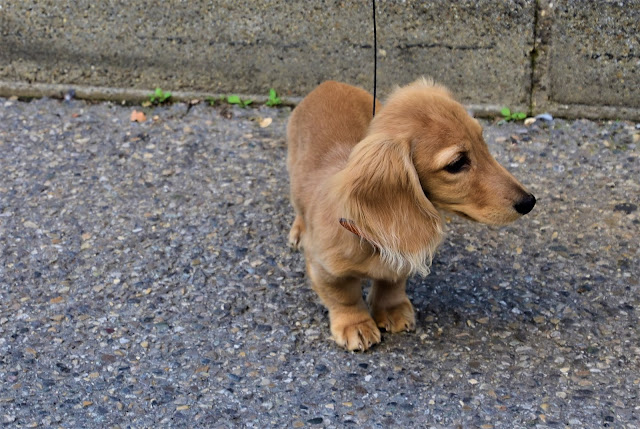 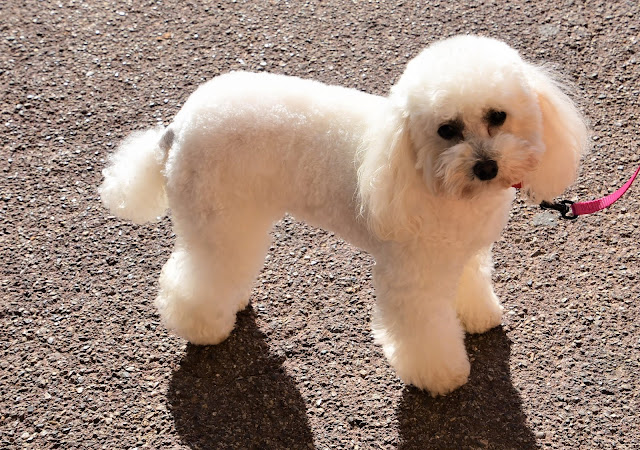