The captain cuts his power and the S.S. Catherine slides into its dock on the Rhone. We have arrived at Viviers. The passengers spill over on to the quay. 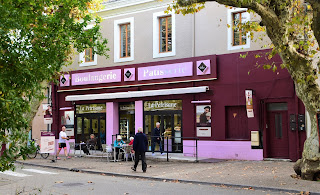 We’ve heard about this little place, which has the oldest cathedral in France still in use. In medieval times, Viviers had a population of 30,000 but now there are fewer than 4,000.

We tramp along the narrow street that leads into town. It was built in 1840, when the river had to be redirected. There are plane trees that border our passage. They’re related to the sycamore and the American maple, but more able to deal with city fumes and contamination -- though there isn’t much of that here. Napoleon planted the trees all over southern France, our guide says, so his army could be shaded from the sun when it rested. We think the rest of Europe would not have believed his army ever rested.


It is early morning. The town is starting to stir as our small group marches on. Windows go up and

shutters open. “Ça va?” we shout. We’re rewarded with a grin. We wander past simple but solid stone homes. Some have doors that seem on the small side but people were smaller then. But some adjacent doors are really large almost like garage doors. They were originally for livestock in the old days, the guide explains. Winters were cold and your goats and cattle tended to keep the house warm. We zigzag down narrow streets that seemingly link up, each one an adventure. 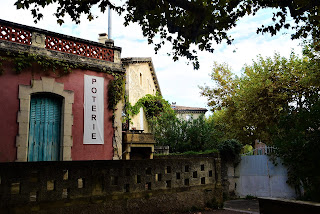 We skirt a shop with home-made sausages hanging in the window. However, we’ve just had a huge breakfast on board ship and, in deference to the French 35-hour work week, the shop is not yet open. We notice a shop that sells only ginger. It is open and beyond the door we see locals sitting at inner tables drinking their tiny cups of coffee. This little town, says our guide, exists almost in its own planet. It’s where time stops.

Above us stands a statue of a proud-looking woman, head held high. “That’s our Marianne,” says our guide. “Those statues went up all over France after the Revolution with the woman usually wearing the Phrygian cap of antiquity that was worn by emancipated Roman slaves. It symbolizes the Revolution and how women will fair better in the new France. This is a later statue: Marianne is now wearing a wreath of wheat to show greater wisdom.” Our guide coughs, grins mischievously and says, “The greater wisdom of women.” 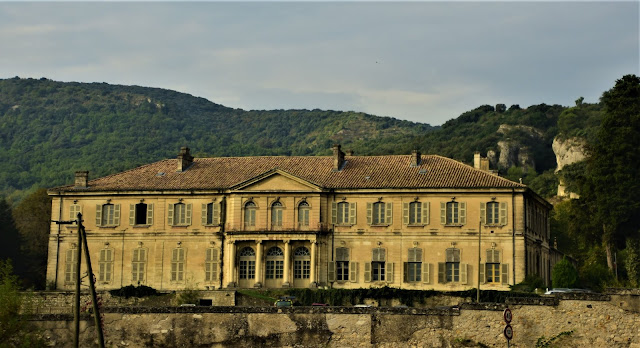 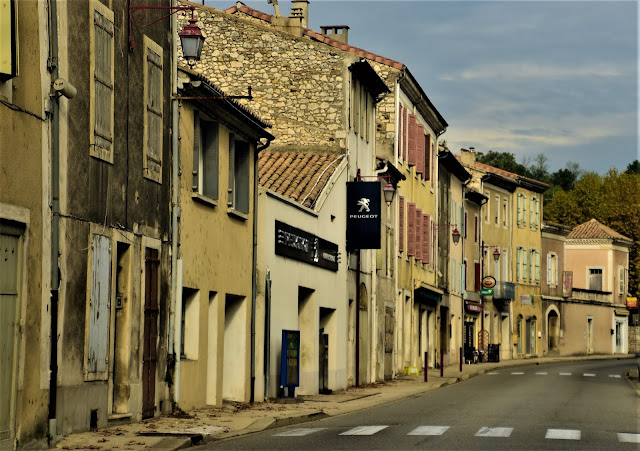 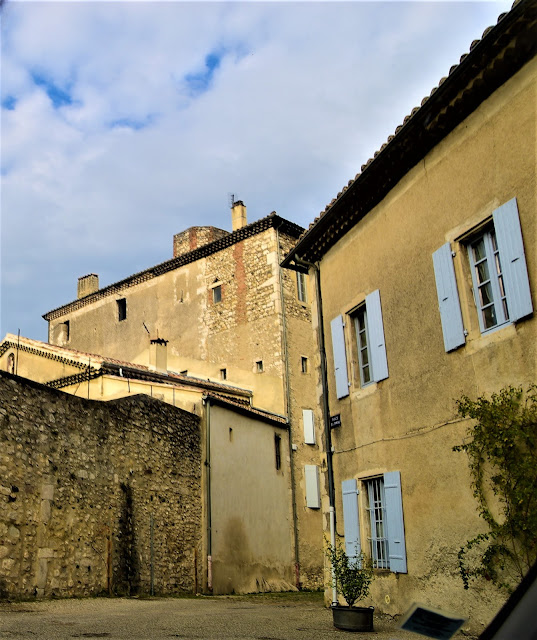 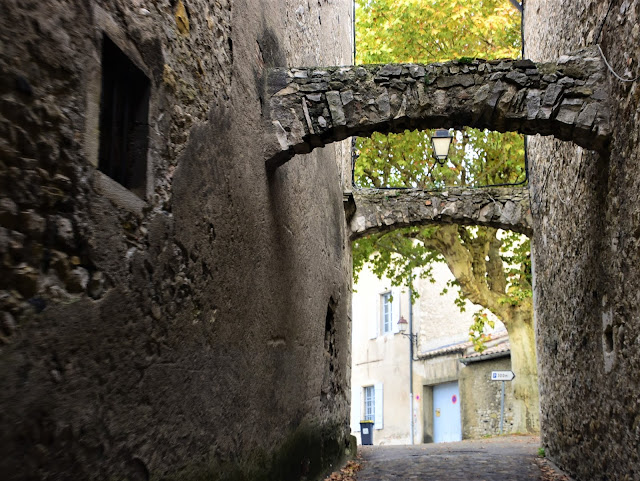 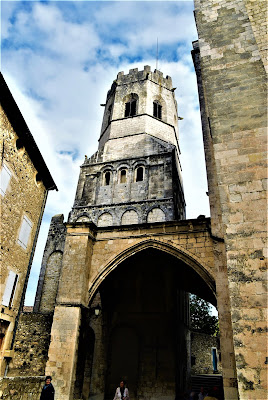 We went to Saint-Vincent de Viviers cathedral which is the smallest one in France. It's a Catholic church and the seat of the Bishops of Viviers.

It's very beautiful and serene and has a large famous organ so Uniworld arranged a private organ recital for us which was truly amazing. 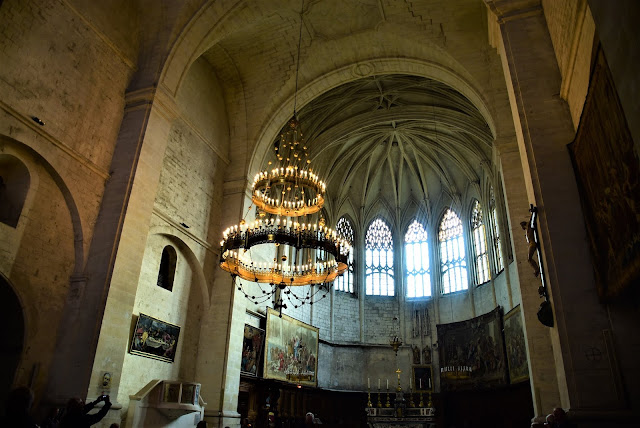 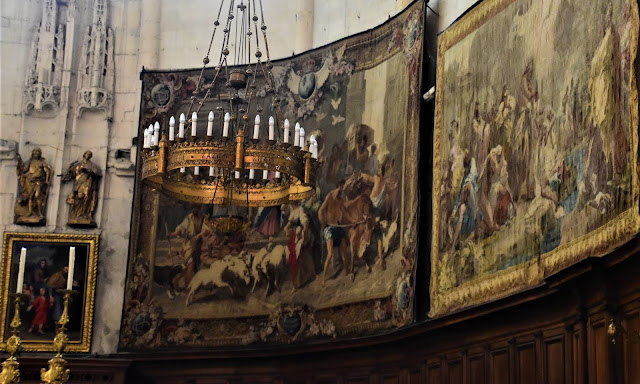 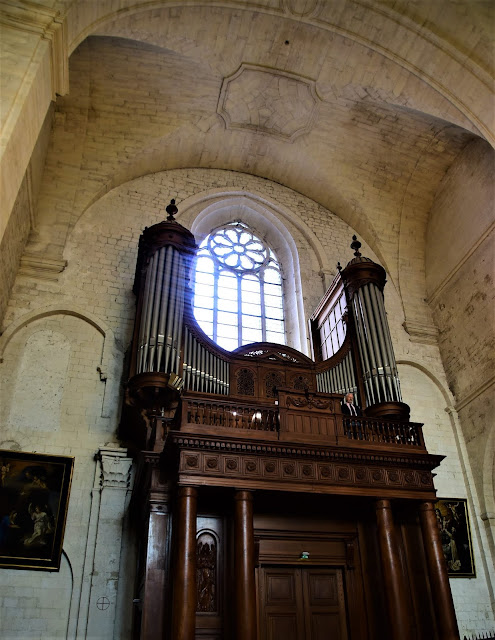 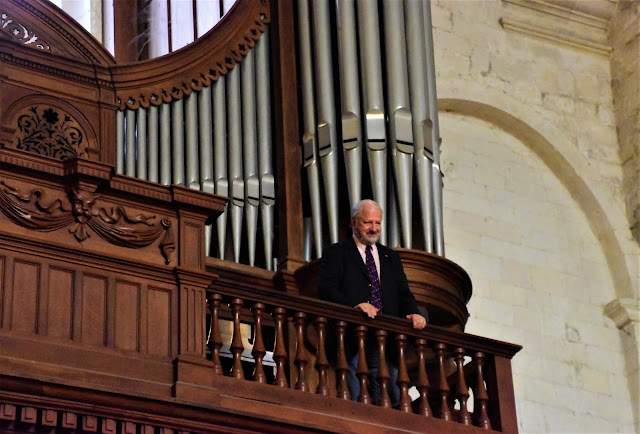 After the recital we had some free time for shopping before having lunch on board the ship. After lunch we were off to a truffle farm. OMG this was so much fun! The owner Serge was such a nice man and so funny...he was telling us how there are two hundred producers of truffles in this region and although they used to use pigs to search for the truffles they now use dogs since the pigs used to eat too many of the truffles they found and at $500.to $1000. a pound it was an expensive pig treat...lol. He told us how he trained his sweet dog "Emy" to seek out truffles and she did a demonstration for us, she was so adorable! She would sniff around a big Oak tree, smell a truffle and start digging, she was amazing. When she found one Serge would say "STOP" to her to make her release the truffle without eating it, then he gave her a cookie treat and patted her on the head for a job well done. He calls her "ma cherie" and said his wife was jealous of Emy since he pays more attention to her...hahaha.

After the truffle demonstration we enjoyed samplings of pate made with truffles and wow these were sooooo good! You could buy some in tins to take home (of course I got some). Local wines were served as well since we were after all in the best wine region in the world. I enjoyed my time here and laughed with Serge as we exchanged dog stories. 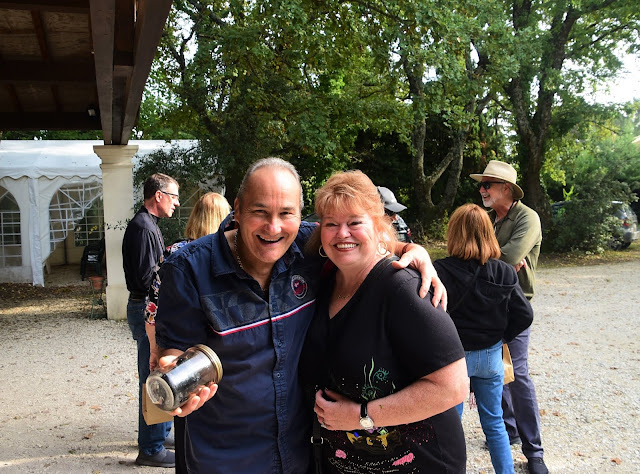 He also had large fields of lavender and they were quite beautiful, they sold lavender oil there as well. 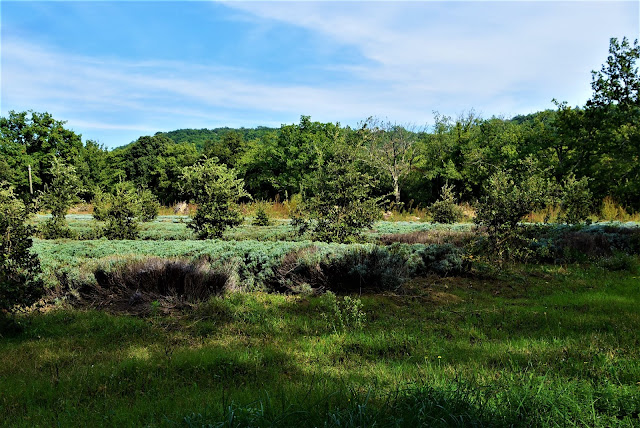 After our enjoyable time at the truffle farm we were off to the quaint town of Chateauneuf-Du-Pape. I was anxious to see where my favorite kind of wine was produced. 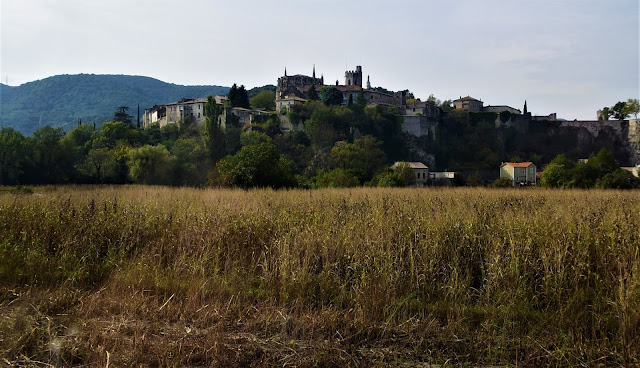 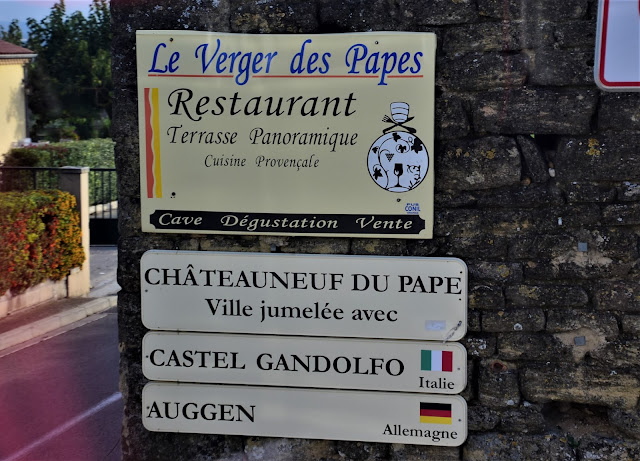 The wine producer took us all around his facility and we got to see every detail of the process of wine making. 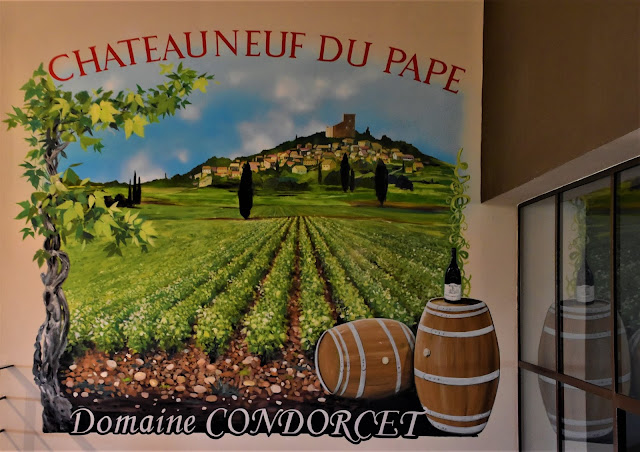 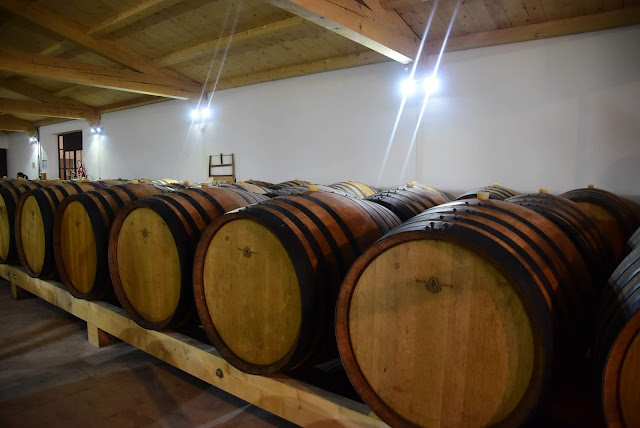 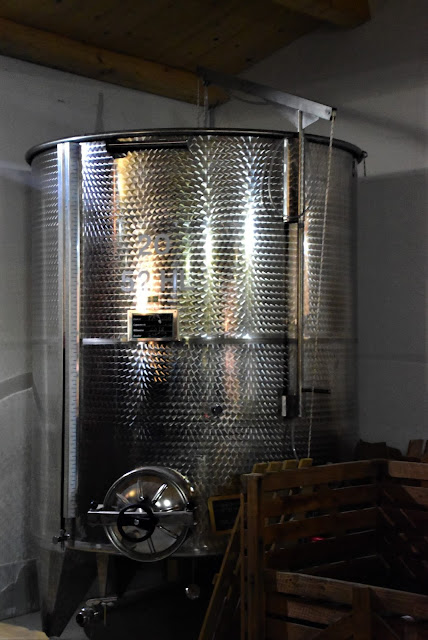 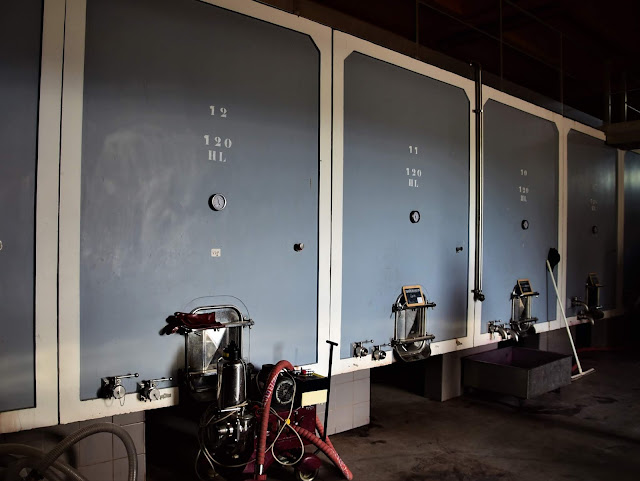 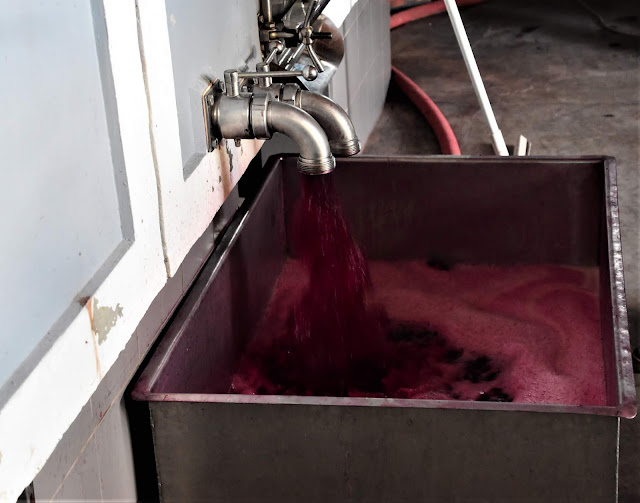 Of course the best part was sampling and we were fortunate to taste a rare white Chateauneuf-du-Pape which is only distributed locally and not exported. I did buy a bottle to take home however and will keep it for a special occasion. 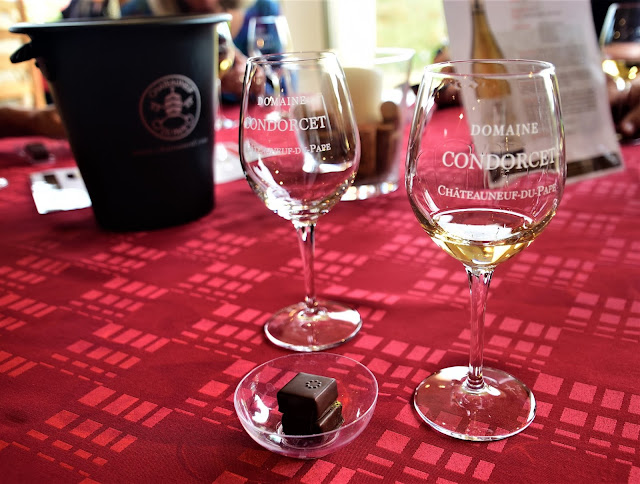 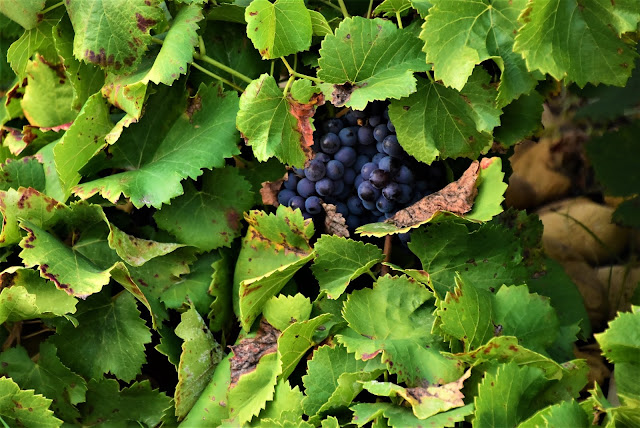 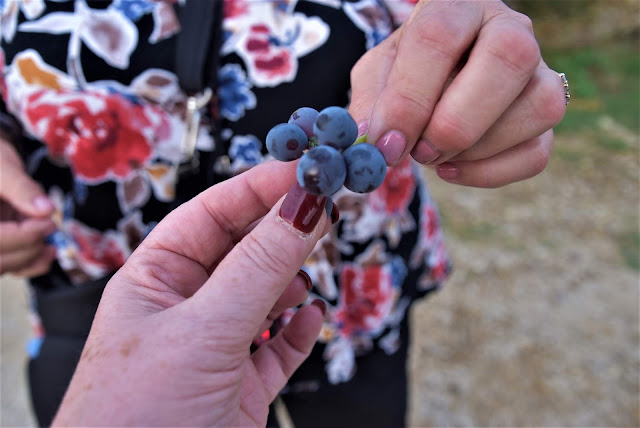 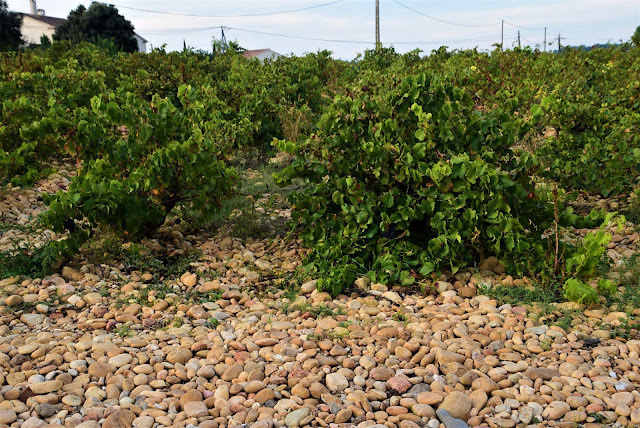 We had a scenic drive back to our pickup point where the ship was to pick us up. 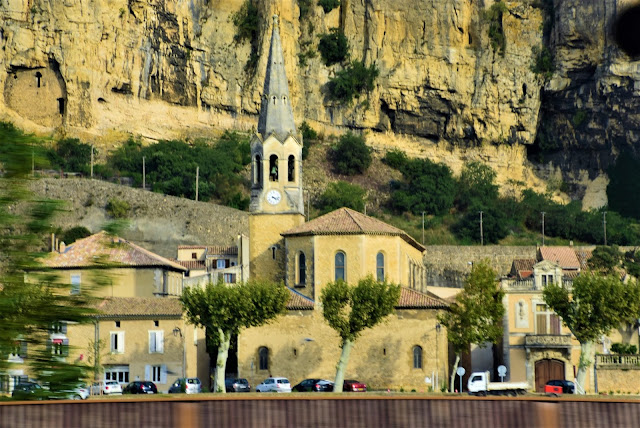 The ship was delayed however in the locks by 30 minutes so our tour guide brought out some more wine and we drank and watched the sun set by the river, it was awesome. 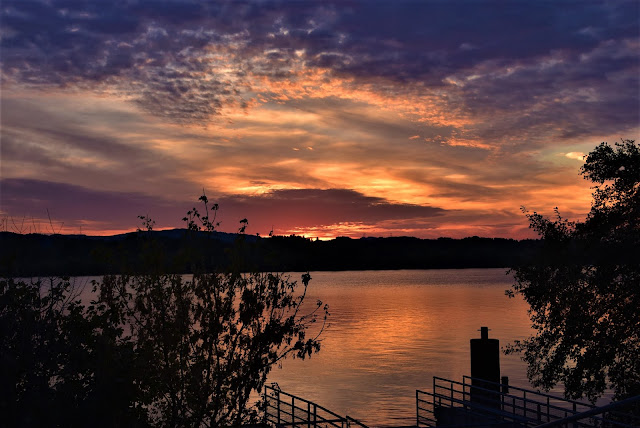 Then lo and behold we saw our ship sailing towards us......beautiful sight! 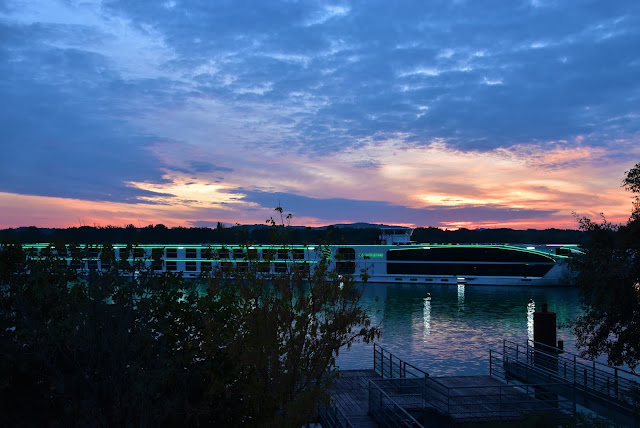 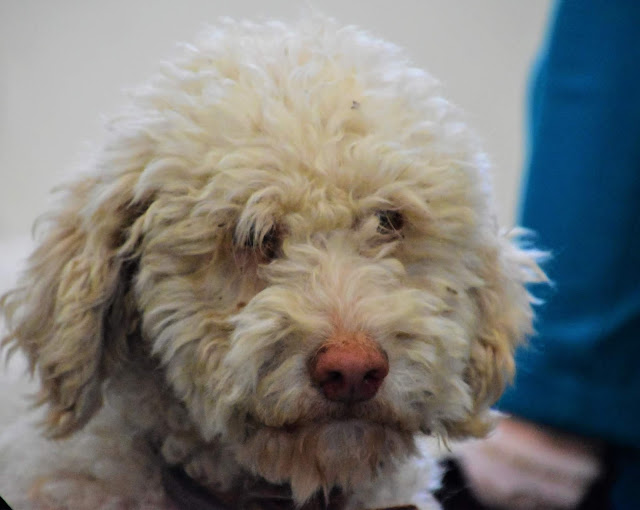 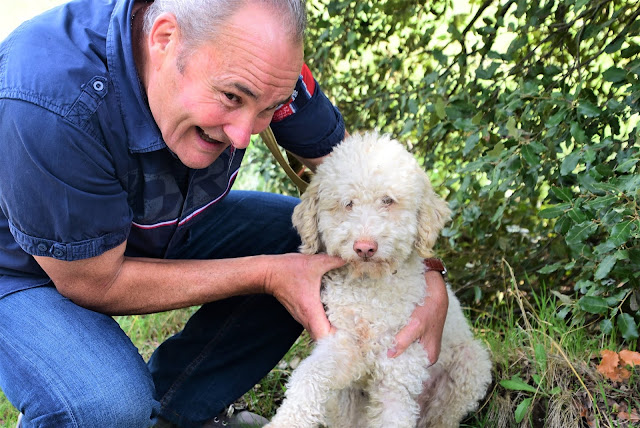