After breakfast I relaxed in my room until checkout since I was too tired to do anything.After checkout I took a taxi to the pier to board the beautiful Uniworld S.S. Catherine for my week-long cruise along the Soane river in Provence. I have a gorgeous cabin on the top deck with a balcony and I could not wait to get started! 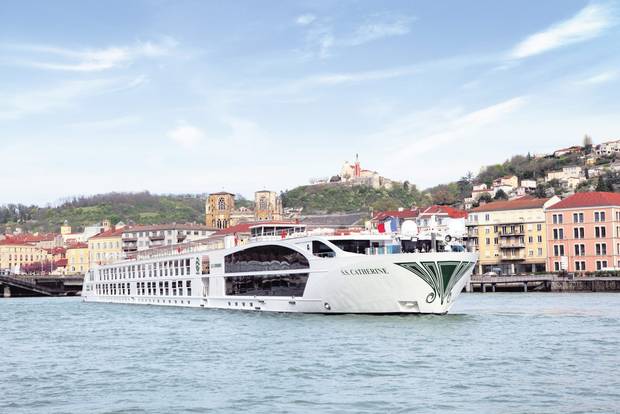 I finally was able to unpack my bags and settle in.The cabin is a deluxe cabin with balcony which has a full glass window that goes up and down at the push of a button. When the window is down it's a nice comfy balcony and at night when the window is up it becomes a glass conservatory. 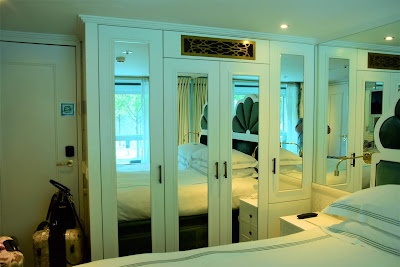 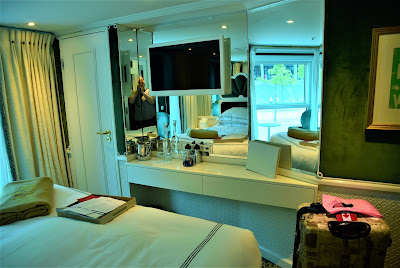 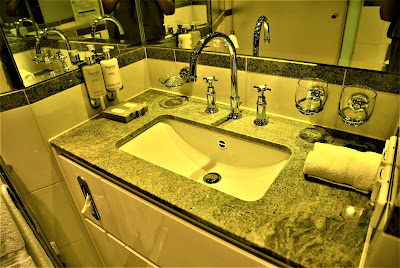 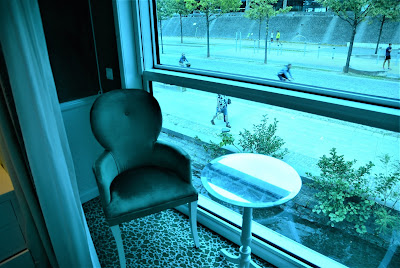 This afternoon I took a nap for a short while and then felt the ship moving so I hopped out of bed and grabbed my camera to take some shots along the river as we left Lyon. There are so many beautiful buildings which we can't see except from the river so it was a nice surprise to see those. 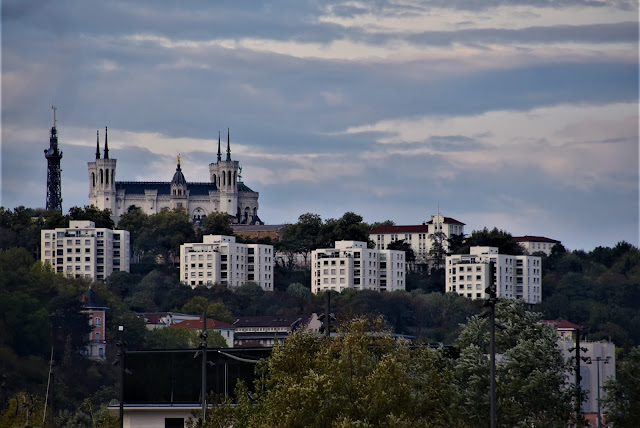 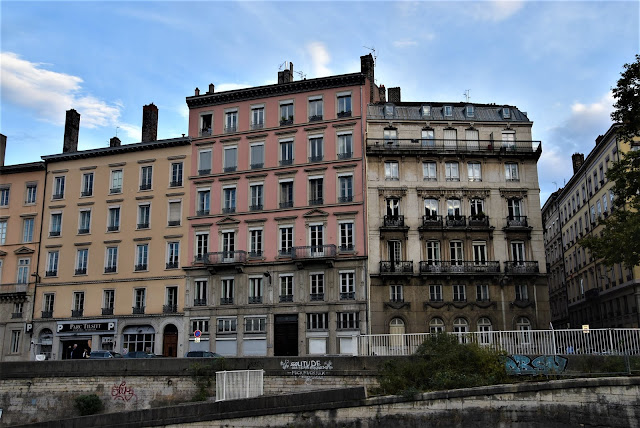 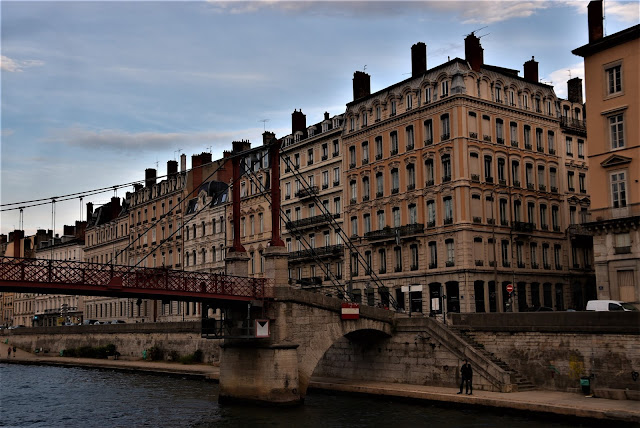 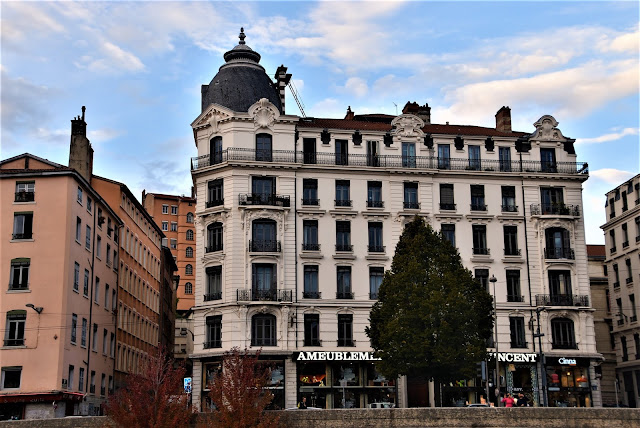 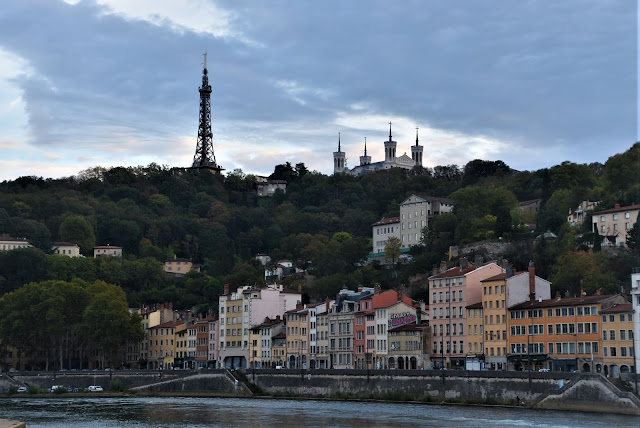 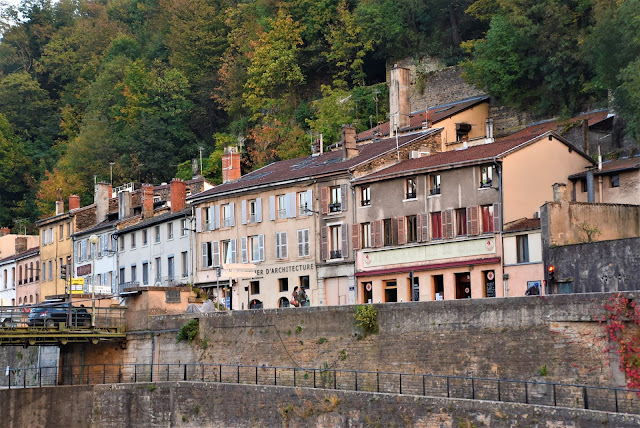 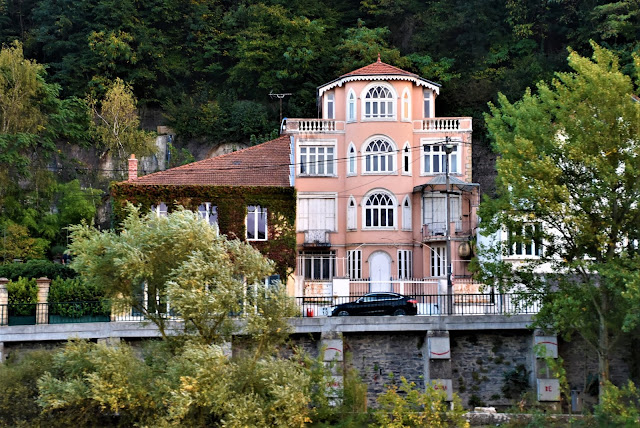 Besides the period buildings in Lyon there are many modern apartment buildings and museums along the river. 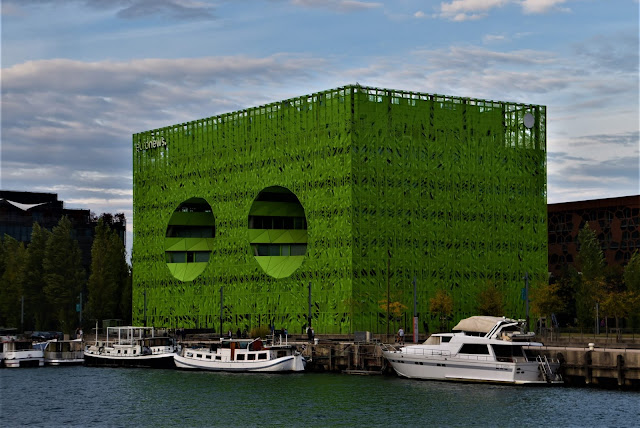 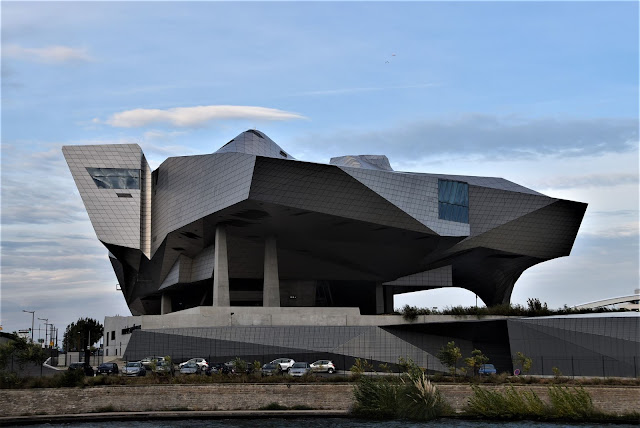 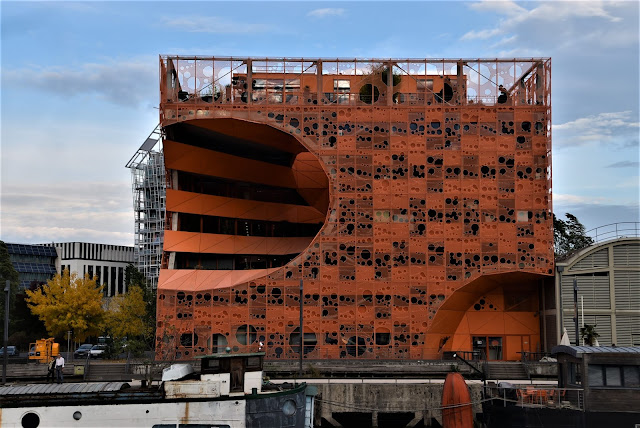 There's a population of people that actually live on their own private riverboat which is anchored all year. Most are colorful and add a whimsical look to the riverbank. 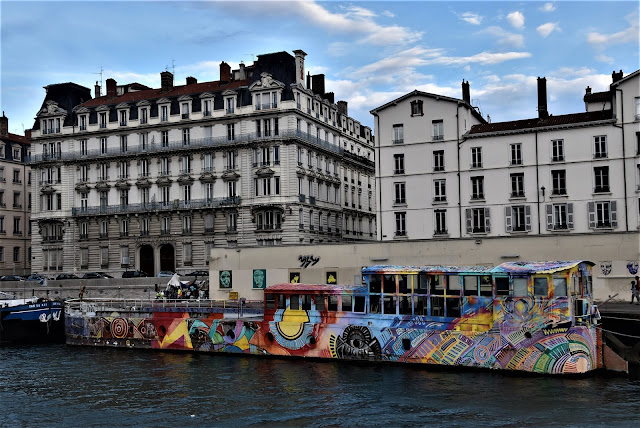 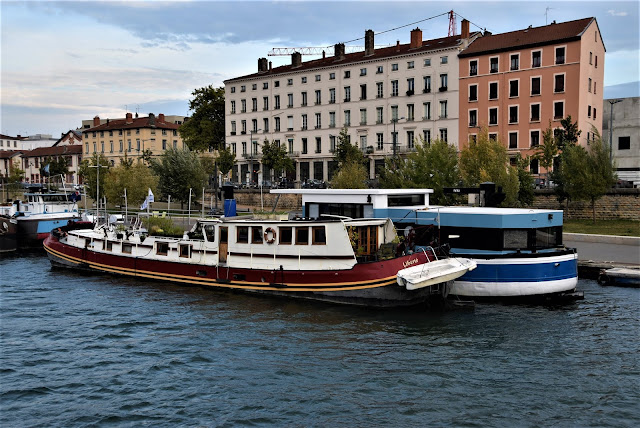 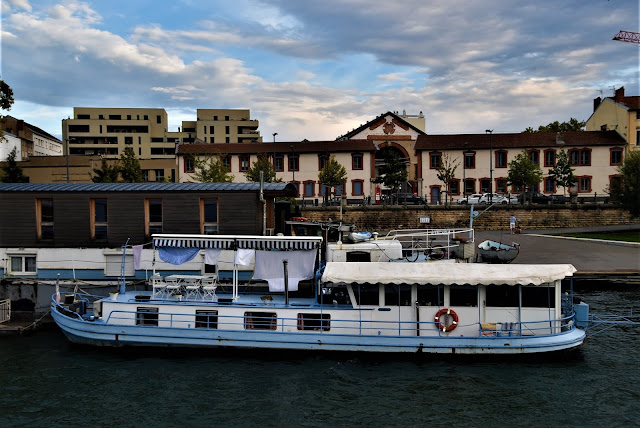 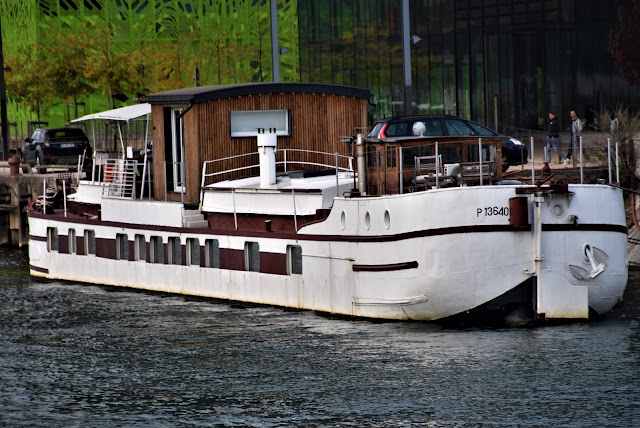 Now this guy was really adventurous. I have no idea what this sport is called but he was on a small board which seemed like it never even touched the water except for this fin underneath and he was being pulled by a parachute! 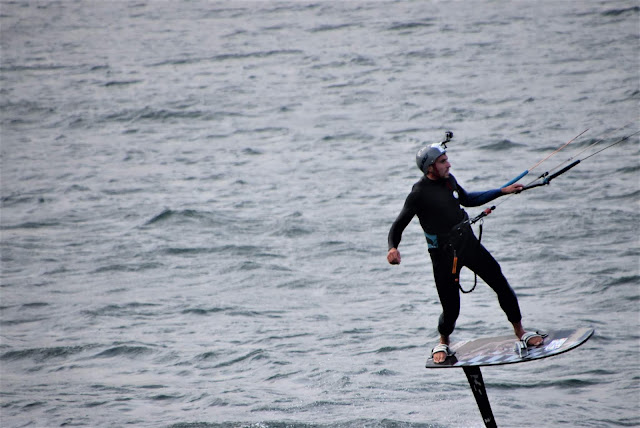 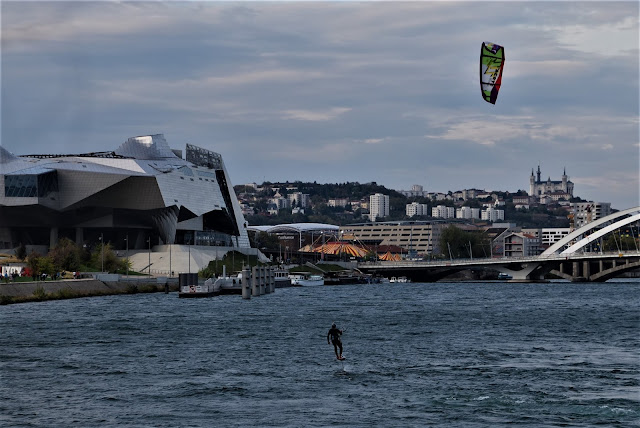 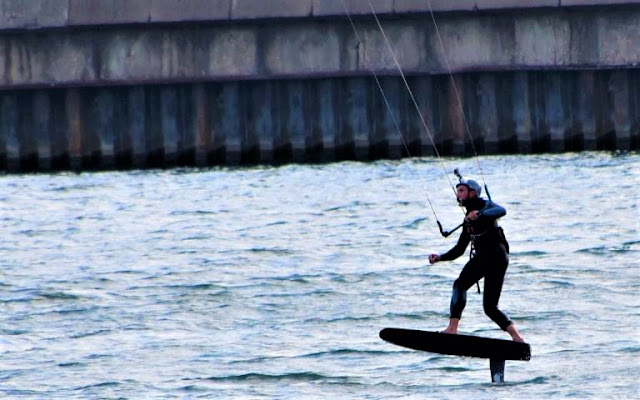 After watching him fly around at death defying speeds for some time, I decided to get ready for dinner. I sat at a table with five lovely people who were traveling in a group of twenty. They were so much fun with sarcastic quick wits which I love so we became good buddies and we laughed quite a lot. By the end of the meal I felt like they were friends I had known forever.

It was not a late evening since I was quite tired having gotten only a few hours sleep the night before so my bed looked rather inviting. I got all cozy and watched an old movie, "Gigi", which I promptly fell alseep on in the middle. . . . there are worst ways to fall asleep I guess then listening to Maurice Chevalier sing....zzzzzzzzzzz.