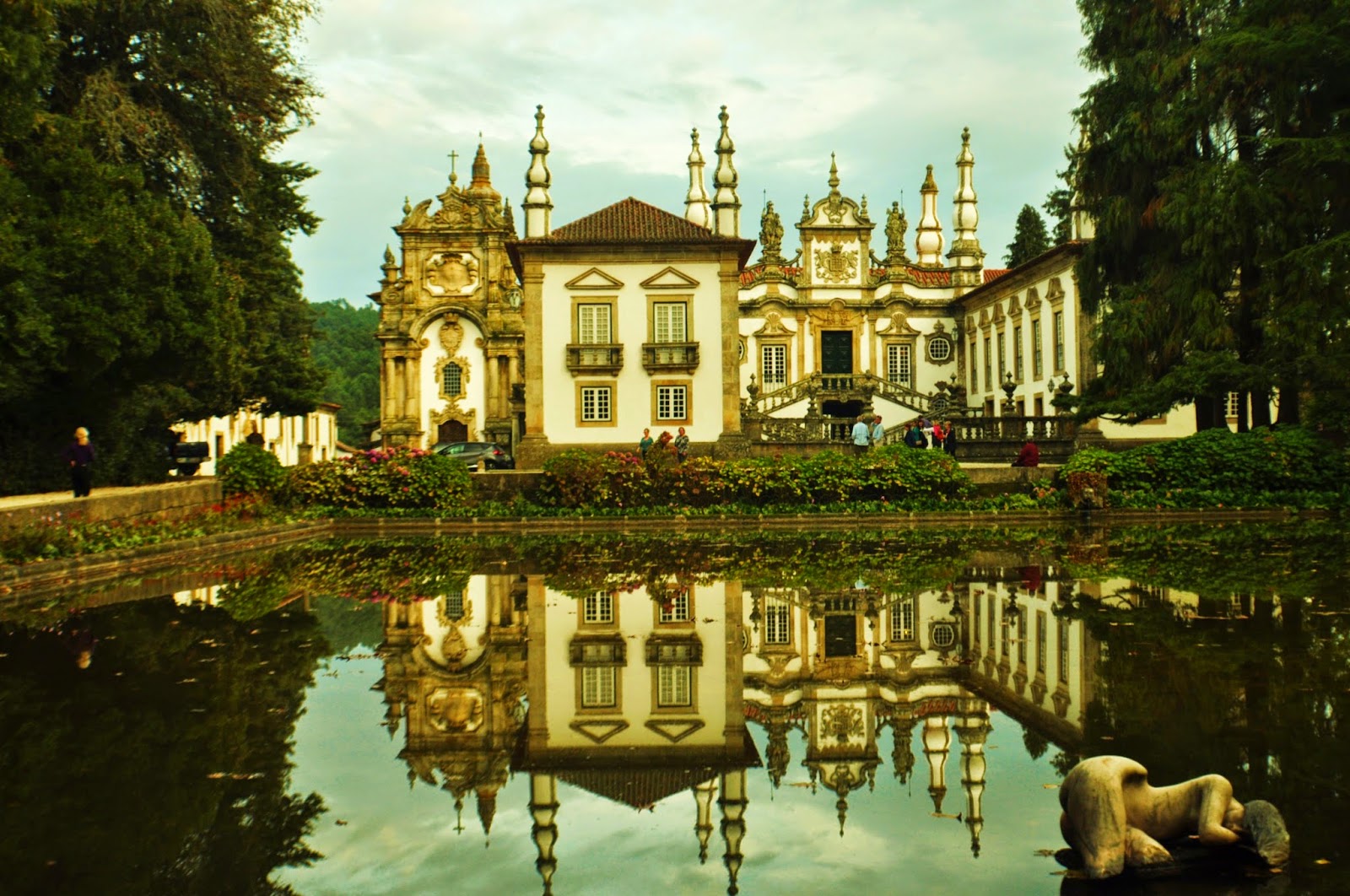 This morning I got a chance to sleep in as we were sailing the Duoro river and were scheduled to arrive Regua only around 2:30 which is the kind of day I like the most. You can lie in bed and watch the villages sail by with no rushing. After a great lunch we disembarked and headed out to visit Casa Mateus.
Described as "the most fantastic country house in Portugal", it has been made famous worldwide for being featured on the label of Mateus Rosé wine and it is well worth a visit for a glimpse into the lives of the Portuguese aristocracy.

Built in 1745, it is considered a perfect example of baroque architecture, with an impressive façade made up of beautiful pinnacles on the roof and an ornate balustraded stairway, all reflecting on a pond in front of it. Behind it is a delightful garden, Mateus Palace Gardens among the most beautiful in Europe, with box hedges, statues, and a spectacular cedar tunnel about 115ft long. 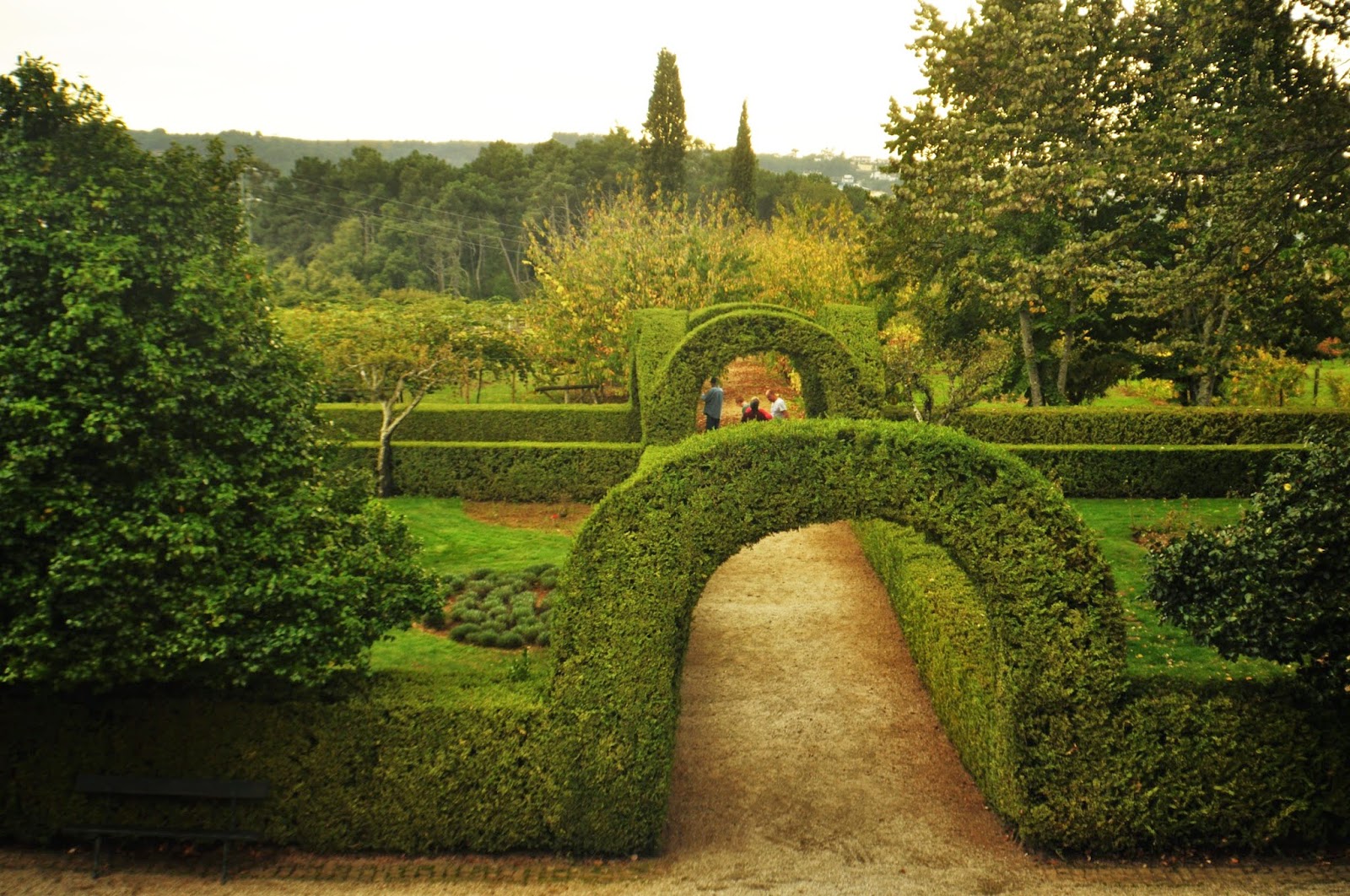 We had a guided tour of the palace's interior, beginning at the entrance hall, with its carved chestnut ceiling and 18th-century furniture, leading into the Four Seasons Room which takes its name from its large 18th century paintings, and the Blue Room that features Chinese porcelain. The neighboring Dining Room contains stunning Portuguese china and silver, and the Four Corners Room has Indo-Portuguese furniture. The descendants of the family still use the house for a few months in the Summer.

We had some free time to explore on our own and it was quite lovely to sit in the medieval stone cafe and enjoy a Cappuccino.

After a visit of the grounds, the winery and the chapel we were off again towards the vineyard town of Favaios. Here we had a private dinner arranged at the family owned Quinta Da Avessada which is a fantastic winery & restaurant nestled on a hilltop. 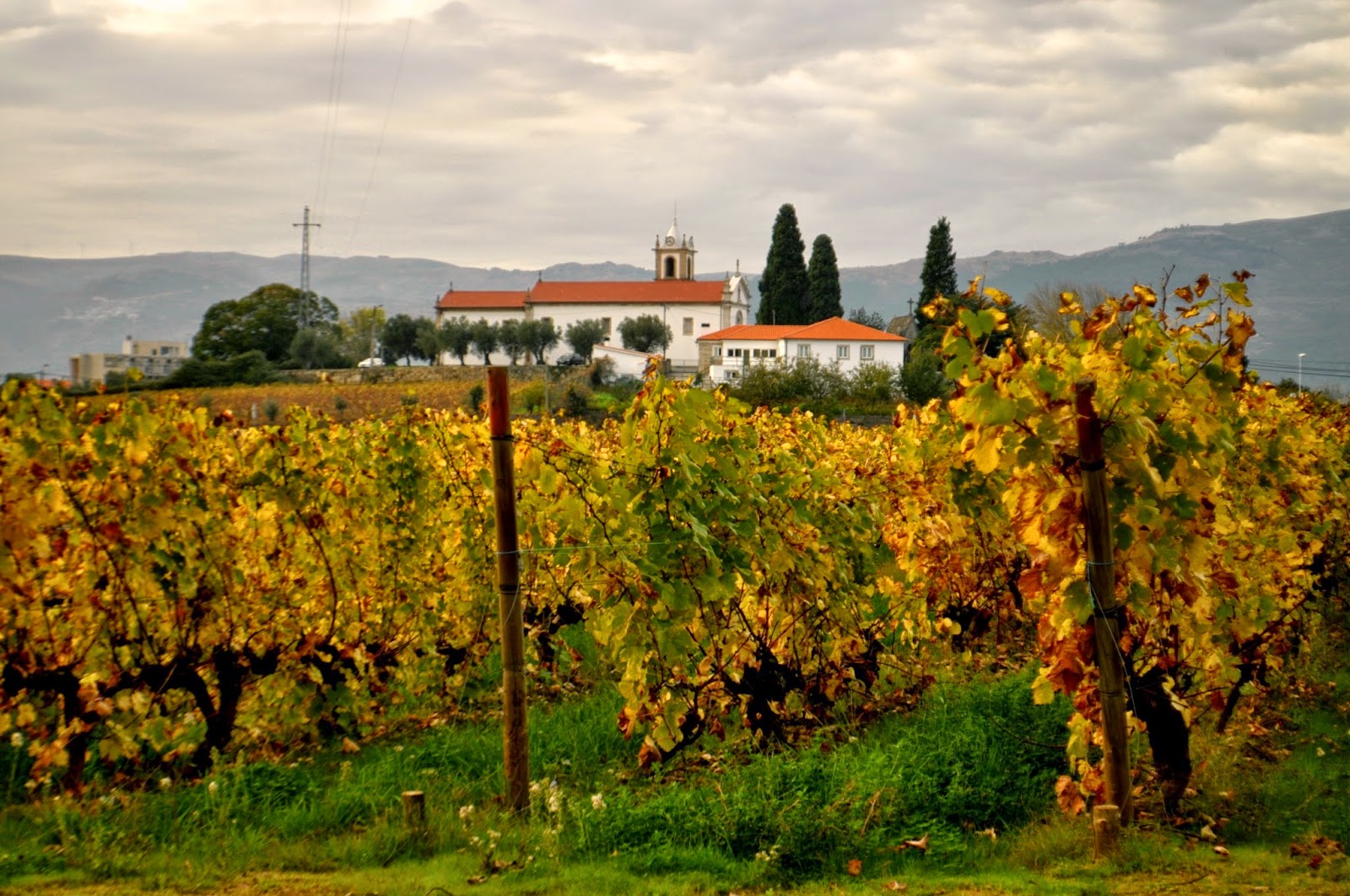 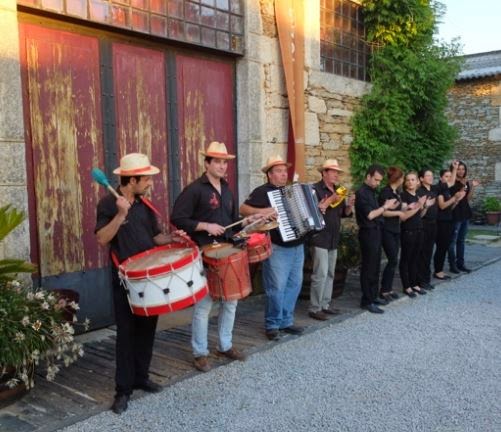 We were greeted by Portuguese guitar players and singers as the sun was starting to set and it was a beautiful setting. As we entered the outdoor lounge overlooking the vineyards we were handed a glass of their famous Muscatel wine.

There were small tables set up with delicious pates and a variety of local delicacies which we could savor while listening to the music, it was quite a surreal atmosphere. We visited the tasting room with examples of how the wine is kept in barrels and enjoyed a short talk about the history of wine-making and most importantly we tasted the fabulous wine of this region. We can see vineyards as far as the eye can see so it is special to experience the process of vine to glass.


Afterwards we were treated to a visit of the workings of the winery and were surprised that they now have mechanical robots that crush the grapes replicating the exact movements of how human feet used to do the job. 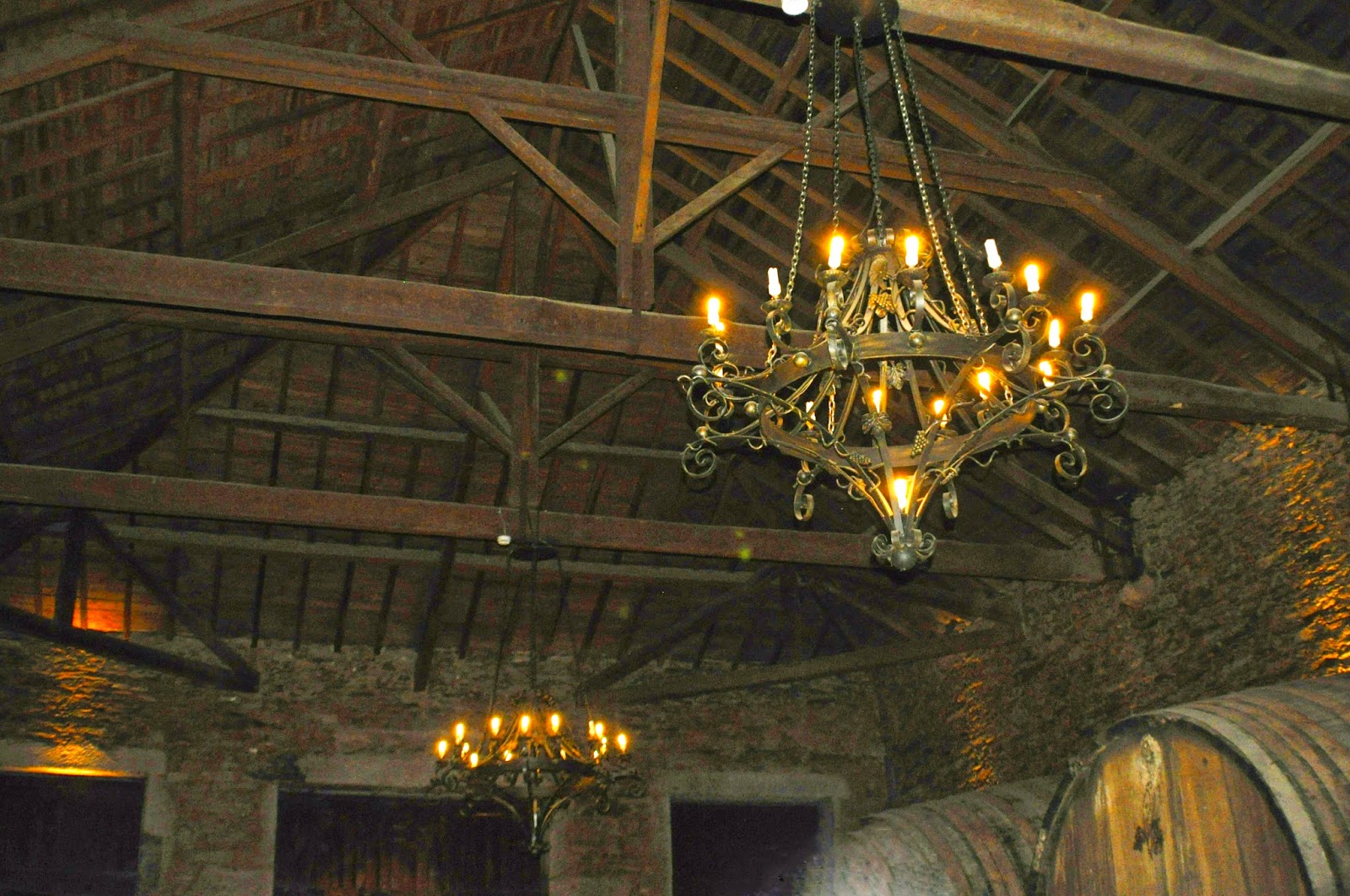 Then it was off to have a sumptuous dinner! We had many specialties of the house from soup to appetizers, delicious beef, chicken and fish topped off with many wines and luscious desserts and cheeses. It was overwhelming. We were taken back to the ship around 9:30pm for a well deserved night of sleep.