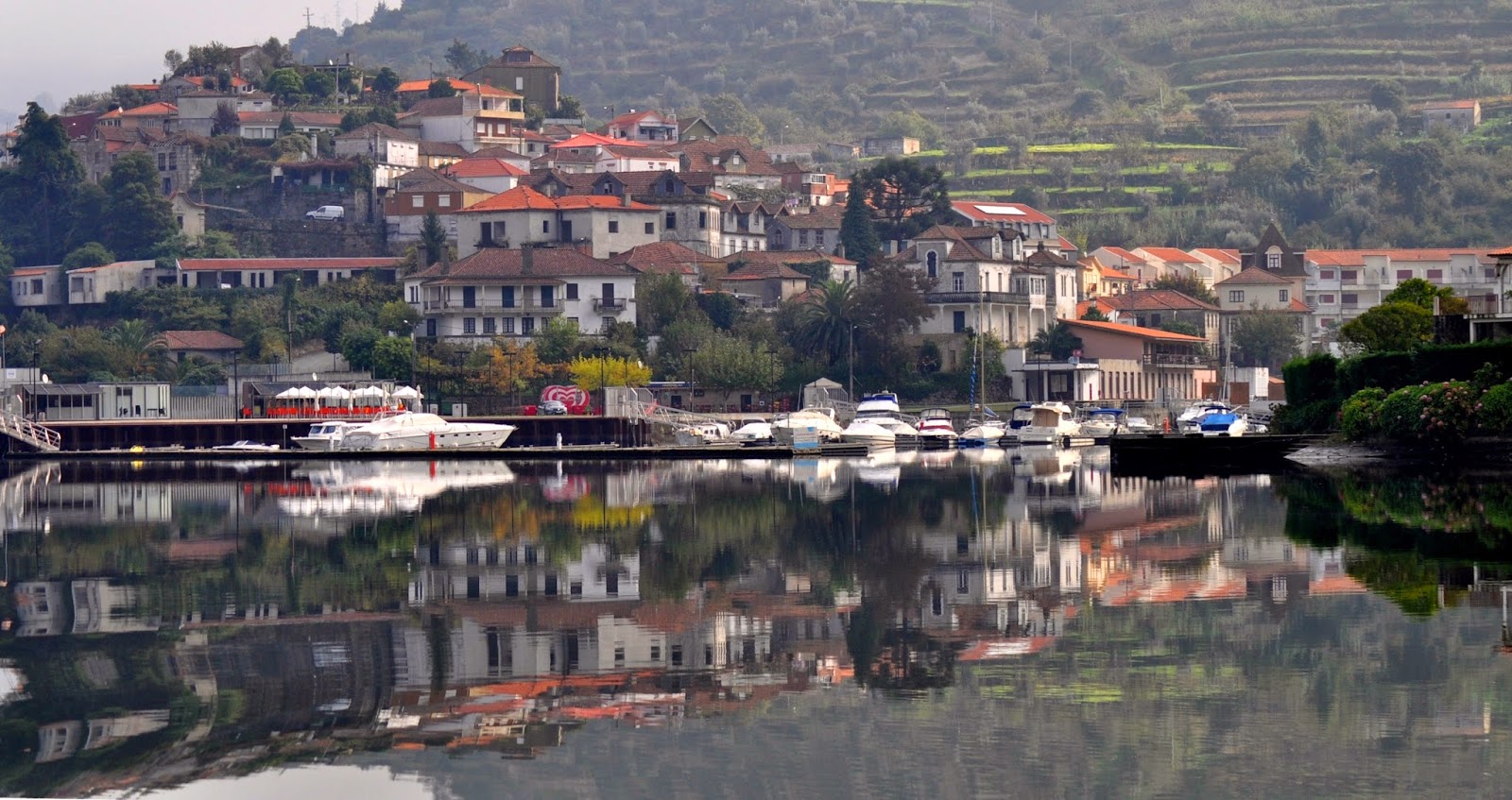 This was a great day because I got to sleep in! I had a late breakfast in the dining-room and then had several hours in my cabin resting while we were sailing towards Guimaraes. These are my favorite types of mornings because I love sliding the glass door in my cabin open and having the fresh air blow on my face while I relax on my bed and watch tiny towns and villages sail by. 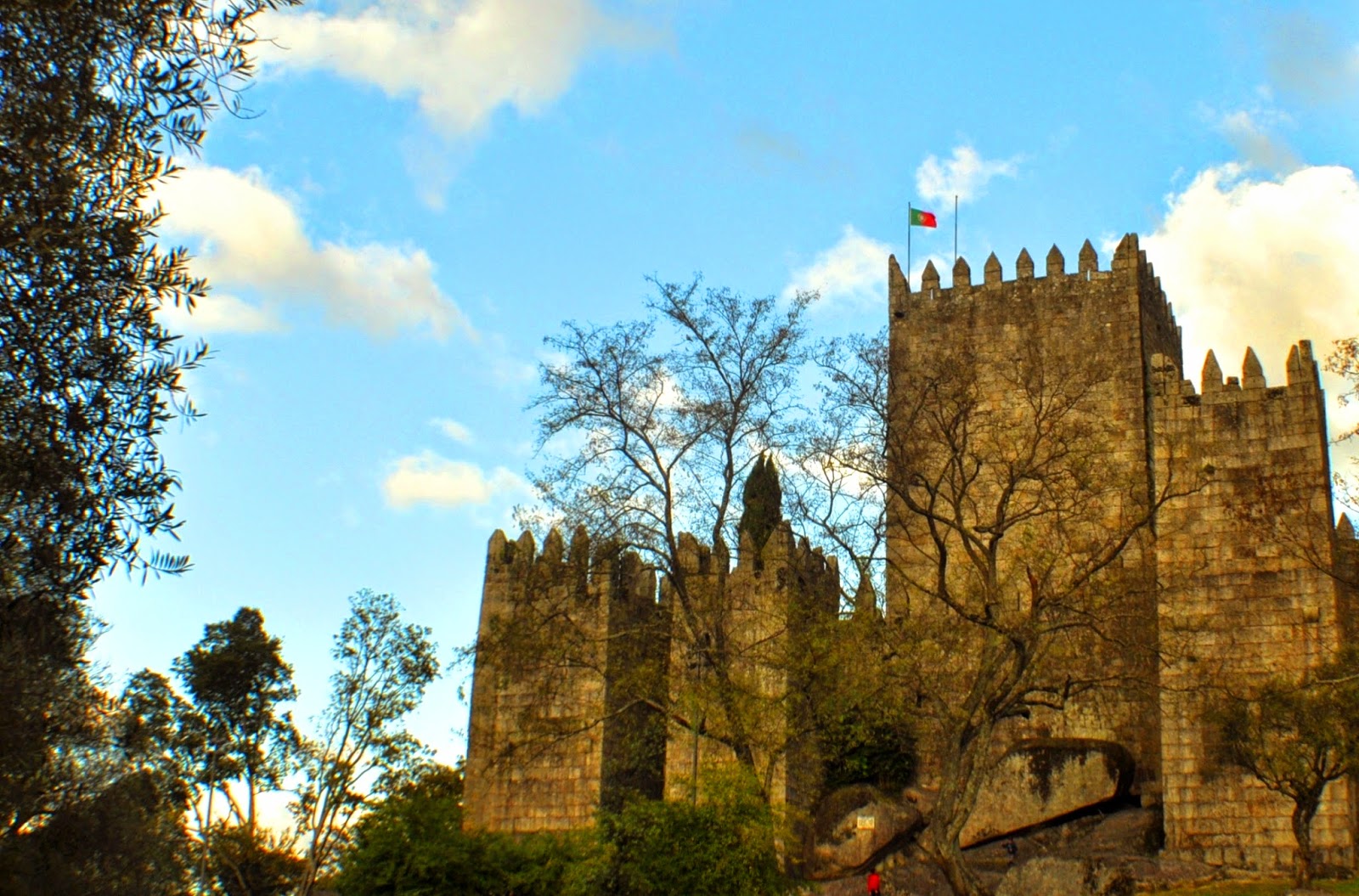 We arrived in Guimaraes, Portugal at around 1:45pm and we off to explore this fascinating town. As the first capital of Portugal and birthplace of the nation's first king, Guimarães is one of the country's most historic cities, and its World Heritage medieval streets with well-preserved monuments make it one of the most attractive places to visit in Portugal. The imposing medieval castle Guimaraes Castle with eight crenellated towers was built in the 10th century to protect the population from attacks by the Moors and the Normans. It was then extended to its present size in the 12th century by Afonso Henriques, the first king of Portugal, who was baptized in the small Romanesque chapel next to the castle. 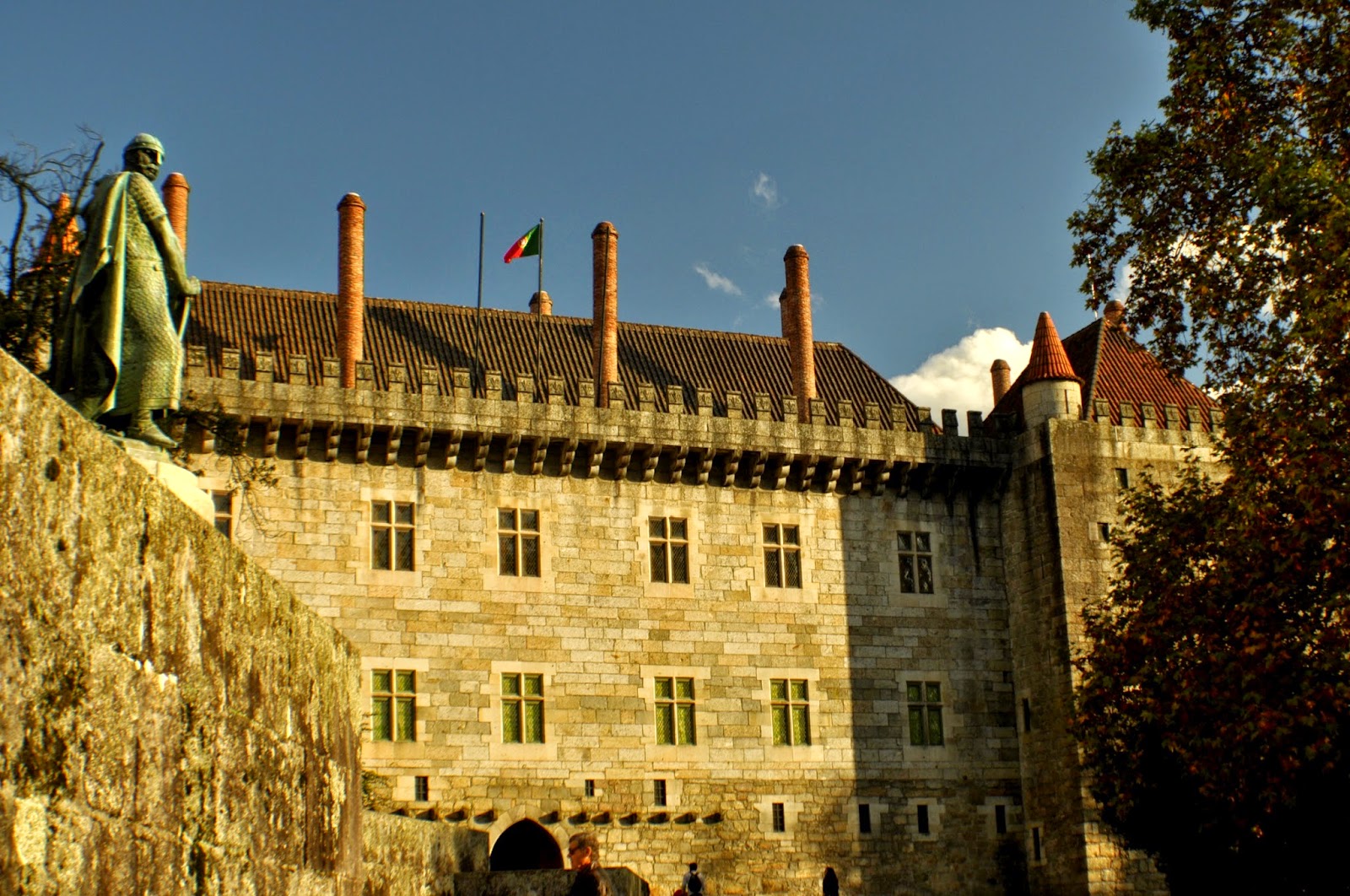 Across from the chapel is the Palace of the Dukes of Bragança, built in the 15th century as a medieval palace, with 39 unusual brick chimneys showing strong Northern European influence. It was used as recently as a few decades ago during the Salazar dictatorship as an official residence for the president. Inside is an impressive banqueting hall with a splendid wooden ceiling, and an extensive collection of portraits, furniture, carpets, and porcelain dating mainly from the 17th and 18th centuries. 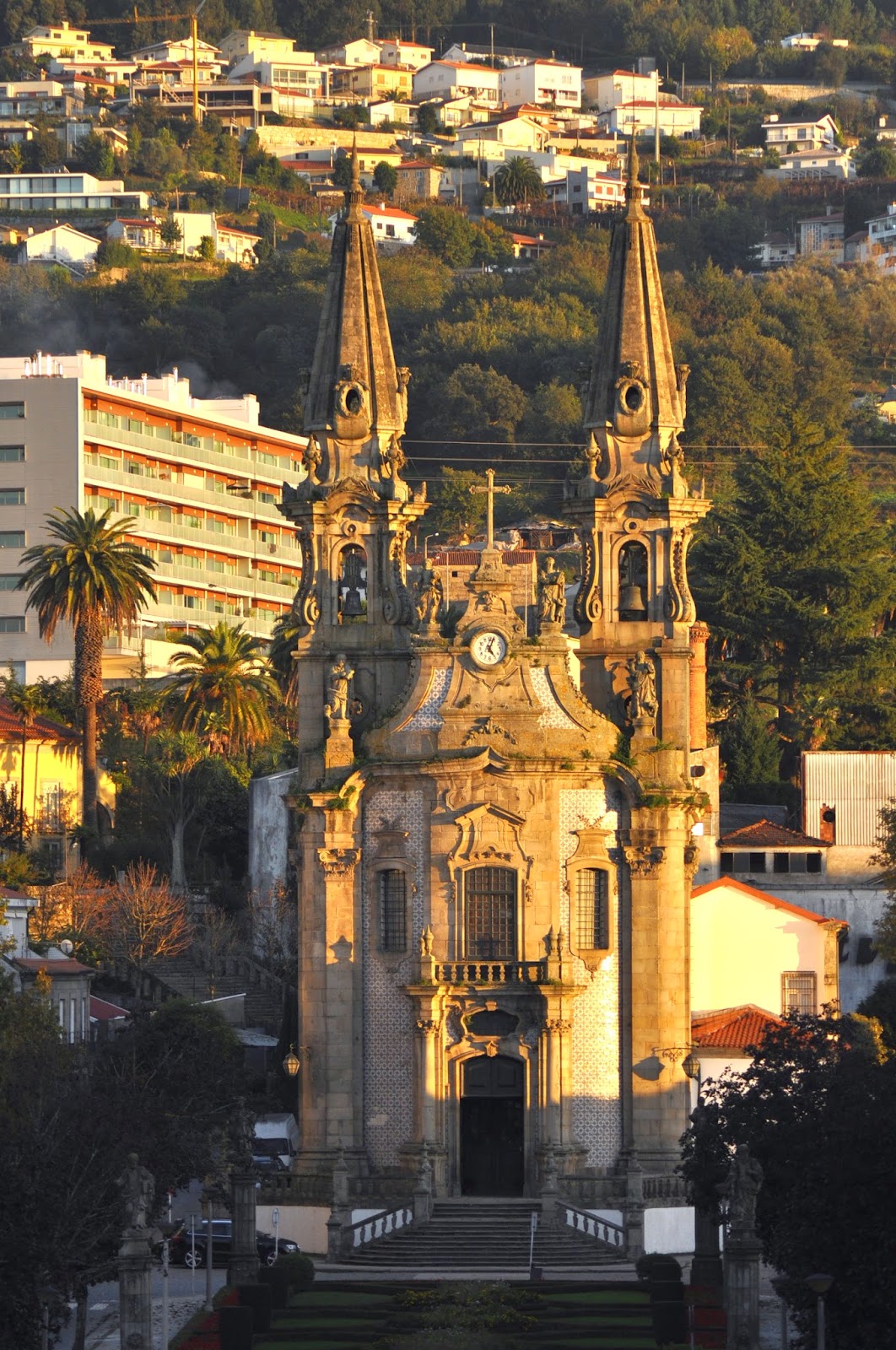 Among the several churches in Guimarães, the finest is São Francisco Church on the south side of the city gardens. Built in 1400 in Gothic style, it was restored in the 18th century and features a series of magnificent tiles and an elegant Renaissance cloister and fountain.

From the castle, the beautiful cobbled Rua de Santa Maria has remained essentially unchanged for centuries, and leads down into the heart of the old town, where there are superbly restored historic buildings. One of those buildings is the former 16th-century Baroque convent of Santa Maria, now serving as the City Hall. At the end of the street are two delightful squares with outdoor cafes and balconied houses, Praça de Santiago and Largo da Oliveira. At Largo da Oliveira is the old Town Hall and the Church of Nossa Senhora da Oliveira, with a Gothic shrine erected in 1340 standing before it. There are many legends about its origins, but a popular story says it marks the legendary spot where Wamba, elected king of the Visigoths, refused his title and drove a pole into the ground swearing that he would not reign until it blossomed, and it then sprouted immediately. 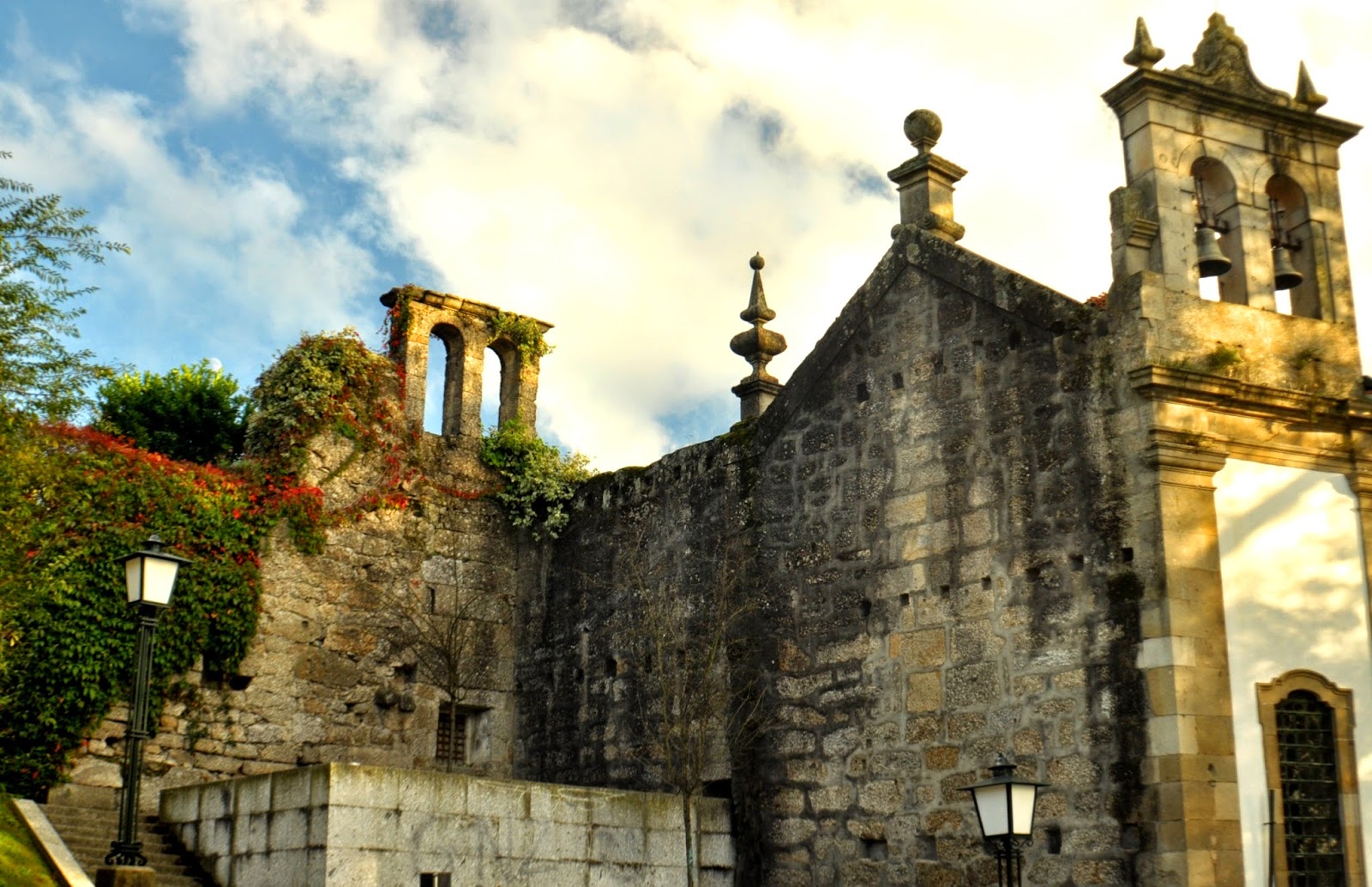 In the church's Romanesque cloister is the Alberto Sampaio Museum, exhibiting some outstanding religious art. The biggest treasures are a tunic worn by João I in the Battle of Aljubarrota in 1385 and a silver altarpiece reportedly taken from the defeated Spanish king.

Guimarães was declared a World Heritage Site because: "Guimarães is of considerable universal significance by virtue of the fact that specialized building techniques developed there in the Middle Ages were transmitted to Portuguese colonies in Africa and the New World, becoming their characteristic feature. The early history of Guimarães is closely associated with the establishment of Portuguese national identity and the Portuguese language in the 12th century. An exceptionally well-preserved town, Guimarães illustrates the evolution of particular building types from the medieval settlement to the present-day city, and particularly in the 15th-19th centuries." 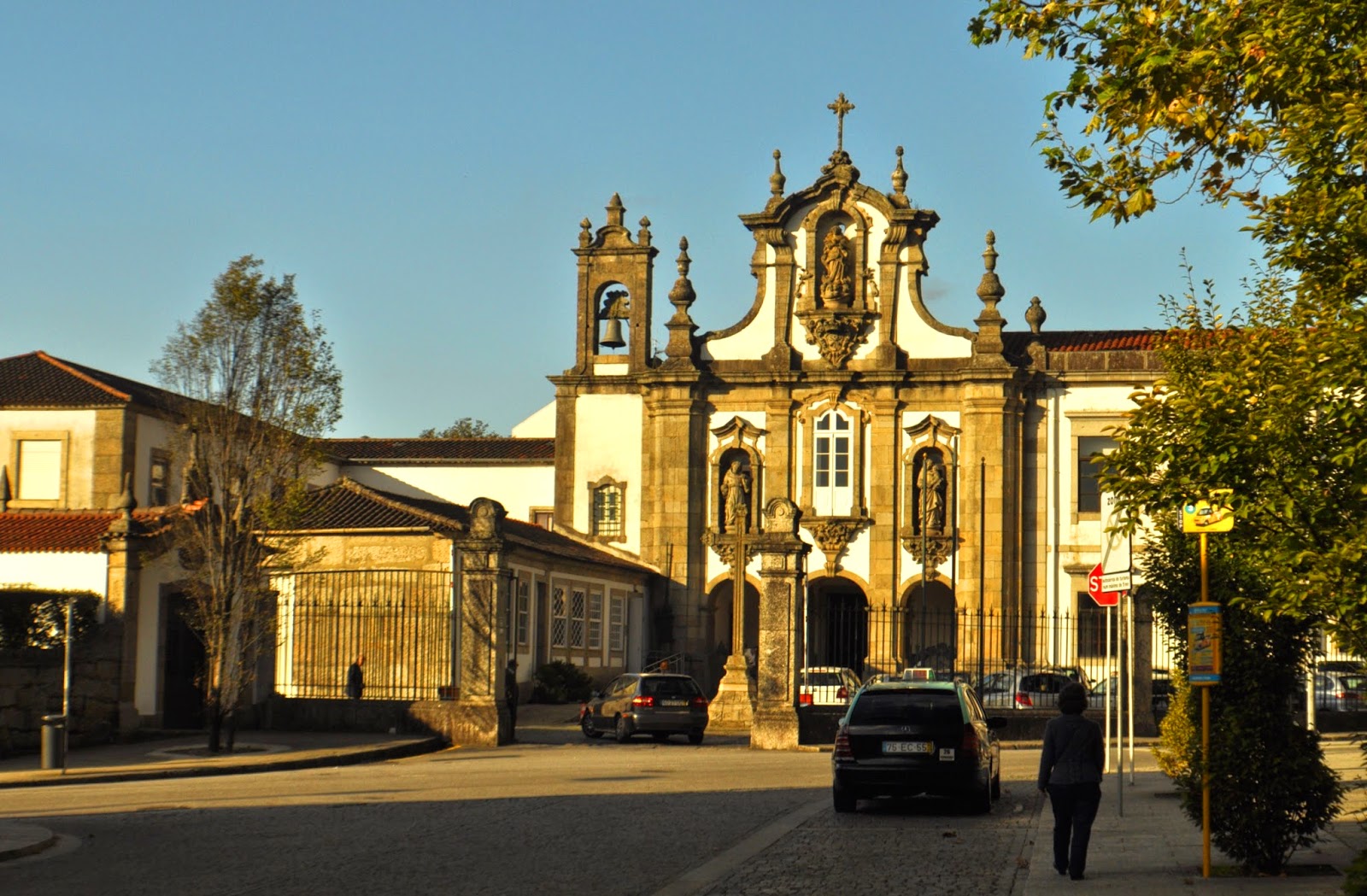 We had some free time after the tour and it was so nice to have a Cappuccino in the town's main square sidewalk cafe. 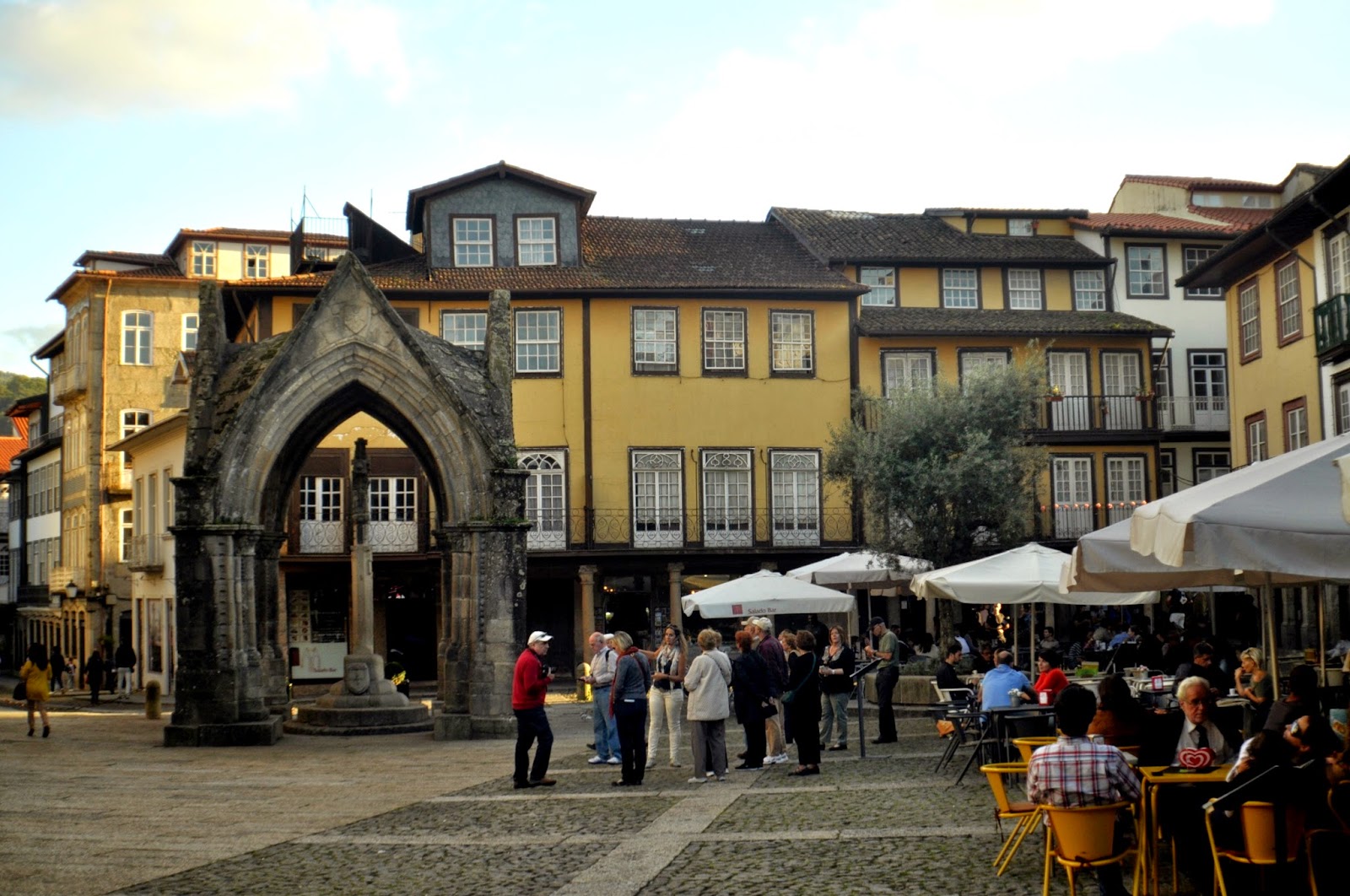 We arrived back to the ship docked in Porto at around 6:00pm so there was a few hours before dinner.  After dinner I took this shot from my cabin. 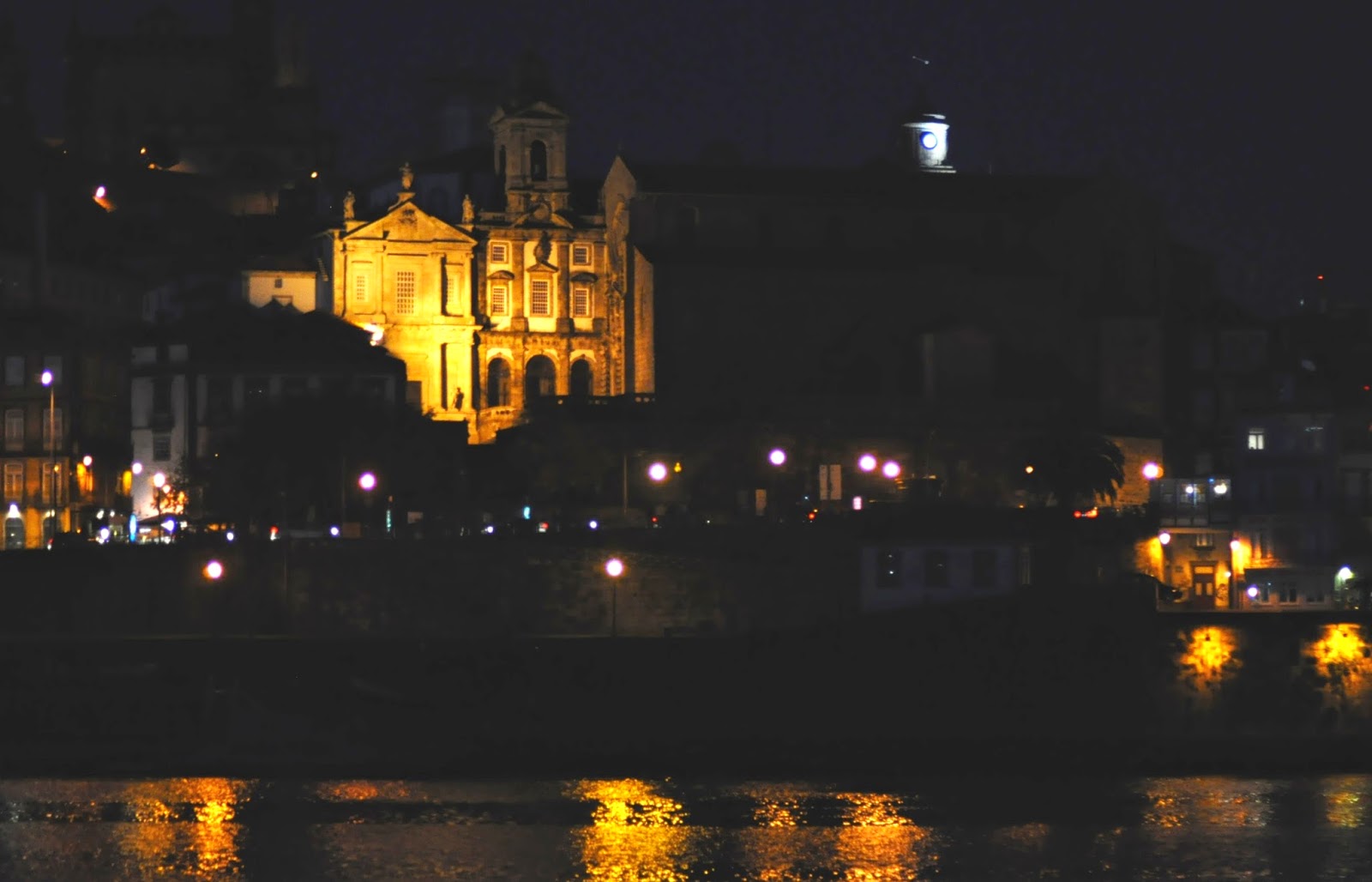