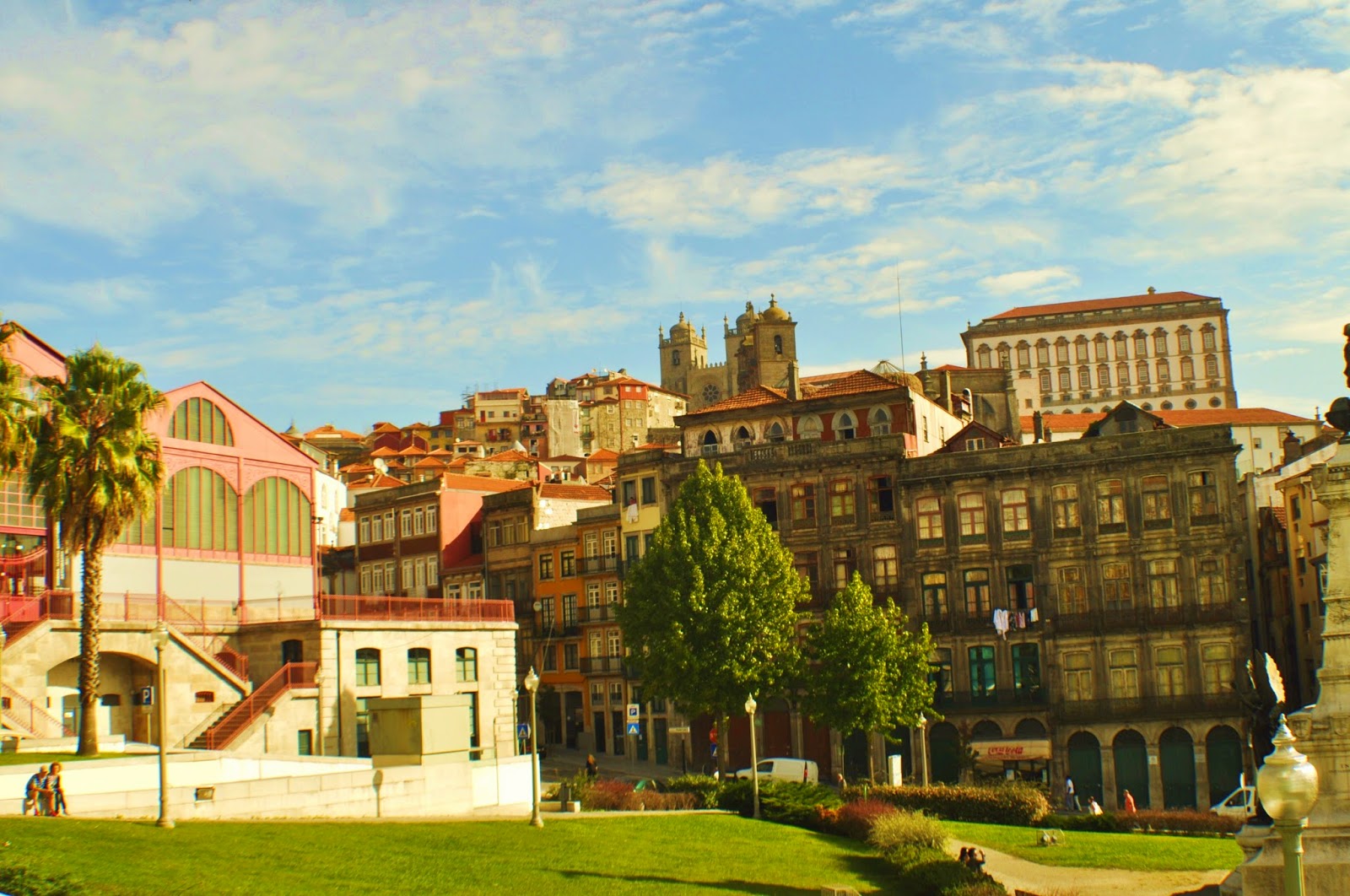 This morning I had a great breakfast before heading off on a tour of Porto, Portugal. If you mix monuments by leading world architects from the past and the present, and some fantastic baroque carvings, add a world-famous sweet wine and a certain British flavor and place it all by a grand river, then you have "O Porto," the port, Porto -- Portugal's second largest metropolis, and one of Europe's most charismatic cities.


Oporto is one of the last undiscovered European metropolises. But this is not a new city, it is an ancient port steeped in history and tradition. It is a highly atmospheric place that has become known for its monuments by renowned architects Gustave Eiffel's Dona Maria Bridge, Nicolau Nasoni's Clerigos Tower, Rem Koolhaas' Casa da Musica, or Siza Vieira's Serralves Museum. This is also the city that originated and named Port Wine, and gave birth to one of world history's legendary figures, Prince Henry the Navigator. You'll also see in new guidebooks that it is also the birthplace of that world-famous fictional character, Harry Potter -- author J. K. Rowling was living in Oporto as an English teacher when she started writing her first book. 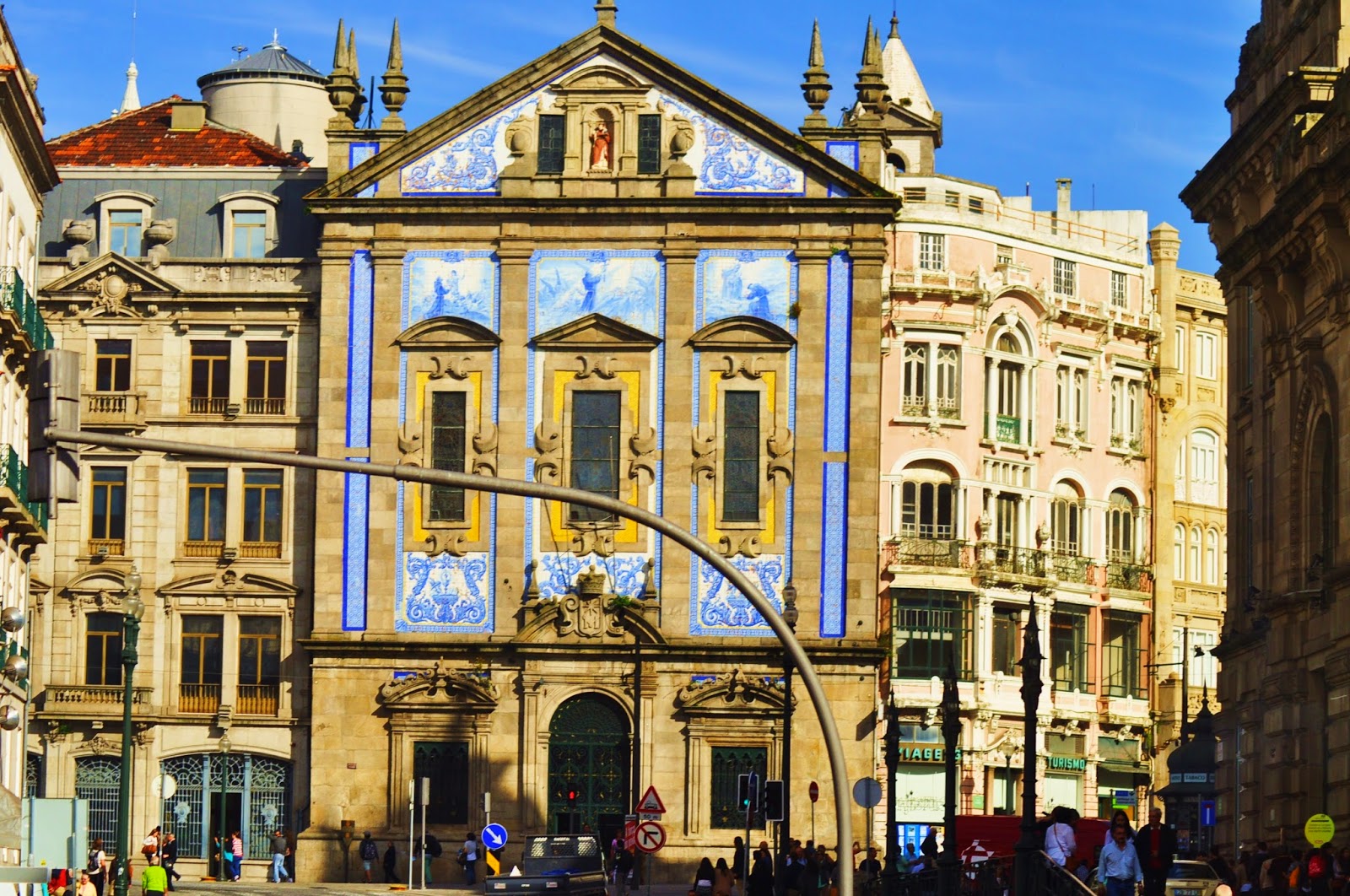 Located along the Douro river estuary in northern Portugal, Oporto is a registered UNESCO World Heritage Site. Along with being the second-largest Portuguese city after Lisbon, Oporto is also one of the most prominent urban areas in Southern Europe. Its rich history which dates back to many centuries enriches its cultural wealth as the city is one of the oldest European centers.

Varied historical monuments including the cathedral with its Romanesque choir, neoclassical Stock Exchange and the typical Portuguese Manueline-style Church of Santa Clara depict cultural richness. Right from its historical days Oporto's shipbuilding industry has seen continuous growth. Its ports have been responsible for the production and export of the fortified wine to great extents. 'Port Wine', a gift to the world is named after the city of Oporto. Port is one of my favorite drinks and I was thrilled to be where it all started! 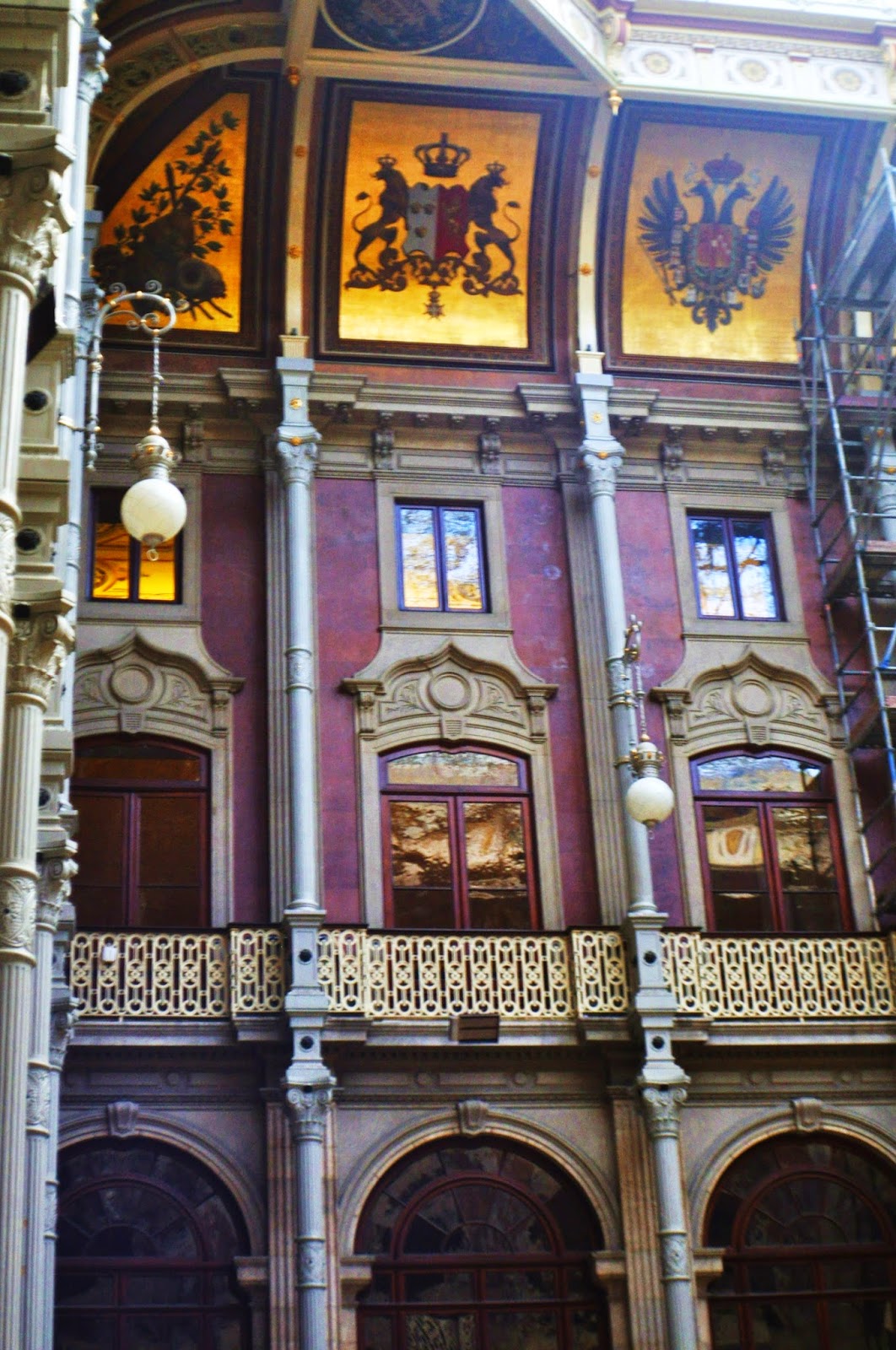 This city on the river is seeped in history. Our first stop was the stock exchange palace. The Stock Exchange Palace, better known even to foreign visitors as Palacio da Bolsa, is one of the most valuable tourist sights of Porto. The construction works started in 1842, only to be completed some 30 years later. Given both its age and architectural virtues, the palace was declared a national monument and listed as a World Heritage Site by UNESCO. Thus, the palace is the expression of a mix of architectural styles, with prominent neoclassical elements which prevail across other influences.

The palace has room after room of amazing carvings and antiques, inlaid wood floors and amazing chandeliers.

Here are some views of the beautiful interior. 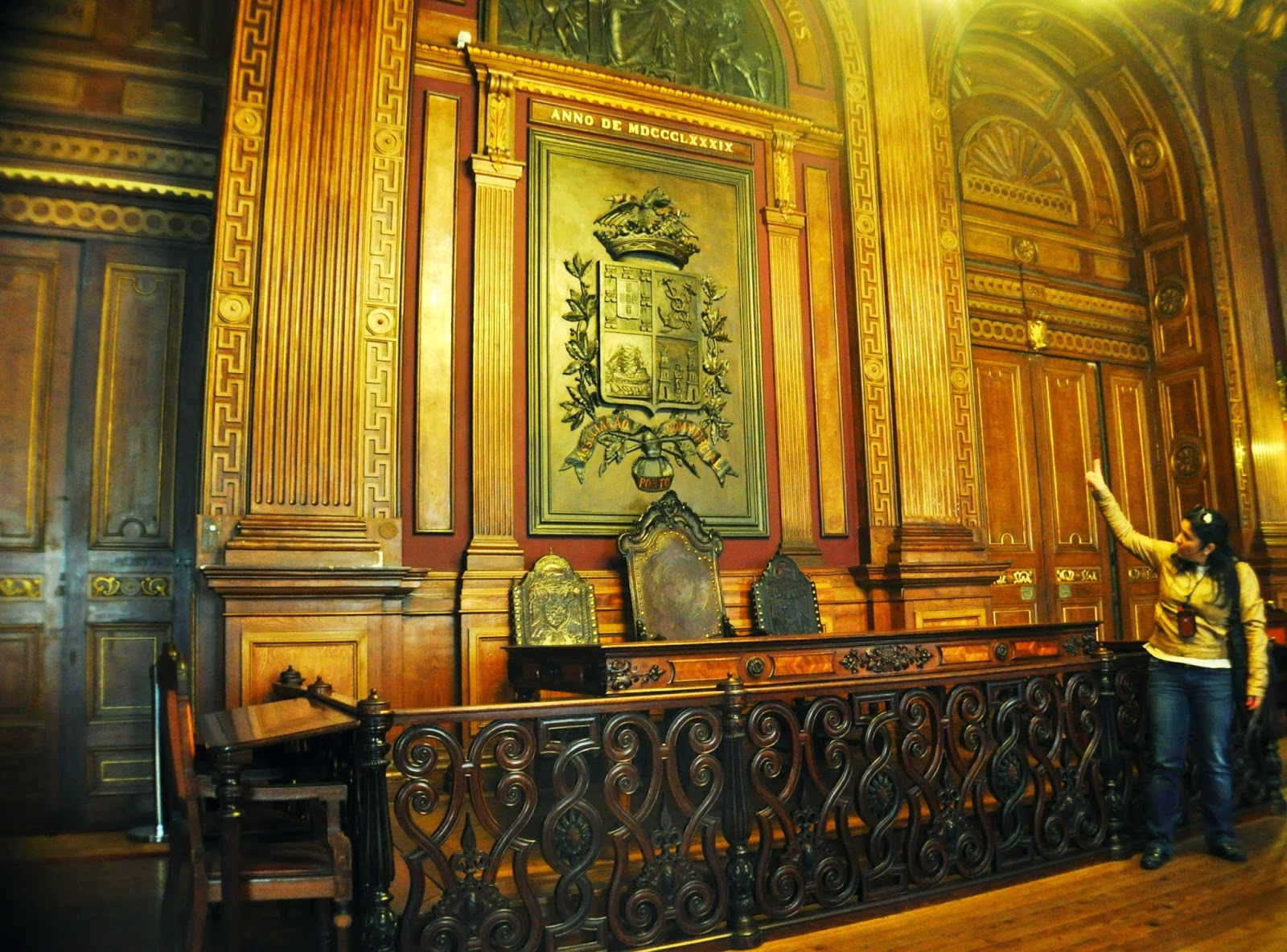 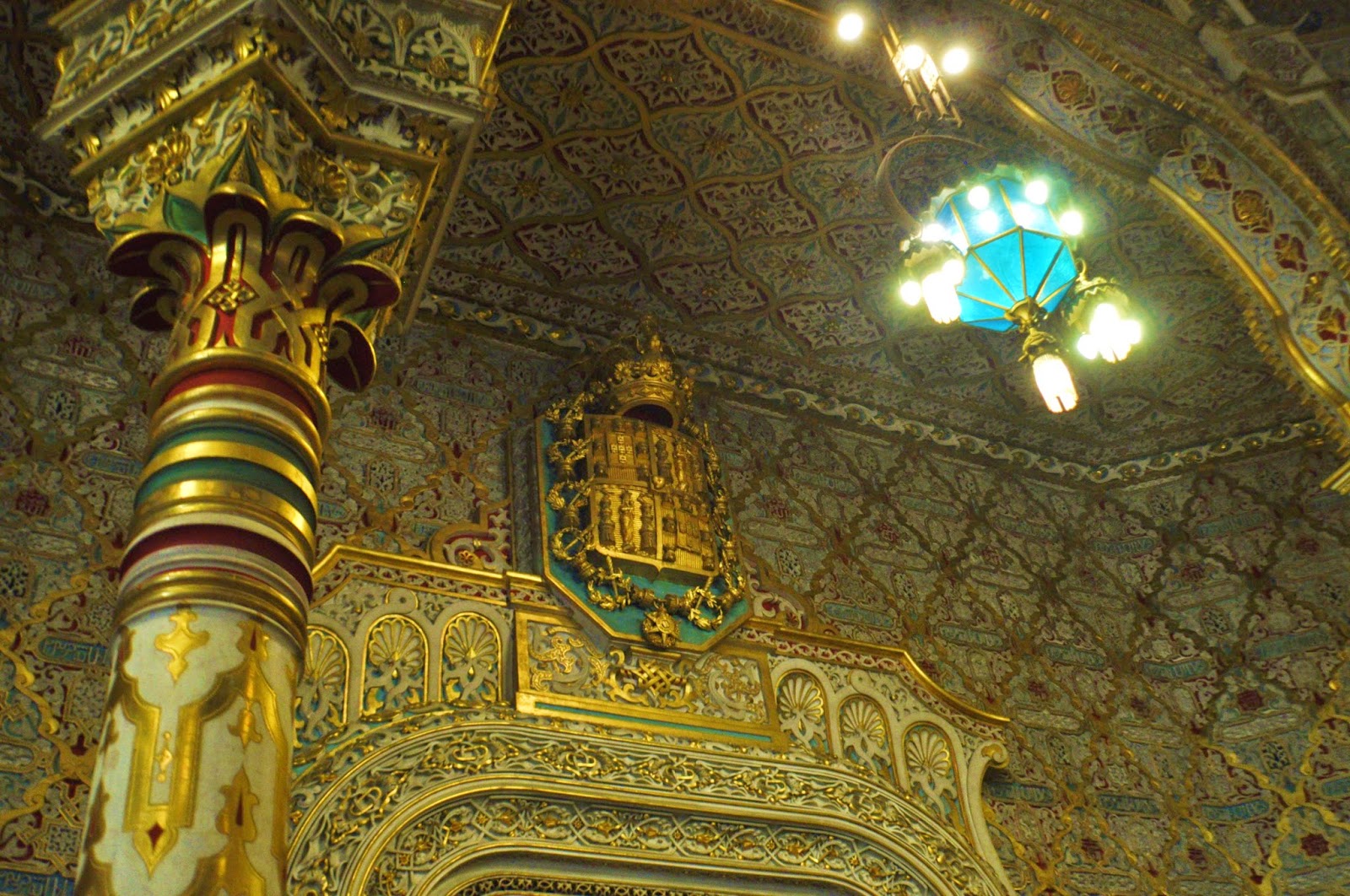 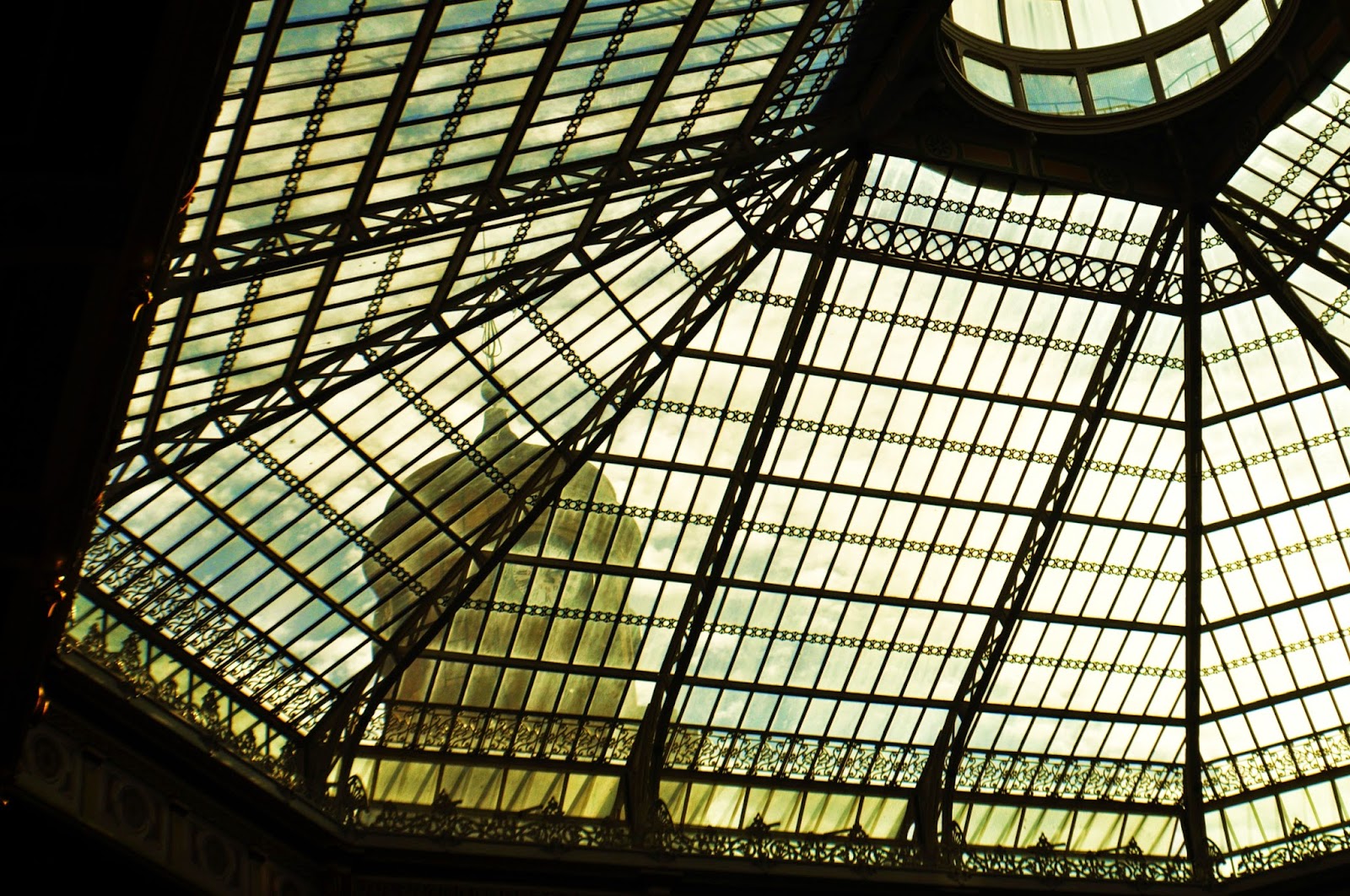 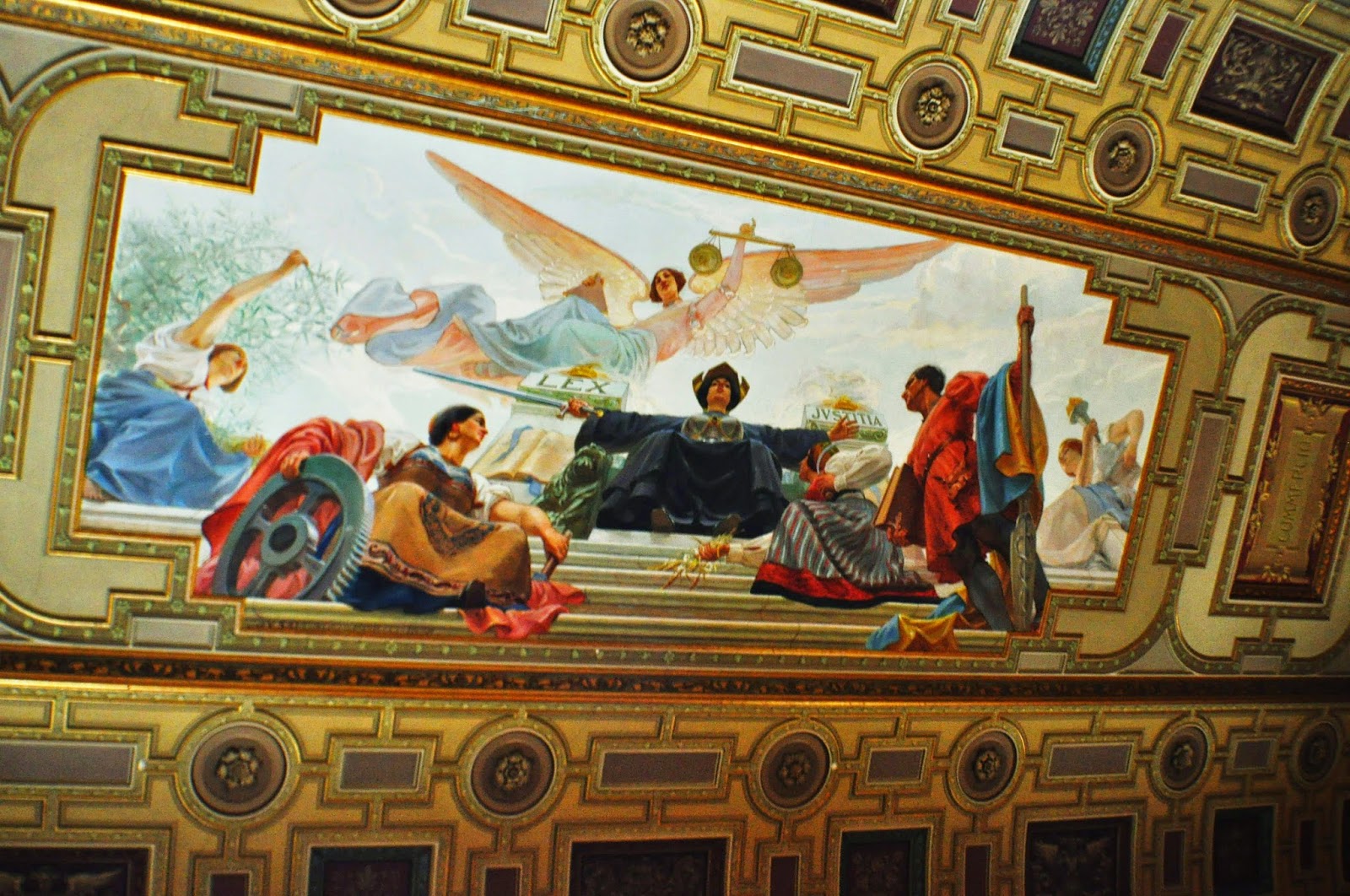 We had some free time after the visit to explore on our own and it was great to be able to go and do what we wanted for over an hour. I went into a Pharmacy in order to get some cough medicine and surprisingly the pharmacist understood what I needed from gestures and coughing noises...lol.

Once the coughing crisis was under control I wandered through the old square which is a photographer's dream, one great shot after the other. 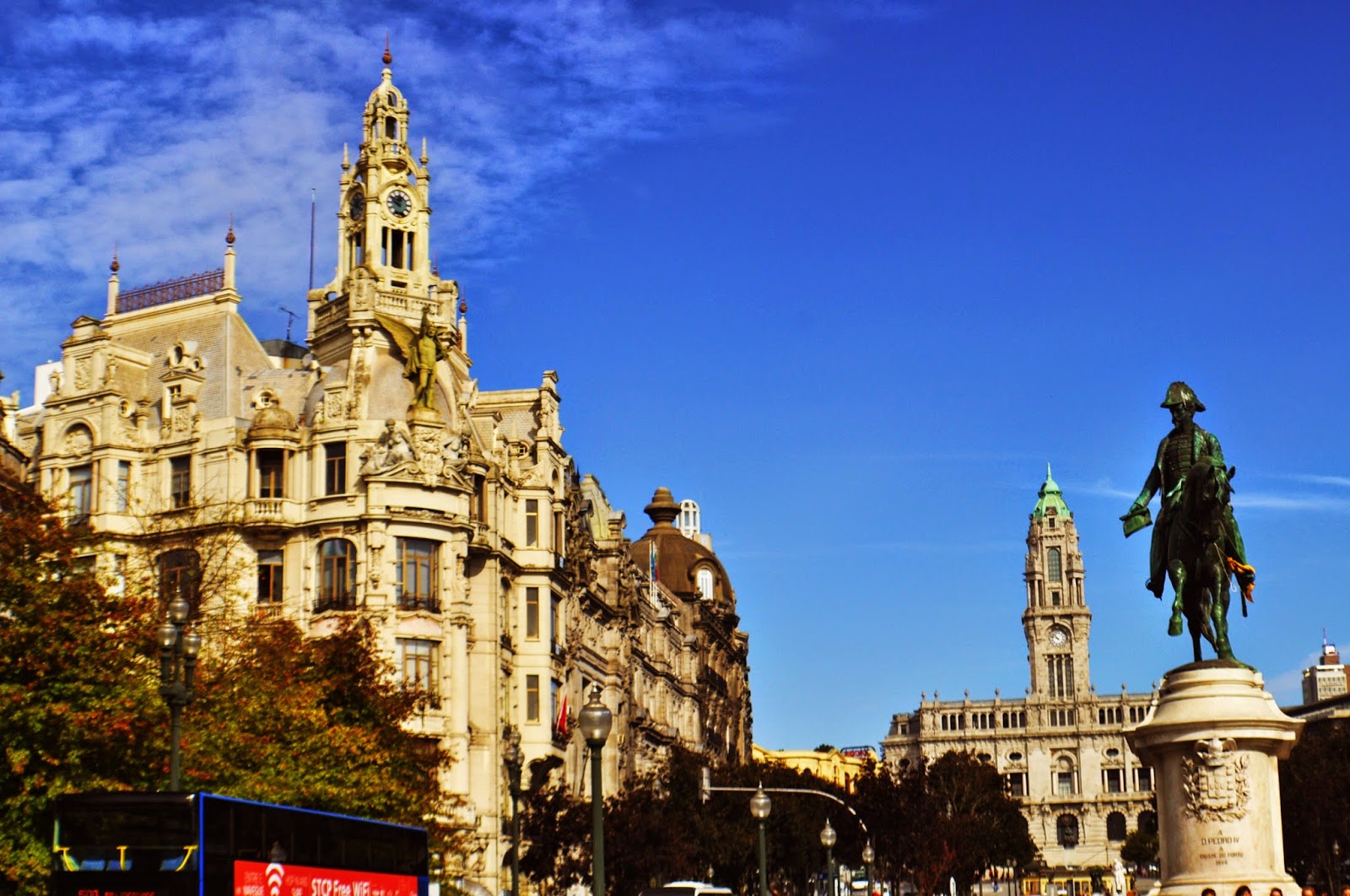 I stopped at a sidewalk cafe and had a  marvelous Cappucino while I watched the natives and tourists go bustling on their way.

Finally it was time to head back to the ship and once at the pier I decided to experience the aerial tram near the dock. It was only a 10 minute return ride to the top of the bridge and back so off I went. 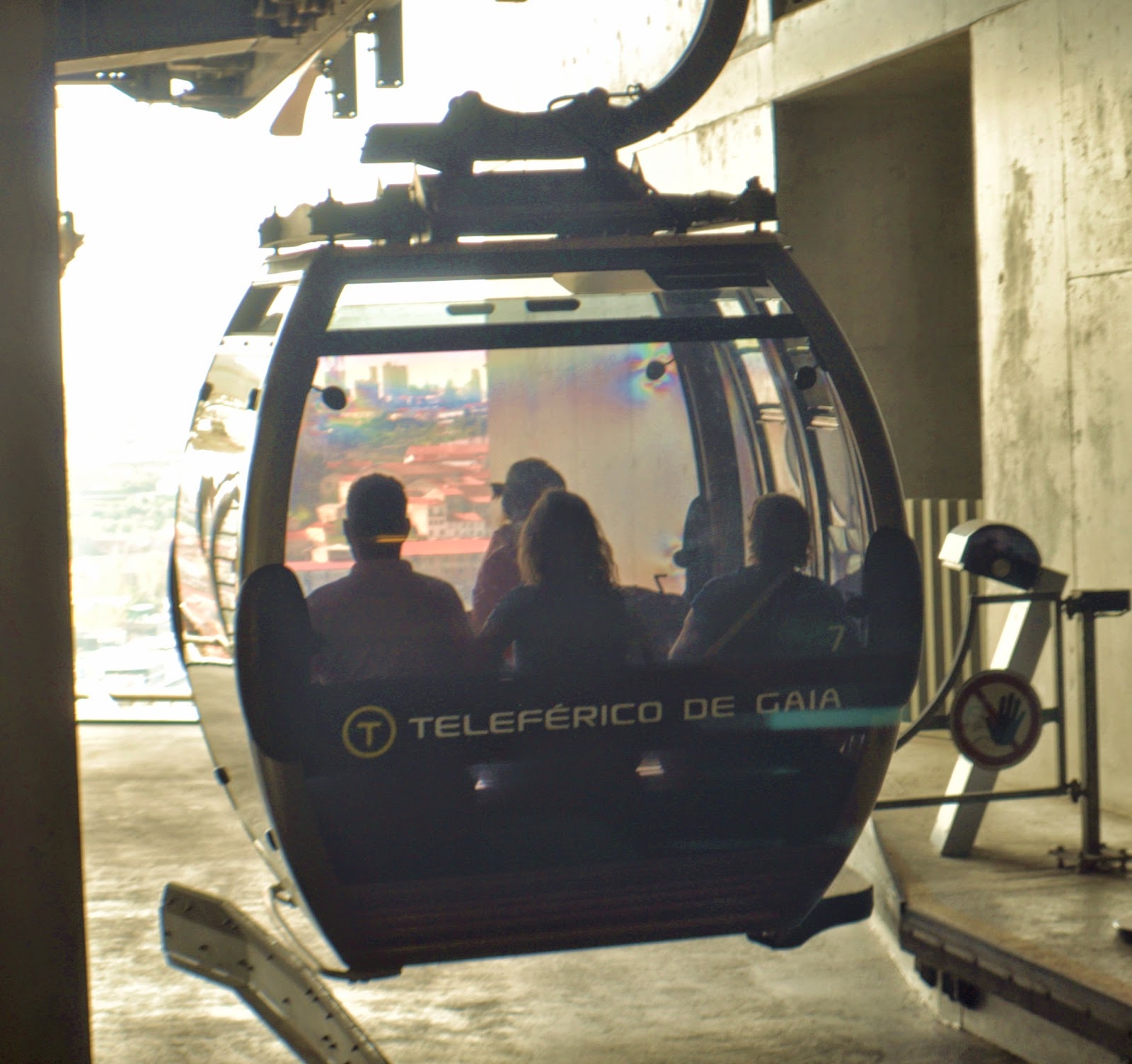 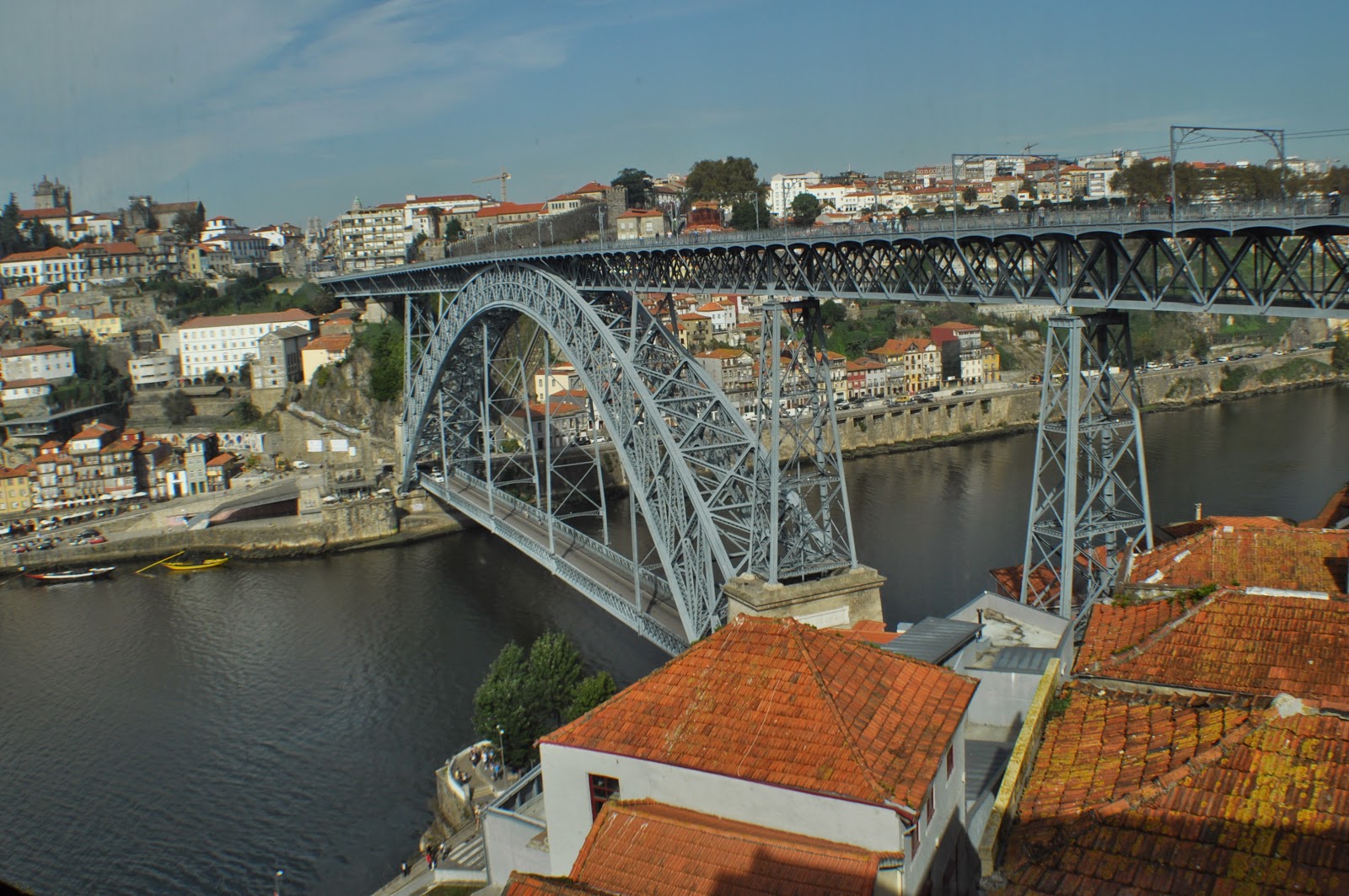 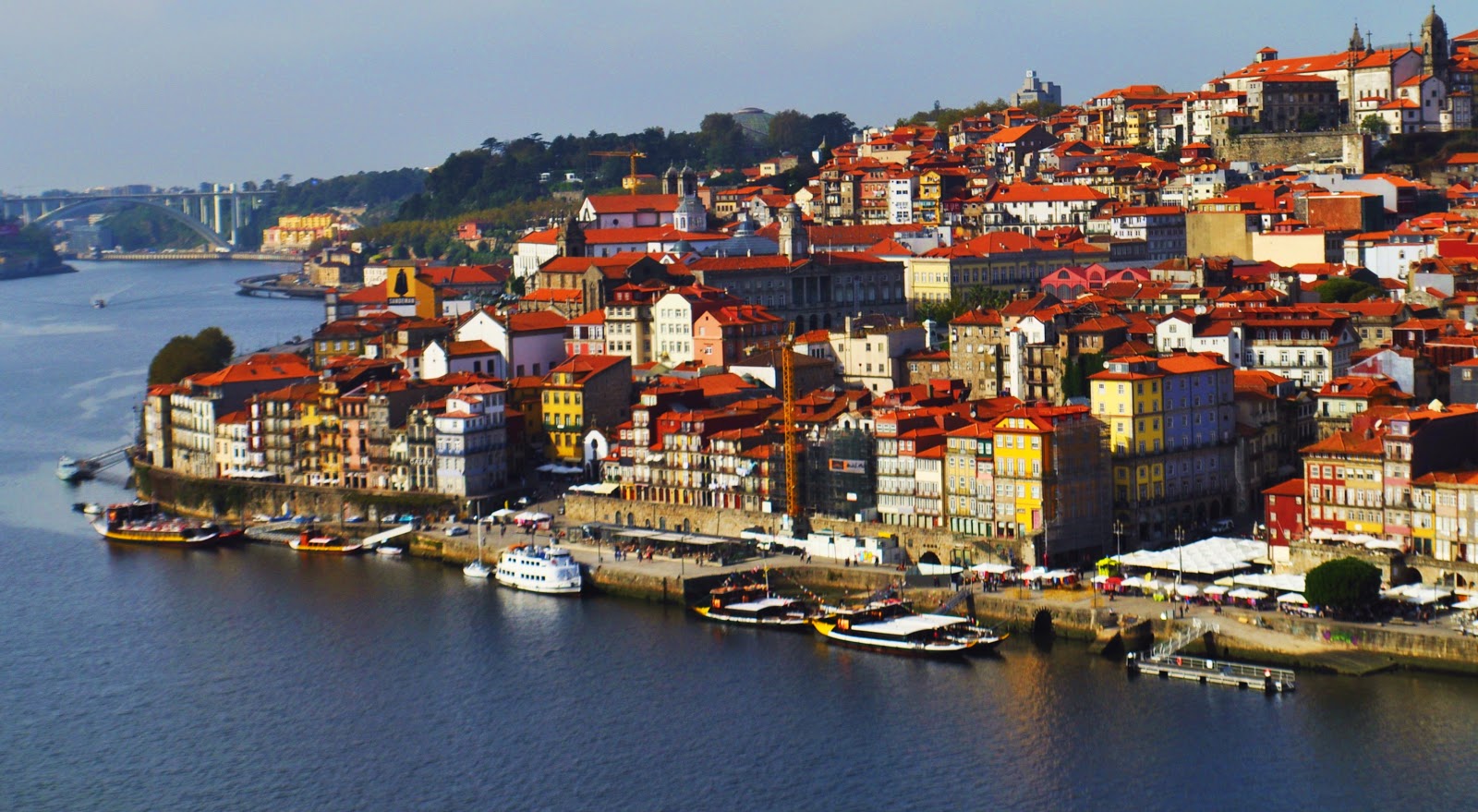 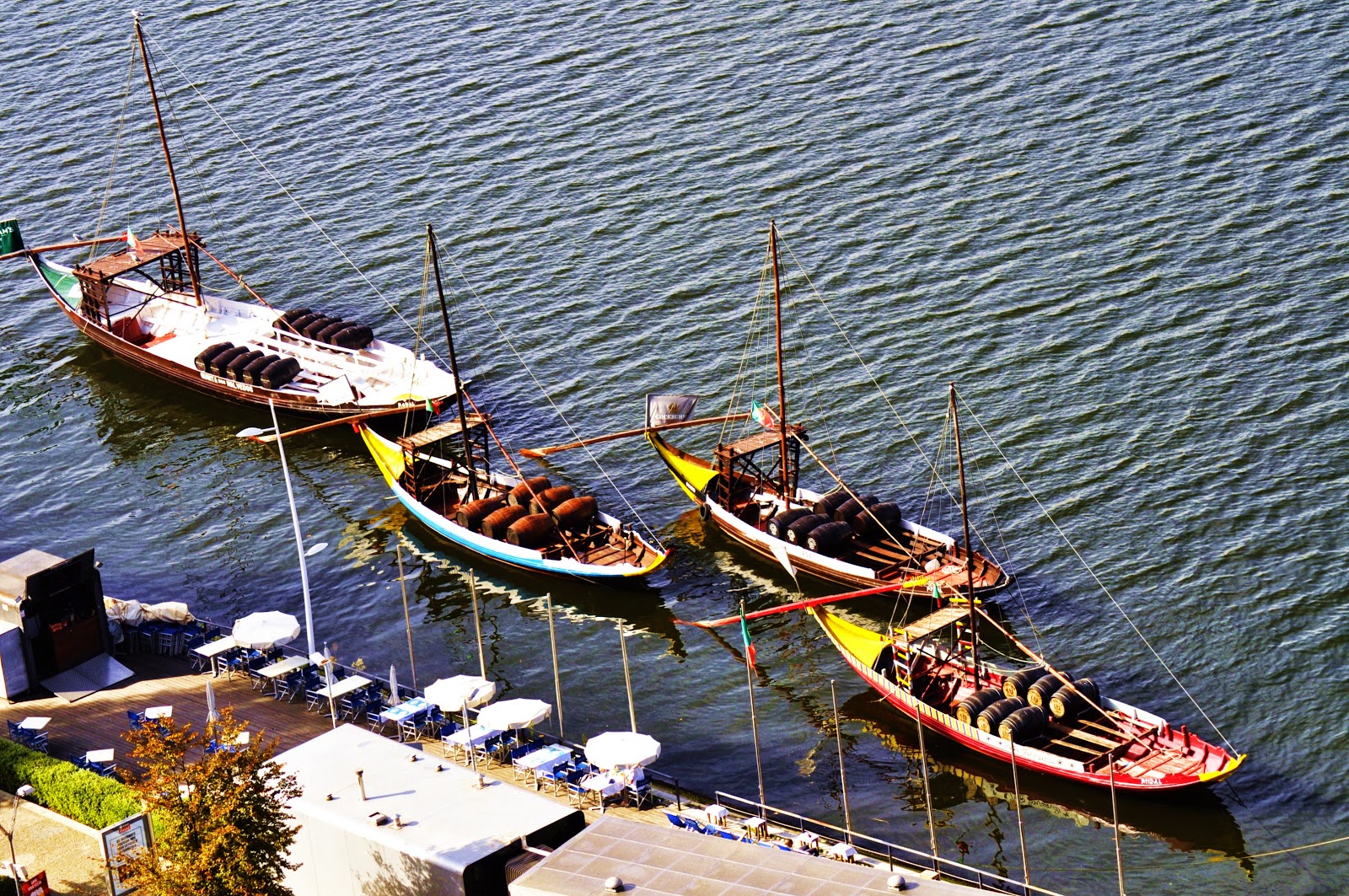 The view was incredible from the top of the bridge. After some time to take pictures I went back down to the pier and the comfort of my cabin....time to take a short snooze before dinner.