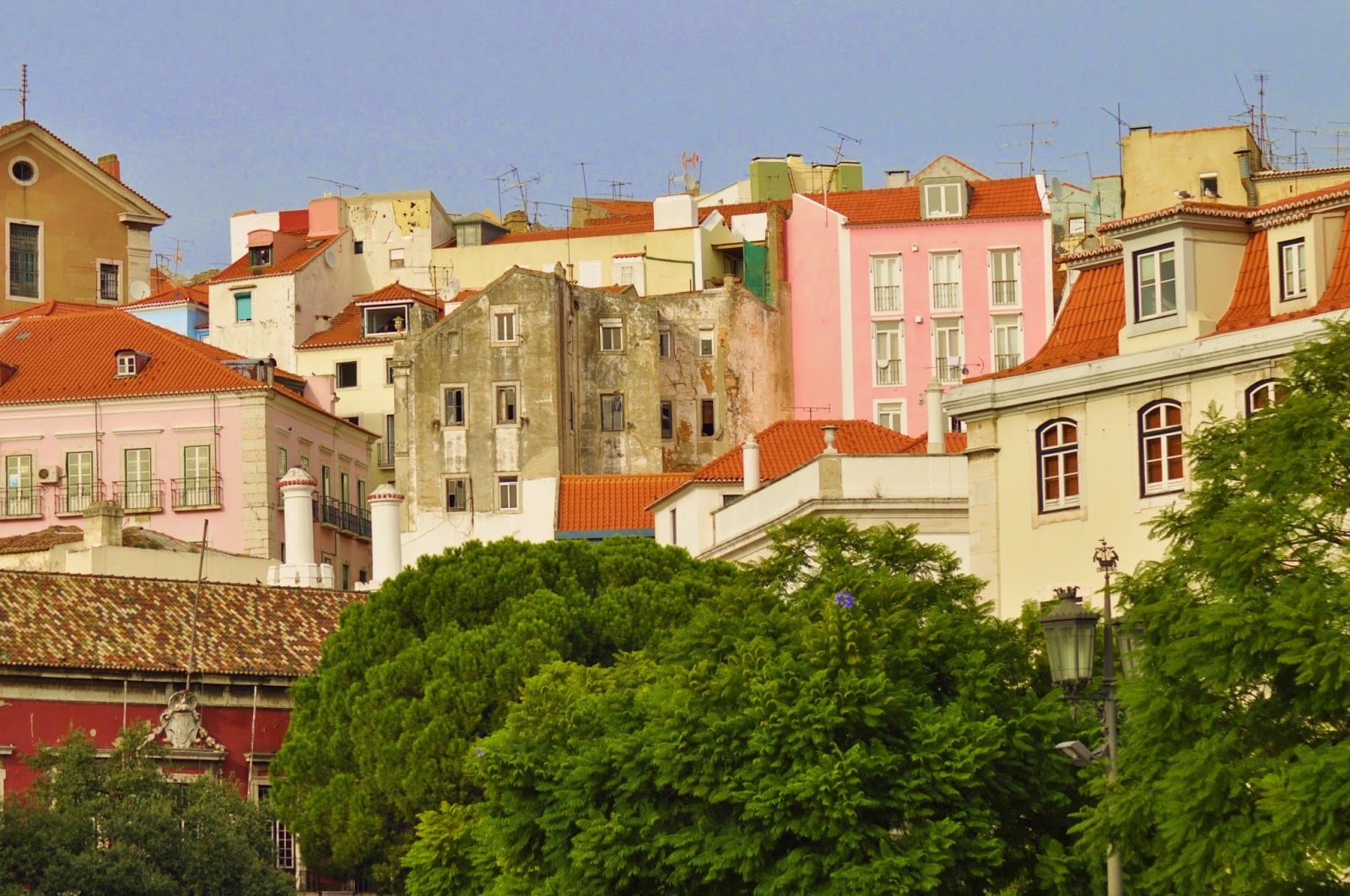 I am finally in Lisbon! The weather here is perfect, a beautiful sunny day with 70 degree weather. I had a private transfer arranged to take me to the hotel and this is the only way to go, the driver waits for you in the arrival lounge with a card with your name on it and then after he loads your bags in your private car you are off with no hassle to the hotel. 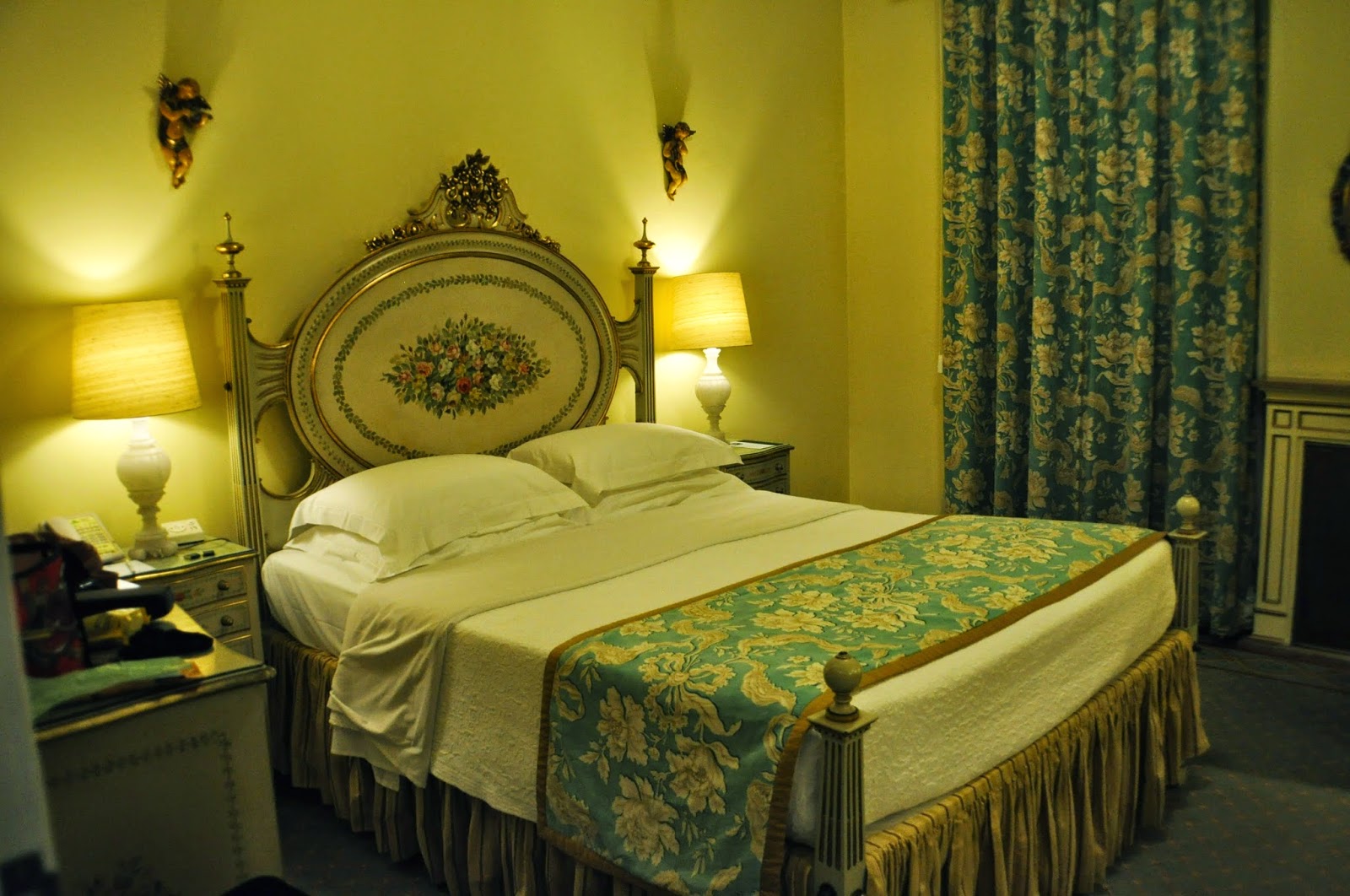 The ride to the city center was about 20 minutes which was perfect to get my bearings and local information from Emanuel who was both charming and informative. I am staying at the Avenida Palace hotel which is an historical building filled with old world charm which is my preference while in Europe. You are greeted with marble floors, antiques and crystal chandeliers and the room is just my type with antique furniture, high ceilings and chintz. The bathroom has a beautiful deep bathtub (a travel must for me) and in keeping with a luxury hotel there are thick fluffy towels and European toiletries.

Once I was settled into my room I was more than anxious to get into cooler clothing and take off to explore this exciting new city and it wasn't long before I was off!

Lisbon is Europe's second-oldest capital (after Athens), once home to the world's greatest explorers like Vasco da Gama, Magellan and Prince Henry the Navigator, becoming the first true world city, the capital of an empire spreading over all continents, from South America (Brazil) to Asia (Macao, China; Goa, India). The former launch pad for many of the world's greatest voyages is now where modern travelers discover one of Europe's most soulful, captivating and picturesque capitals, built on a series of hills with scenic vistas from every angle. 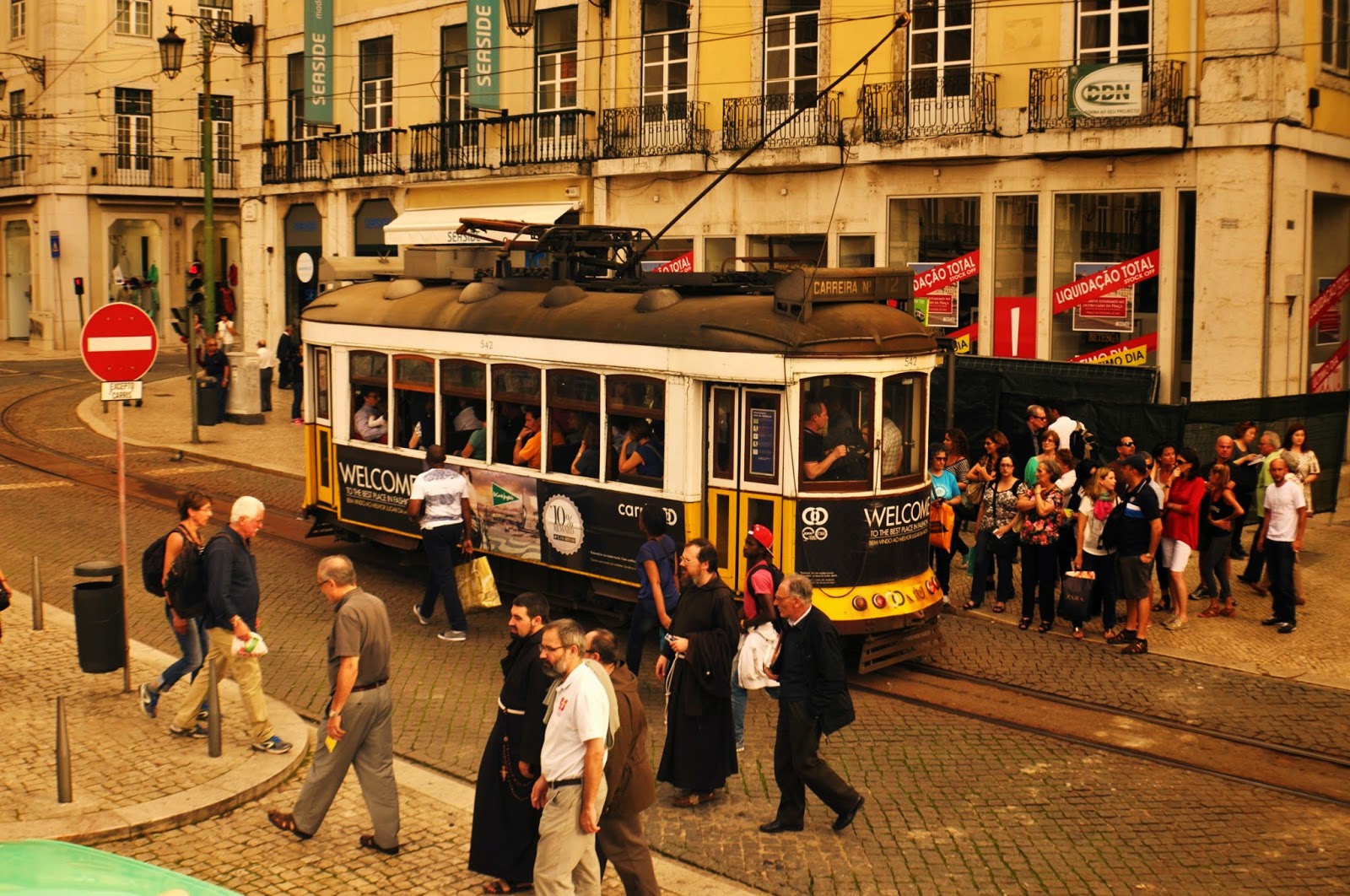 It's the only European capital with sunsets on the sea, so close to sandy beaches and with one of the world's largest state-of-the-art aquariums.

It has one of the world's greatest natural harbors which attracted different civilizations, now reflected in its architecture and culture recalling Phoenicians, Celts, Romans, Visigoths and Moors.

Lisbon is a charming visual time-warp with vintage trams and medieval village-like neighborhoods. It's a lively but serene and melancholic place with an insatiable appetite for long dinners, coffee breaks and nightlife. 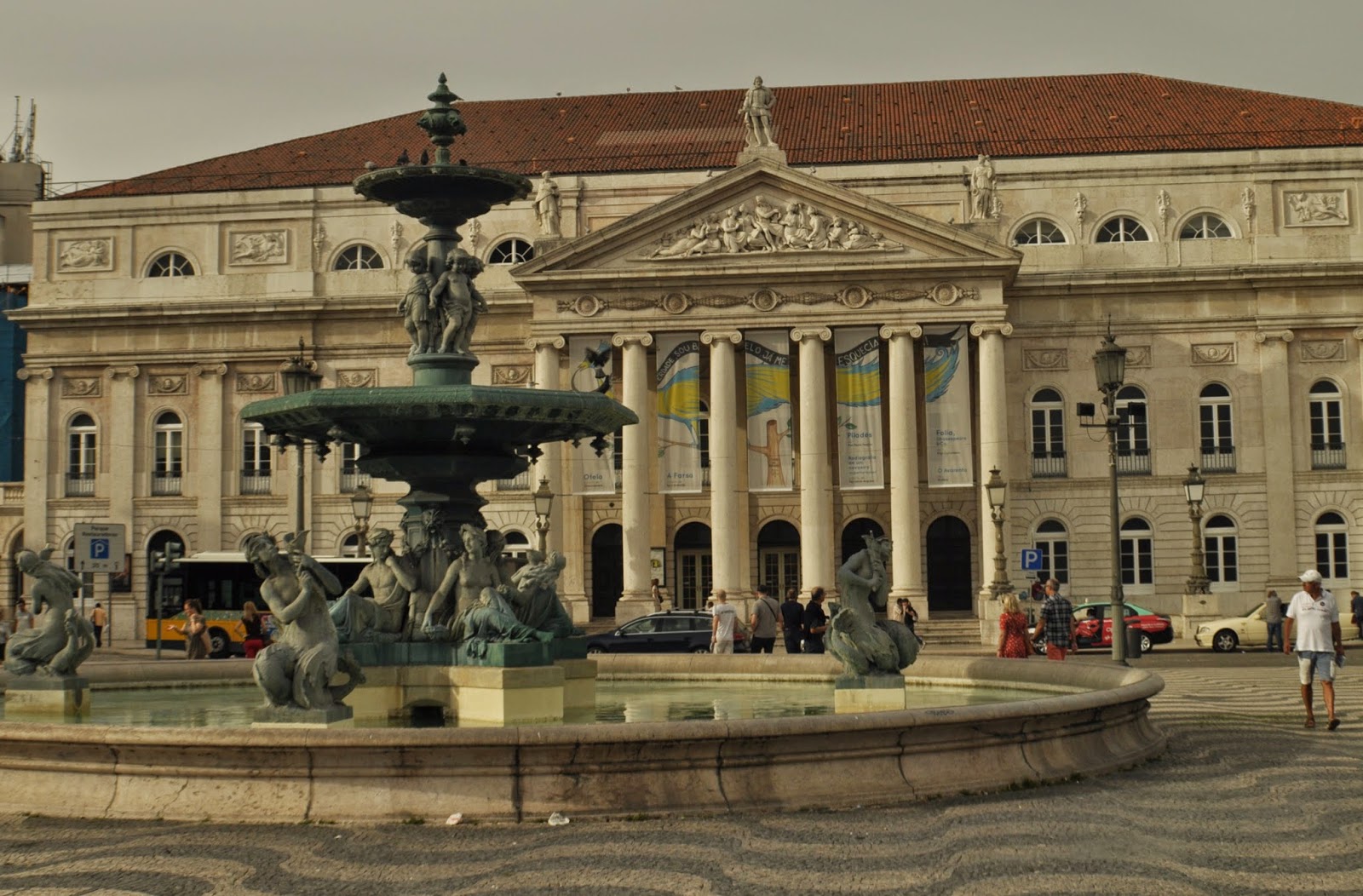 You can see World Heritage monuments and singular museum treasures, from international design and contemporary art, to treasures from when the East met West, to the ancient art of tile painting and gilding.

It is the safe haven of WWII that remains a peaceful city in a tumultuous world.

I used the first portion of my Hop-On Hop-Off pass to take a two hour tour of the city. It was so neat to get on a double decker bus with a great upper open deck. It was heaven to sit back and feel the warm air on my face as I watched the city sail by before my eyes. I watched as children were getting out of school and others rush onwards in the traffic. There is no end to the visual diversity of this city. One moment you can see a modern apartment building and the next you are staring at fortifications which are hundreds of years old. 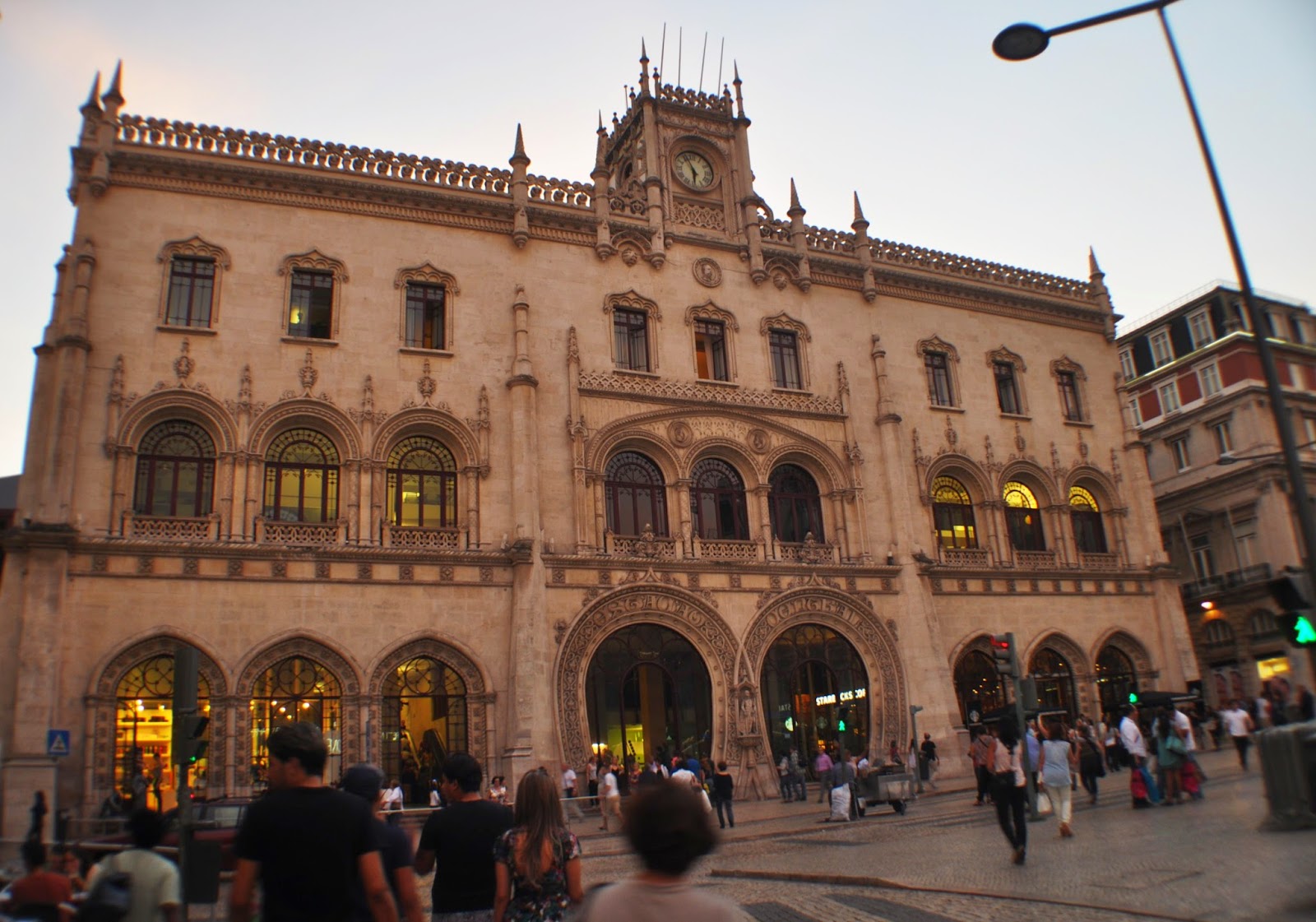 The sights & sounds of the city are intoxicating filled with interesting contrasts. Not too many other cities have such an intriguing mix of the old and the new, making this a city for unhurried exploration and a place to get lost in, discovering its many distinctive sights and characteristic images.

There are two unique architectural styles, the elaborate 16th century Manueline of the Belem district, named after King Manuel I, and the uniform but elegant 18th century Pombaline of downtown, named after Marquês de Pombal who oversaw the area's rebuilding after the Great Earthquake of 1755.

There are fine art nouveau shops and cafes that have almost disappeared elsewhere. Just as distinctive are its striking centuries-old tiled façades in the old quarters, and the turn-of-the-century trams and colorful funiculars that have been retired throughout Europe but that remain a common sight in this city, as there is no easier or more charming way to climb its hills. 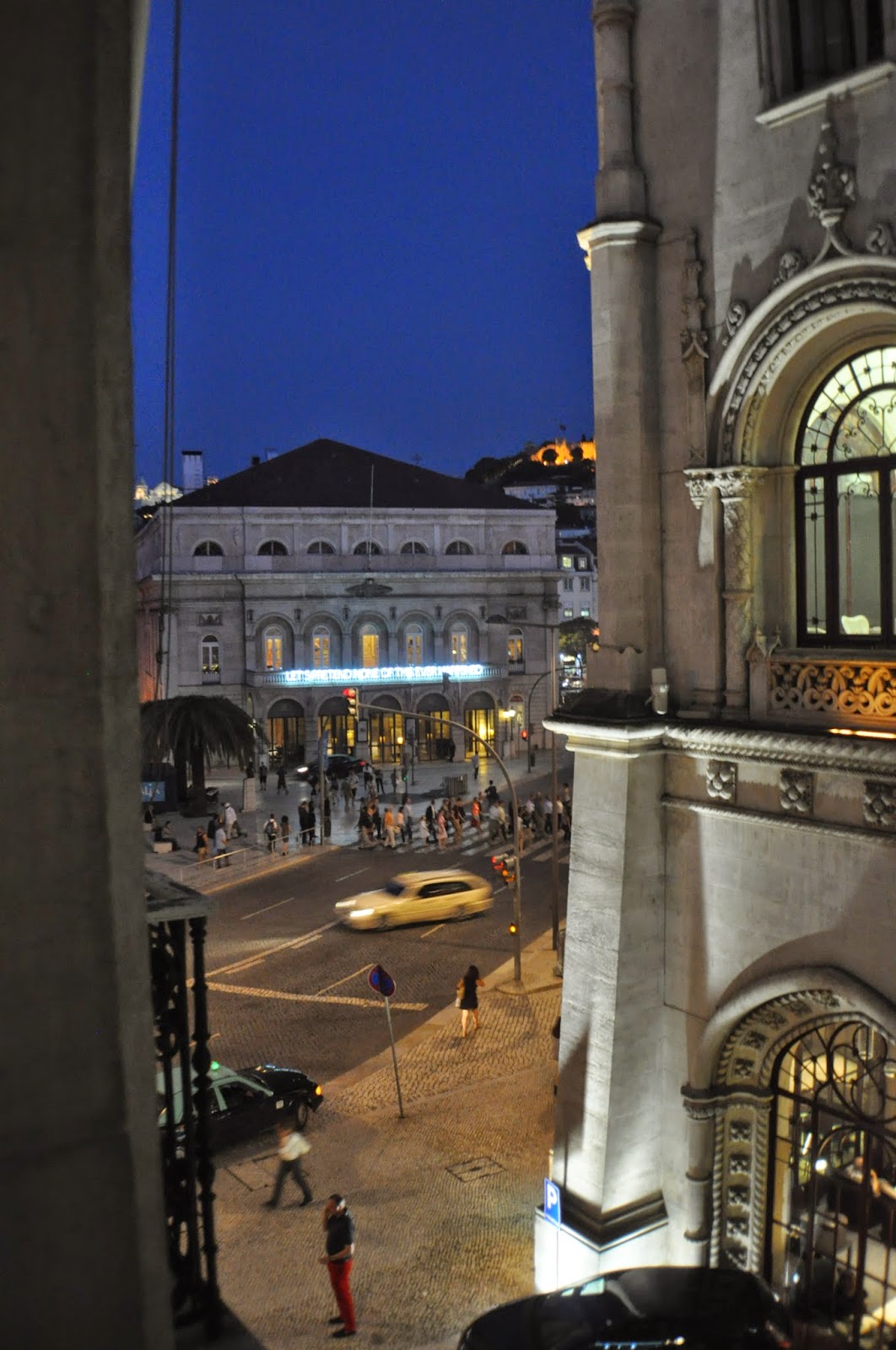 Once back at the main square I could feel the jet lag starting to take over and by now it was close to 7pm so I felt I should wander back to my hotel and rest up for tomorrow. I wandered slowly back to the Avenida Palace and chatted with a nice lady who had two cute dogs, one a small cute mixed breed which looked like a furry baby Chihuahua and an older Cocker Spanial. People are friendly and after our chat I was back home.
I realized I had no strength left to go out to dinner so room service was quite appealing to me and so it was a good old club sandwich for me tonight. Low and behold I had no idea how great this standard classic sandwich would be prepared in Lisbon! It had 4 large layers which included an egg layer, ham & cheese layer, turkey layer, bacon and two other tomato and lettuce layers! Man that thing was huge! There are twenty foot high ceilings in my room and it was a nice surprise to see that the antique doors open up to a small Juliet balcony with a nice view of the square.

It was off to bed finally to rest up for another exciting day tomorrow!