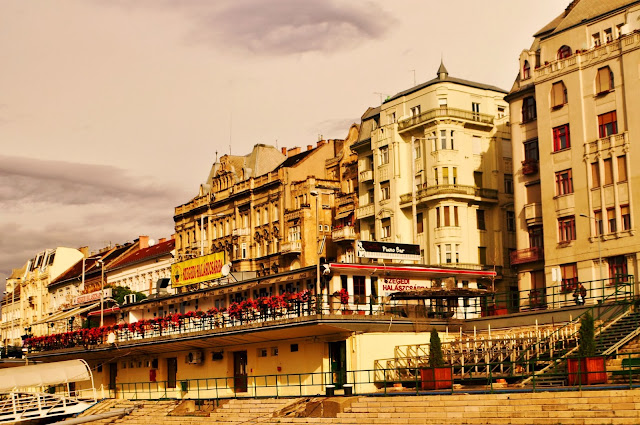 Today we were docked again in Budapest for another day of exploring. Since I have been to Budapest before I decided to forgo the morning tour and sleep in and plan an excursion for the afternoon.

Since most mornings have early scheduling, it felt good to have breakfast at 9:30am instead of 8am. It was nice to have a leisurely morning. I relaxed until noon and then I had a great lunch onboard before leaving for my afternoon tour to the town of Szentendre. Szentendre is a riverside town in Pest county, Hungary, near the capital city Budapest. It is known for its museums, galleries, and artists. 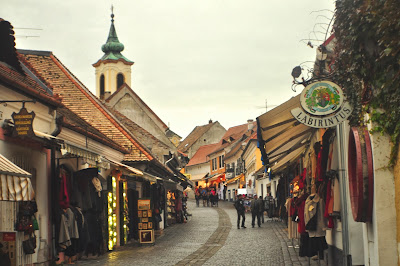 In the 18th century, after liberation from the Ottomans, the Crown recruited farmers and artisans from Germany and southern Slavs to repopulate areas that had been occupied by the Ottomans. Szentendre enjoyed a rebirth, with new settlers including Serbian, Croatian, Slovak, and Greeks, who settled alongside the Magyar residents. 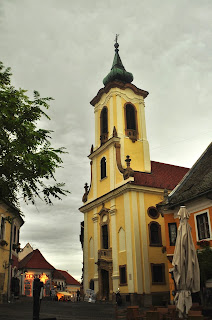 According to the 1720 data, 88% of the population of the town were South Slavs (mostly Serbs, but also some South Slavic Catholics). The town to this day is characterized by southern European elements, including baroque architecture, churches of various faiths, narrow side streets, and cobblestone roads. This charming little town, whose name means "Saint Andrew", is known for its well-preserved houses and churches, many built in a Balkan style as the area was originally settled by Serb refugees. Today the town's best-known inhabitants are artists and small galleries can be found on every street corner.

Szentendre has been the home of many generations of Hungarian artists since the early 20th century. The streets are lined with shops brimming with incredible hand made products. You can find beautiful glassware, leather goods, the famous Hungarian paprika, souvenirs of all kinds in addition to some great food stuffs including spices and quaint holiday craft shops. 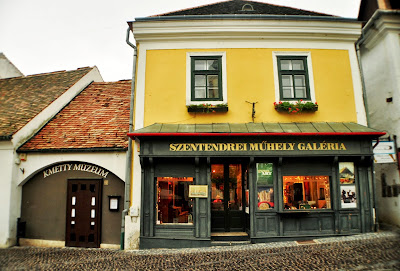 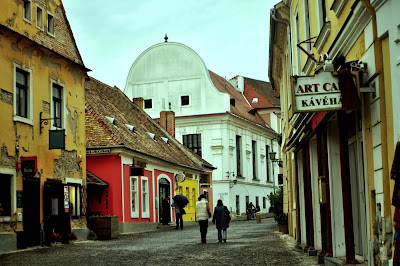 After a few hours in this little gem of a town I returned to the ship which was 60 minutes away. I had arranged a private car transfer from the ship which cost less than a tour and I was happy to be the only passenger in the car.

I returned to the ship around 4pm and we set sail at 5:45pm for Vienna. Sailing in and out of Budapest is always a highlight of these cruises since the ship sails past the Parliament Buildings which are an awesome site. I took a bunch of pictures at sunset as we sailed away. 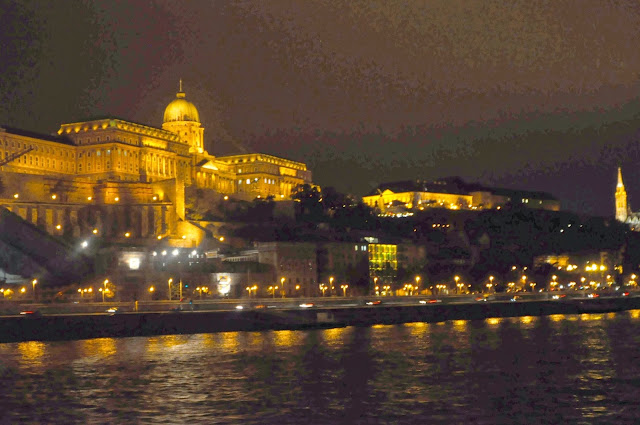 Tonight was the gala Captain's Welcome Aboard dinner and I get dressed up in chiffon and pearls, was a great evening.

After dinner I joined some traveling companions in the lounge to listen to some music for a short time and then returned to my cabin to make it an early night. I always like to return to the cabin not too late so that I can check my photos for the day, work on my blog and of course savor my nightly hot chocolate!