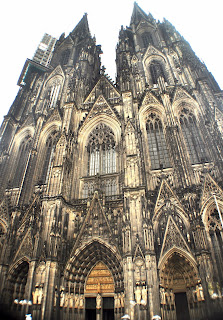 This morning we awoke in Cologne, Germany. This was the first morning of my trip that there was a good chance of rain since it was very cloudy. I have never been one to let the weather get the best of me so off I went on our designated tour.

Cologne is Germany's fourth-largest city (after Berlin, Hamburg, and Munich), and is the largest city both in the German Federal State of North Rhine-Westphalia and within the Rhine-Ruhr Metropolitan Area, one of the major European metropolitan areas with more than ten million inhabitants.


Cologne is located on both sides of the Rhine River. The city's famous Cologne Cathedral (Kölner Dom) is the seat of the Catholic Archbishop of Cologne. The University of Cologne is one of Europe's oldest and largest universities.


Cologne was founded and established in the first century AD, as the Roman Colonia Claudia Ara Agrippinensium in Ubii territory. It was the capital of the Roman province of Germania Inferior and the headquarters of the military in the region until occupied by the Franks in 462. During the Middle Ages it flourished as one of the most important major trade routes between east and west in Europe. 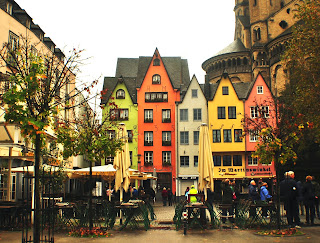 Up until World War II the city had undergone several other occupations by the French and also the British. Cologne was one of the most heavily bombed cities in Germany during World War II. The bombing reduced the population by 95% and destroyed almost the entire city. With the intention of restoring as many historic buildings as possible, the rebuilding has resulted in a very mixed and unique cityscape.

We toured the town and visited the cathedral which is the center point of the city. This is also where the first "Cologne" fragrance was started. The signature name is 4711 Eau de Cologne. What makes 4711 Original Eau de Cologne so special is the careful selection of high-quality ingredients and essential oils. The exact composition is still a closely guarded secret. The conscious emphasising of the light and vitalising top note of 4711 Original Eau de Cologne gives it its characteristic and pleasant fragrance. 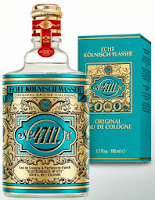 Unmistakable and incredibly practical – the 4711 Original Eau de Cologne bottle design has remained virtually unchanged for nearly 200 years. And with good reason: in 1820, the distiller Peter Heinrich Molanus invented a new bottle which has borne his name since that day – the Molanus bottle.

Of course I had to buy a small bottle since this used to be my late sister-in-law's favorite perfume. Besides the memories it brings, it is a wonderful light scent.

We had some free time in the Old town and I wandered it's charming streets for awhile and even though the weather was bleak, it was still warm and there was no rain which is always a blessing when strolling with a camera.

Once my little shopping was done I walked along the riverfront and watched some pigeons snacking in the park, they are oblivious to tourists walking by and act like we weren't even there. Several ships were docked along the waterfront and after taking some more shots even though the sky was quite gray, I returned to the ship for a hot lunch. 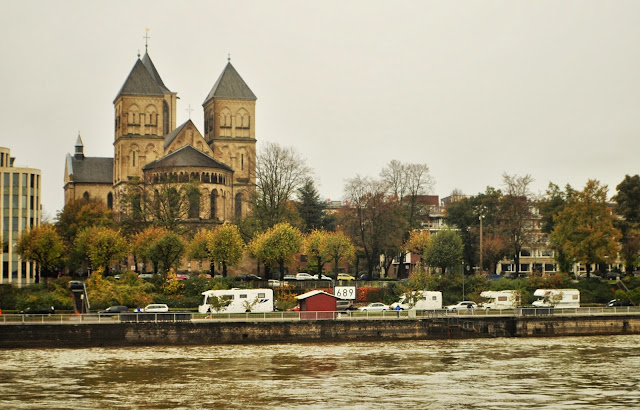 This evening was a gala farewell dinner since it was our last night on the ship. We feasted on foie gras, onion soup, lobster, shrimp and filet mignon......

After this great meal it was time to pack since it was an early departure for my next destination, Budapest!