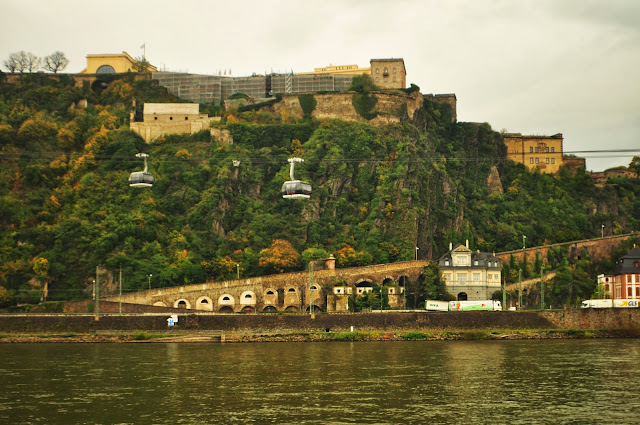 This morning we arrived in the 2000 year old town of Koblenz, Germany. It's situated in the picturesque landscape of the Rhine and Moselle and surrounded by four low mountain ranges. Its abundance of cultural monuments and historic buildings, its cosy lanes and narrow alleyways, the relaxed and happy atmosphere of its squares and river promenades make Koblenz a friendly town where its guests feel right at home. 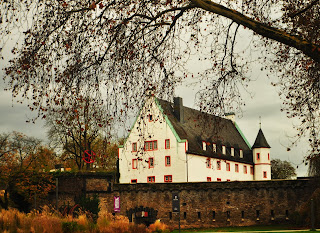 The town owes its name to the Romans who named the ‘castle’ they constructed here around 9 B.C. “castellum apud confluentes.” This means "castle at the confluence of the rivers”. Visitors on the trail of Koblenz’ past, find themselves caught up in the history of a town which over the centuries was captured by the Franks, chosen as a place of residence by German prince electors, conquered by the French and fortified by the Prussians. A truly European place. 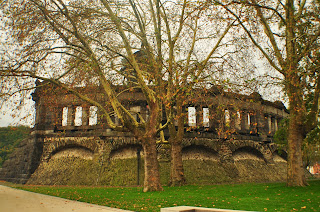 Fortess walls and towers, castles and palaces, monuments and parks paint a vivid picture of the town’s eventful past. Koblenz was conquered by foreign armies and has received princes, kings, emperors and presidents within its walls.

Today visitors from all over the world enjoy discovering the history and rich cultural heritage of this old town. 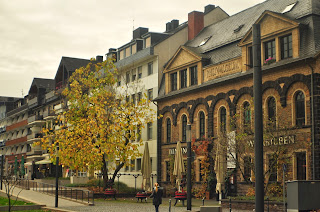 We strolled through the town’s historic centre with its narrow lanes and romantic squares and stopped for some shopping. Nowhere in Old Koblenz is far from the banks of the Rhine or the Moselle. Here you can stroll leisurely along the rivers watching barges and boats passing by.

Tasting the wines and savouring the specialties of this region is a unique experience, highly appreciated already by Thomas Jefferson and Queen Victoria in the 18th and 19th centuries. They offer a for example, a regional dish called “Deppekooche” (a potato casserole made of grated potatoes, bacon and onions) together with a young or dry "Riesling" – simply irresistible. There are also many beer gardens serving dozens of kinds of beer. 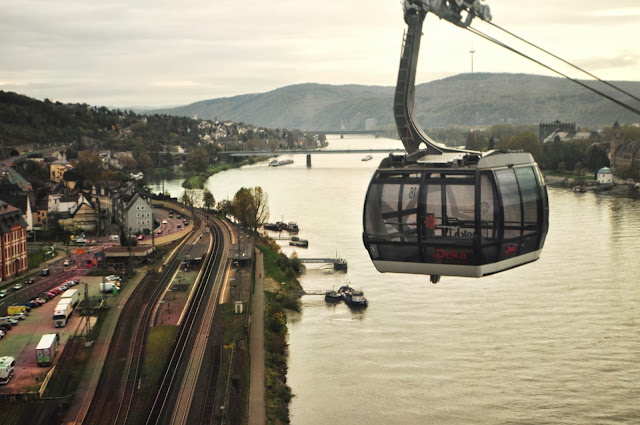 The highlight of the day was a cable car ride to Ehrenbreitstein Fortress. This fortress, Europe’s second largest preserved fortress, was constructed between 1817 and 1828 in its present-day design; however, its origin dates back to the first century AD. The recent archaeological findings prove an ancient settlement in this area from pre-Christian times. 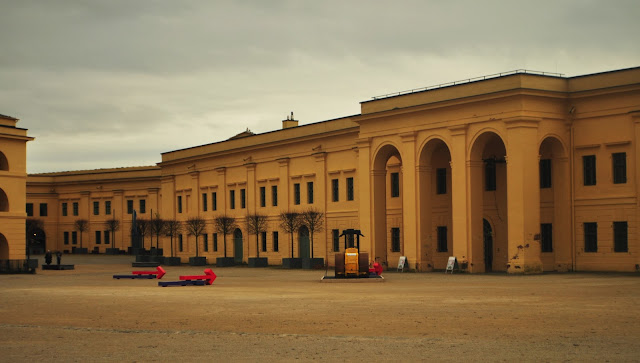 The Conradiner Ehrenbert ordered to built a castle in around 1000 AD. The name of the fortress changed from “Ehrenbertstein” to “Ehrenbreitstein” during the course of time. In the 11th century, the castle came into the possession of the archbishops of Trier, who fortified it and made a series of additions and extensions.In the 12th century, the hilltop of the castle was enriched by the castle "Helfenstein" that later became the residence of the Earls. 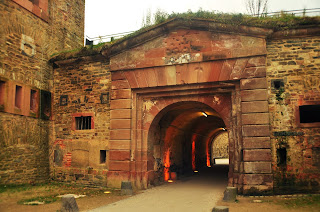 By the order of the Archbishop, Richard from Greiffenclau, in the 15th century, the major expansion of the fortress was conducted in order to protect the buildings against artillery attacks. During the Thirty Years' War, the ownership of the Ehrenbreitstein Castle changed constantly. In 1797, the French troops besieged the fortress, but were forced to give up in 1799, due to starvation; in 1801, the French finally managed to destroy it.
In the year 1815, after the Vienna Congress declared that the Electorate of 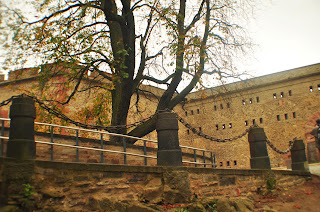 Trier should be handed over to be ruled under the Kingdom of Prussia, King Friedrich Wilhelm III commanded the expansion of Koblenz to a fortified town and the largest fortifications in Europe were built. After the First World War, Ehrenbreitstein was intended to be demolished according to the terms of the Treaty of Versailles but luckily the Allied Military Control Commission in Berlin prevented them from doing this in 1922 after they had convinced the US American General Allen that the fortress no longer had any relevance in war times. American troops then occupied Ehrenbreitstein followed by French soldiers in the years between 1923 and 1929. Today it serves as a museum.

From the Ehrenbreitstein Fortress, which rises 118 meters above the Rhine river, opens a fantastic view over Koblenz and the confluence of the Rhine and Moselle at "Deutsches Eck" , commonly called the German Corner. 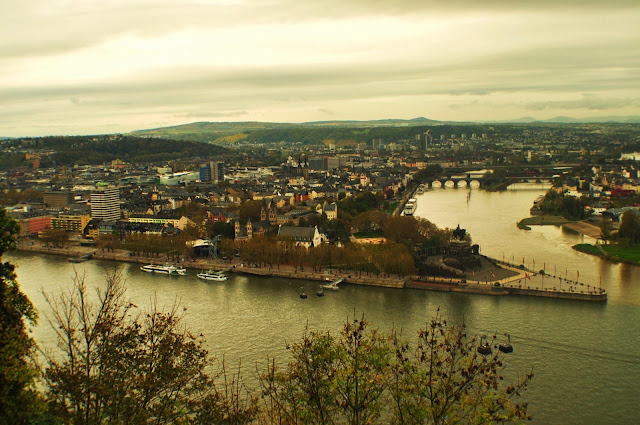 Dinner was excellent with cream of leek soup, filet mignon and French pastries for dessert. It was a long day and falling asleep in my comfy bed complete with feather pillows and a down duvet was a great way to end the night.