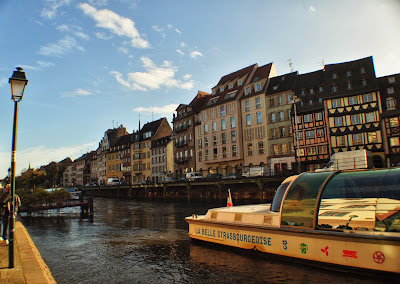 This morning I got very lucky again with the weather, it was in the 60's and sunny. After breakfast we headed out to tour Strasbourg, France.


Strasbourg is the capital and principal city of the Alsace region in eastern France and is the official seat of the European Parliament. Located close to the border with Germany, it is the capital of the Bas-Rhin. The city and the region of Alsace are historically German-speaking, explaining the city's Germanic name. Strasbourg's historic city centre, the Grande Île was classified a World Heritage site by UNESCO in 1988, the first time such an honour was placed on an entire city centre. 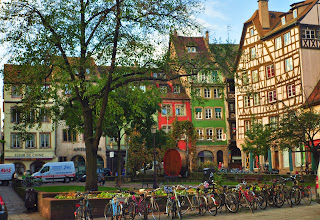 The city is chiefly known for its sandstone Gothic Cathedral with its famous astronomical clock, and for its medieval cityscape of Rhineland black and white timber-framed buildings, particularly in the Petite-France district or Gerberviertel ("tanners' district") and in the streets and squares surrounding the cathedral, where the renowned Maison Kammerzell stands out.

The tour today was by canal cruise around the city and it was a great experience sailing along the narrow canal with small ducks and swans following alongside. It's picturesque "la Petite France" neighborhood looks like something straight out of a fairy tale book, a riverfront neighborhood with timbered buildings accented by colorful flower boxes. 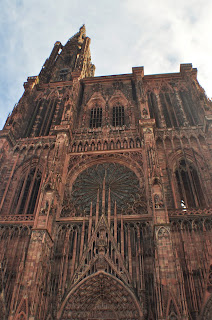 After our canal cruise we visited the famous Notre Dame cathedral. Strasbourg Cathedral de Notre-Dame is known as one of the most beautiful gothic cathedrals in Europe. The Cathedral stands on the exact site of a roman temple built on a little hill above the muddy ground. The first version of the church was starting to be built during 1015 by proposal of Bishop Werner von Habsburg, but fire destroyed most of the original Romanesque building. By the time that cathedral was being renovated (at the end of the 12th century, this time with red stones carried from the nearby mountains of Vosges), the gothic architectural style had reached Alsace and the future cathedral was starting to develop all characteristics of gothic aesthetics. The project of the first cathedral in Alsace was handed to craftsman and stonemasons who had already worked on the also famous gothic cathedral in Chartres. 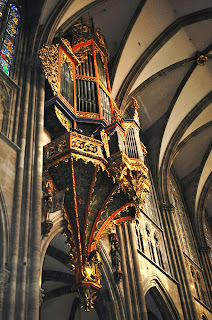 The cathedral has many treasures: stained glass windows dating from the 12th to the 14th century, the St. Pancrace's altar (1522) from Dangolsheim, the 17th-century tapestries forming the Virgin's wall covering purchased in the 18th century, and finally a very popular curiosity, the astronomical clock set up in its own 17th-century case decorated by Tobias Stimmer and using an 19th-century mechanism devised by Schwilgué.

The presence of an organ is attested as early as year 1260. The bomb shelling of 1870 and 1944 caused some damage of the Cathedral, but after a few renovations and the replacements of missing statues, the Cathedral regained its original look.

We returned to the ship for a buffet lunch and afterwards I set off on a long awaited excursion to the famous Black Forest region of Bavaria, Germany. 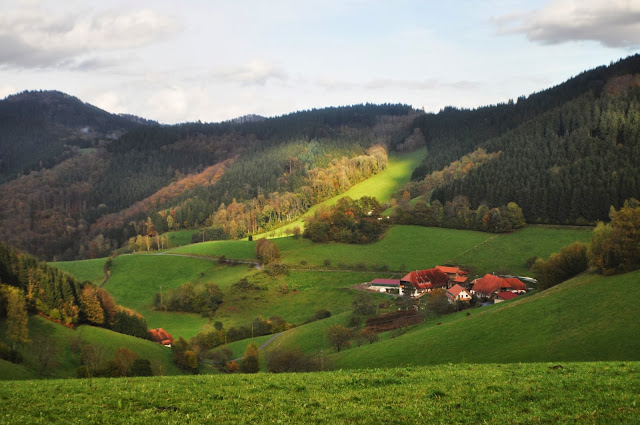 A good 200 kilometres long and 60 kilometres wide, the Black Forest is not only one of the most varied, but also one of the biggest and best known holiday regions in Germany. The Black Forest maids, Black Forest farms, Black Forest gateau, Bollenhut hats, cuckoo clocks - the Black Forest embodies everytThe Romans found it harsh and rather impenetrable and the region took centuries to populate and even then was considered an oddly backward part of Germany. Inevitably the Black Forest first rose to commercial prominence for its timber, and forestry naturally spawned woodwork – giving farmers something to do in the winter – and so the famous cuckoo-clock industry, the associated precision engineering, and the manufacture of musical instruments followed. All these continue to provide jobs, though the regional mainstay is now tourism, which continues year-round thanks to skiing and spa facilities.hing that one might expect of a German picture book holiday. 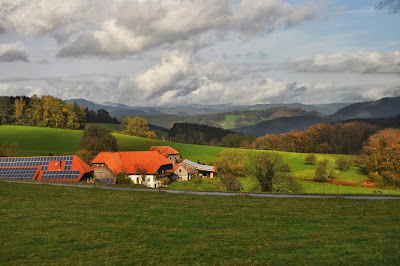 As the setting of countless Grimm Brothers’ fairy tales, the Black Forest happily plays up to its image as a land of cuckoo clocks, cherry gâteaux, outlandish traditional garb, hefty half-timbered farmhouses and hill upon hill of dark evergreen forest. But even brief exploration soon reveals more of the character of a region that’s part of the state of Baden-Württemburg but was shaped as much by its history as a long-disputed borderland between Germany, France and Switzerland – and where something of each is in evidence. 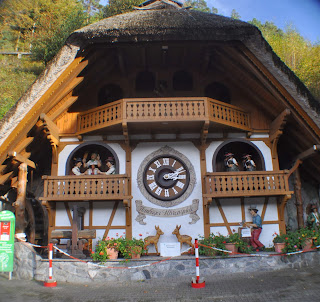 Since this area is famous for cuckoo clocks we stopped at one of the longest established shops, the Black Forest Cuckoo Clocks where they have one of the biggest cuckoo clocks in the world.

The shop is amazing and after a wood carving demonstration we were treated to the famous Black Forest Cherry cake...OMG this must have had 2000 calories! Fabulous....

We also had a delicious cherry wine made in the village....yummy.

We continued on to the open air farmhouse museum which was really interesting. It is a small village with original farmhouses intact from the 1700's complete with stables and farm animals. Very rustic and charming. 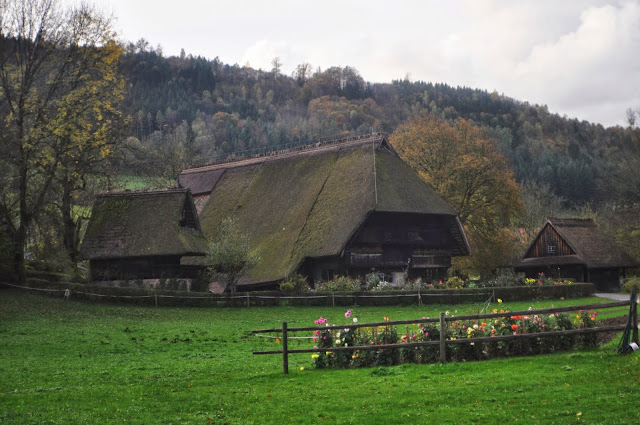 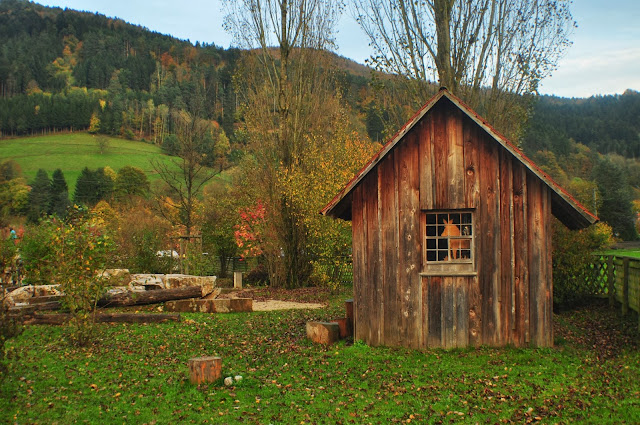 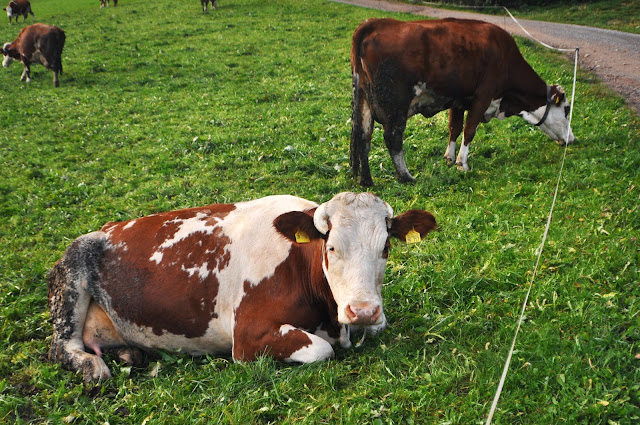 After a scenic drive back to the ship, it was time for a short nap to recover from my day of adventure. Dinner was wonderful and I made it an early night back to bed.