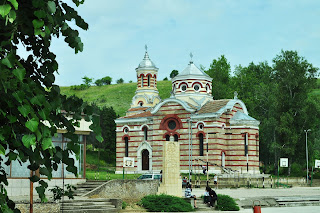 06 June 2011 - This morning we arrived in Vidin, Bulgaria.Vidin is one of the oldest towns along the Bulgarian Danube bank. Here you will find many farms and the region is well known for wine and ceramics. The Turks built an extensive city wall around Vidin, and by the 16th. century it was the largest town in Bulgaria. During the 18th. and 19th. centuries Vidin prospered from the increase in river traffic. Today, as evidence of the different cultures that settled here you can find churches, synagogues, mosques, a bazaar and ruins of a medieval fortress. 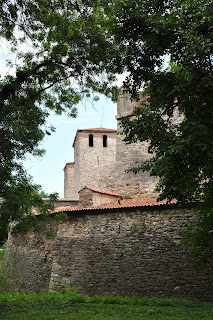 After the tour of Vidin we went to visit the Fortress of Baba Vida. The construction of Baba Vida was started based on the ruins of an old Roman fortified watch-point called Bononia, which was most likely built over the foundations of an ancient Thracian settlement at the beginning of I A.D. The Bononia watch-point was in use from the middle of I till the end of VI A.D. It formed a part of the Danube border of the Roman Empire. The remains of the fortifications can be still seen today in different places in the town of Vidin. The best preserved section is the base of the northeast corner tower, which later became incorporated into the Baba Vida fortress during its construction. 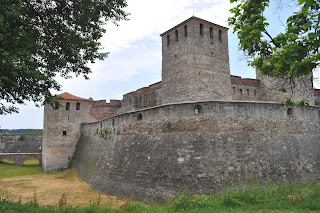 Walking around the fortress on my own was a great experience since it was very quiet and peaceful and the area was filled with beautiful flowers and it was easy to believe that you were in a time centuries ago. Once can only imagine how life was when you needed such a fortress for protections. The view from the watch tower was amazing and went on for miles. Baba Vida was declared a national cultural monument in 1964 and also in 1964 the fortress opened a summer theater, which held traditional theatrical summer days. Many filmmakers recognize the unique natural scenery of the Baba Vida fortress.  The castle itself inside protects a number of findings and information about the history of the fortress. The entire fortress is tailored for tourism purposes, and visitors today can see the that the fortress is well maintained and in near natural condition and appearance. 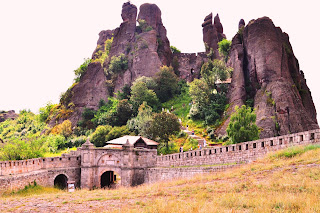 After the fortress visit we headed towards a natural wonder, the rock formations of Belogradchick. Belogradchik is situated in an extremely picturesque region with unique rock formations and natural sights. Thus it has become a famous tourism centre with excellent resources for trips, cave and bicycle tourism, mountain climbing, hunting, fishing or even astronomic observation.  Belogradchick emerged during the middle ages with the construction of a fortress amidst the rocks, which determined the development of the settlement. The town is named after the white monastery of the fortress.
Posted by Grand Explorer