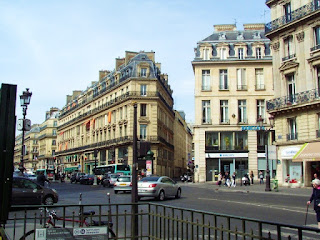 24 May 2011 - Last night for the first time in many years I slept for 8 hours straight! The room was cool and totally dark and I was snug as a bug. This morning I had breakfast on the balcony and although it was a cliche I had croissants and coffee.....yummy.

I was then off in search of adventure. Once you are on the metro it's so easy to get around. There were some great metro performers playing classical music on violins and they were so amazing, you would swear you were in a great concert hall.

There were about 8 people and I could have listened to them for hours they were that good. 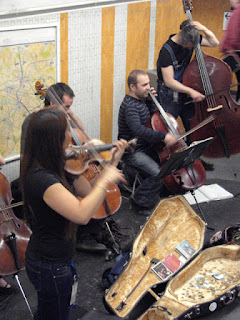 I found some fun shops along the way and bought a great tote bag with images of Paris all over it and a cute charm bracelet with several charms of the icons of Paris. (Typical tourist, I know :) 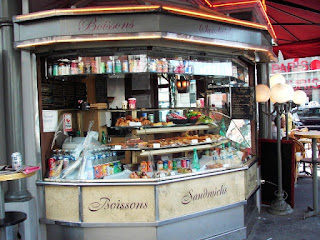 After a quick soft drink at a sidewalk cafe, I was off to the tourist office to pick up my museum pass. These are a great value since it allows entrance to all the major museums and attractions including the top of the Arch de Triomphe and the top of Notre Dame. You also go thru a special entrance at each venue so you don't have to wait in line which is worth the cost of the pass in itself as the lines can be very long. 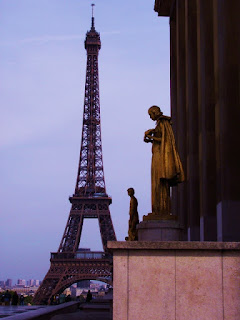 I then wandered the streets and finally made my way to the Trocadero and the Jardins De Chaillot on the way to the Eiffel Tower.  I had my picture taken with a mime, that was really great.


Once I had been walking for several hours I stopped and had an ice-cream from a roadside cart, man 4 Euros! Thank goodness it was awesome..lol

By late afternoon it was time to head back since I am still putting in a few hours of work every day, not too hard though working while overlooking Paris and the pretty rooftops.

As I exited at my metro stop I saw a small street market and decided to do some investigating. I found a tempting stall selling "Rocher Coco which are mounds of coconut macaroons....UNREAL THEY ARE SO GOOODDDDD. hahaha.

Once back to my apartment I had a salmon caserole, some Camenbert cheese and some wine and of course my coconut macaroon find. I thought I would miss my Starbuks coffee but I bought some great Guatemalan coffee which is rich and tasty. 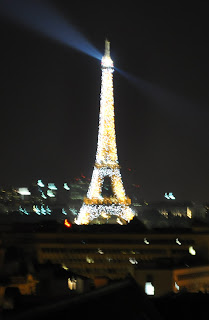 After a bit of work I had another glass of wine as the Eiffel Tower was starting to light up......ahhhhhh c'est la vie!